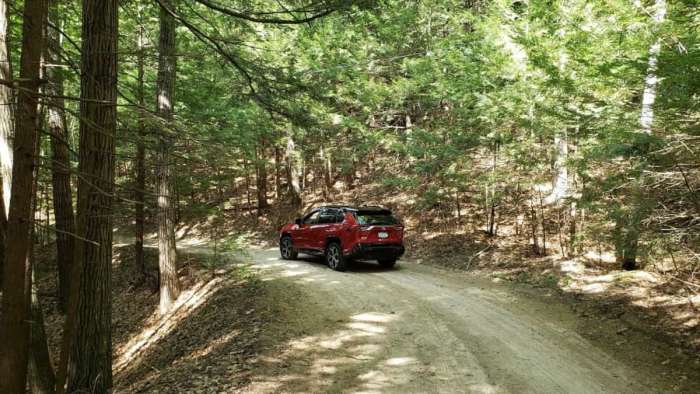 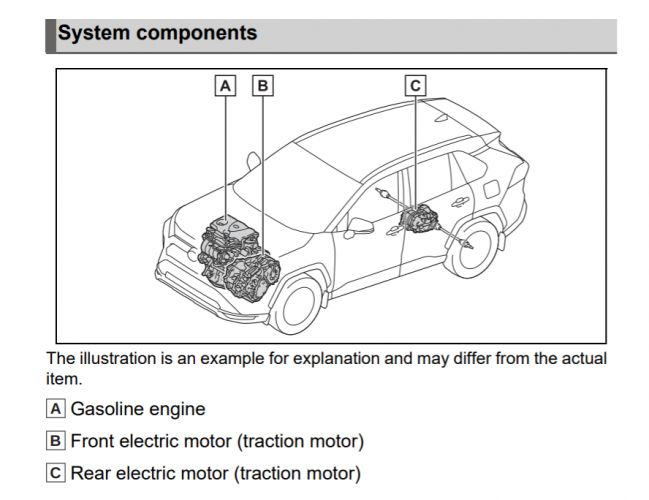 This system was first used by Toyota on the RAV4 Hybrid, now in its second generation. The RAV4 Prime and RAV4 Hybrid now use the same rear electric motor and drive system. We have tested the RAV4 Hybrid in the winter to see how well its AWD system handled winter and came away impressed. You can read that review here.

This past week, we tested the new 2021 Toyota RAV4 Prime’s AWD system on loose sand and gravel in the woods of New Hampshire to see how well the Prime’s system works. In addition, we spoke by video call with two of Toyota’s technical product managers to learn as much about the system and how it operates as possible.

RAV4 Prime - AWD In Every Possible Drive Mode
The first thing we wanted to clarify was whether the AWD system in the RAV4 Prime could ever be caught off guard, and only be providing front wheel drive when starting off. The simple answer is “no.” In every possible drive mode configuration, the RAV4 Prime offers power to the rear wheels. The RAV4 Prime’s drivetrain can be configured for all-electric operation, a combination of electric and hybrid power called automatic, and also a hybrid-only mode for preserving battery range for later all-electric use. There are also multiple drive modes including Eco, Normal, Sport, and Trail. In every possible combination, the RAV4 Prime powers the rear wheels when the driver starts off from a stop. 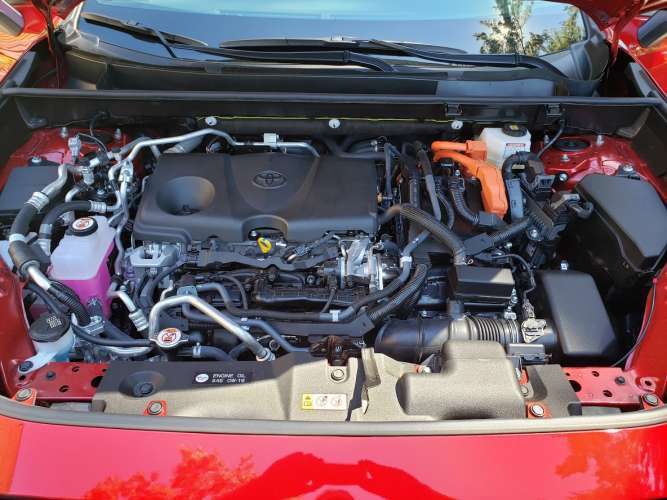 The RAV4 Prime offers a total of 302 hp from all three of its motors. The gasoline engine and front electric motor send the majority of the power to the front wheels. 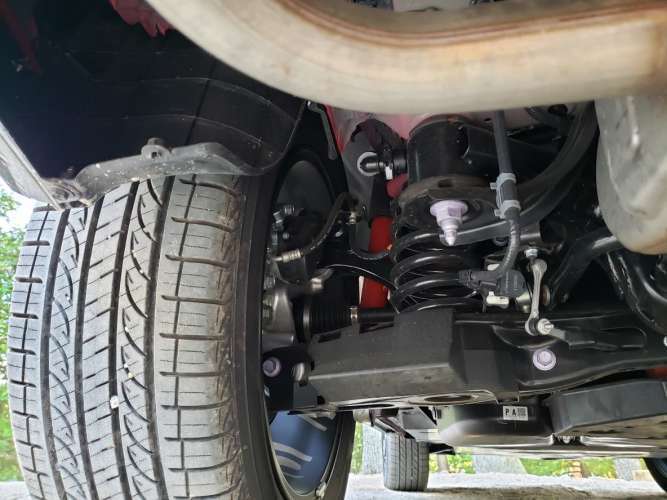 The rear electric motor can supply up to about 55 hp to the rear wheels based on the available traction and other factors. This setup makes the RAV4 Prime’s AWD system one that enables all-road and all-weather traction. In addition, the RAV4 Prime can be used on trails for some light off-road operation. Toyota did not design the RAV Prime’s AWD system to provide a rear-wheel drive sensation for performance driving. Nor do we think that would have made sense given the RAV4’s mission. 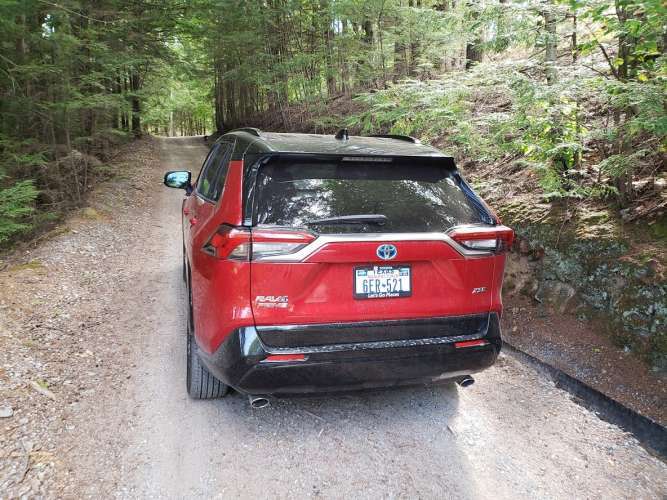 RAV4 Prime - AWD Hill Start Test
To test the capability of the AWD system, we found a steep hill with both sand and marble-like stones that would make effective traction challenging. We pointed the RAV4 Prime up the hill and stopped half-way up. Then, we did the exact wrong thing for a smooth slip-free start. We mashed the power pedal. The RAV4 Prime does spin its front tires in this situation, and it is no surprise. An AWD Subaru Forester and Mazda CX-5 crossover we own behaves exactly the same way. The AWD system of any crossover will spin the front tires temporarily in certain situations.

By contrast, when we instead simply applied a normal amount of throttle to the RAV4 Prime there was zero wheel slip in this challenging test. The vehicle started off smoothly and confidently. You can see it in the video above.

Given enough time, the RAV4 Prime’s AWD system would catch up to the front wheels as it began to move forward, even with a jack-rabbit start. As momentum shifts, the AWD system can adjust the power, and the RAV4 Prime hooks up and surges ahead. Again, just like the system in a conventionally-designed AWD crossover.

RAV4 Prime - Electric Power Is Never Really At Zero
Two things are unusual about the RAV4 Prime and how it performs. First, it always uses at least some electric power when starting off. Even when the EV range is at “zero,” the hybrid mode still has electric power in reserve. It never really goes so low that the vehicle does not combine electric and engine power to drive the four wheels when one starts from a stop. This means that the RAV4 Prime feels like a battery-electric vehicle in almost every scenario.

Second, there is zero torque-steer with the RAV4 Prime, even when one has the front wheels turned and accelerates briskly from a stop. As one might when merging into traffic from a stop sign or intersection. Even with 302 hp, more than every mainstream crossover its size, the RAV4 Prime’s power delivery through its all-wheel drive system is smooth and satisfying.

Those wondering if the RAV4 Prime is AWD when in reverse will be glad to know that the answer is "Yes!" We confirmed this directly with Toyota.

In addition to acting as a power-delivery system for the RAV4 Prime, the rear motor is also a generator. When one decelerates, the RAV4 Prime’s rear electric motor helps slow the vehicle and recaptures the energy that would otherwise be lost. This is the genius of any hybrid or plug-in hybrid. It boosts efficiency significantly.

2021 Toyota RAV4 Prime AWD System Conclusion
Our conclusion after testing the all-wheel drive design that Toyota employs in the RAV4 Prime is that it is an effective system to make use of the class-leading power the RAV4 Prime offers. We’d like to thank Toyota for taking the time to help us understand its operations fully and we hope our story and video help to clarify for fans and owners exactly how the system works both in theory and in the real world.

You can read our full review of the 2021 Toyota RAV4 Prime at this link.