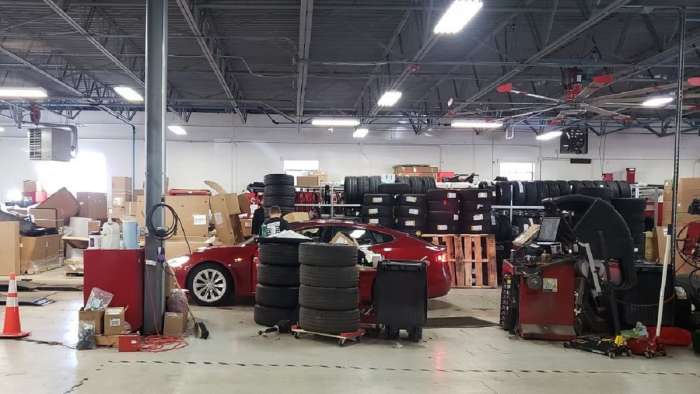 We contrast the difference in price to maintain a 2021 Toyota RAV4 Prime PHEV and a Tesla Model Y BEV all-wheel drive green crossover. The result surprised us.
Advertisement 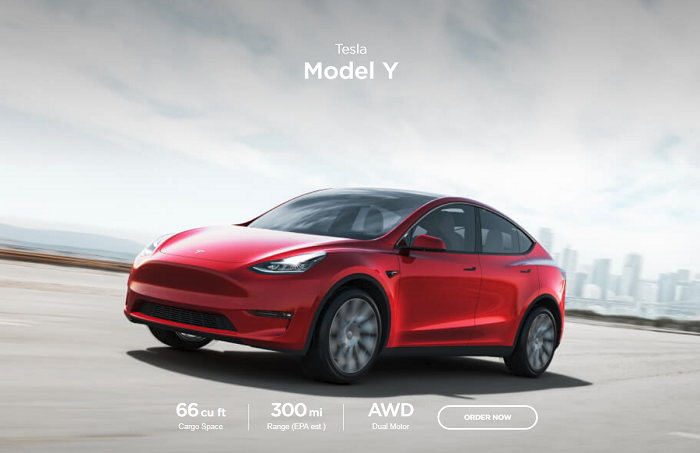 Many EV advocates point to legacy ICE vehicle costs of maintenance when they argue that electric vehicles have an overall lower cost of ownership. In theory, we agree that battery electric vehicles (BEVs) should be lower in cost. However, we have carefully tracked the costs to maintain multiple conventional gas-powered vehicles over their lifespans. We know that the single highest cost to maintain a vehicle is not oil, not transmission fluid, not a timing belt change, but rather, tire replacement. 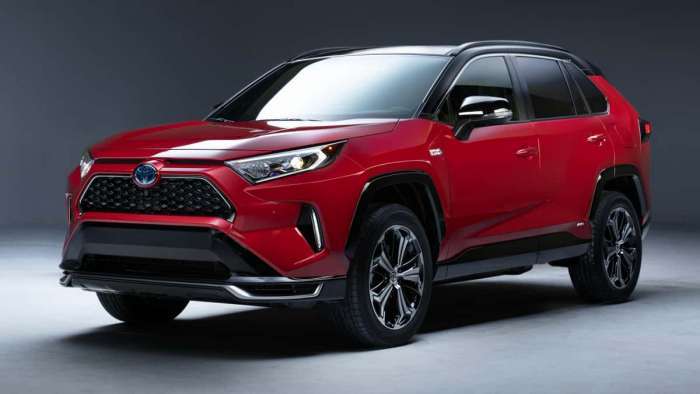 BEVs have many of the same costs of maintenance as do modern green PHEVs. To make this story a bit easier to follow, we won’t tally up those costs that are the same or nearly identical. For example, tire rotation. Why bother? Instead, we will contrast a specific battery electric vehicle with a specific plug-in hybrid, both with all-wheel drive, and both the same size. Our aim is to see how much more the PHEV will cost an owner to maintain. We will do so for two sets of mileage totals. 50,000 and 100,000 miles. 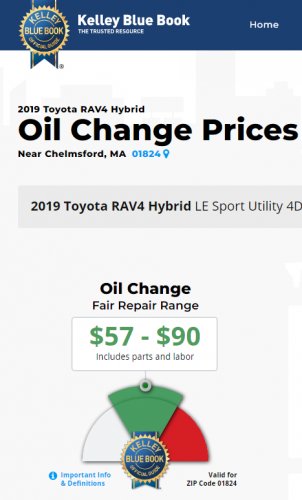 Toyota RAV4 PHEV Oil Change Costs
Toyota’s RAV4 Prime has a 10,000-mile change interval. However, it has a 5,000-mile change interval for certain conditions. We will calculate the costs both ways. To find the price of an oil change for the RAV4 Prime, we phoned the nearest Toyota dealer to us (Toyota of Woburn, MA). The service department was very helpful. In addition, we used KBB’s service cost estimator and plugged in the RAV4 Hybrid, which is the closest vehicle to the new RAV4 Prime and shares the same oil change costs.

The undiscounted cost of an oil change we will use is $80. That is what we were quoted by Woburn Toyota, and it falls neatly within the KBB estimate. Using the 10K change interval, the oil cost for the RAV4 Prime at 50K miles is $240 (3 changes). The total cost by 100K miles would be $640 (8 changes). If we use the shorter 5K service interval, the cost is $400 (5 changes) by 50K miles, and $1,200 by 100K miles (15 changes). Remember, these costs take into account Toyota’s 25K miles of included maintenance. It does not take into account service discounts for oil changes, which are very common. Mazda has been offering health care workers free oil changes for months (for any brand). $49 synthetic oil change deals are commonplace. Dealers know that cheap oil changes bring shoppers to showrooms to browse. 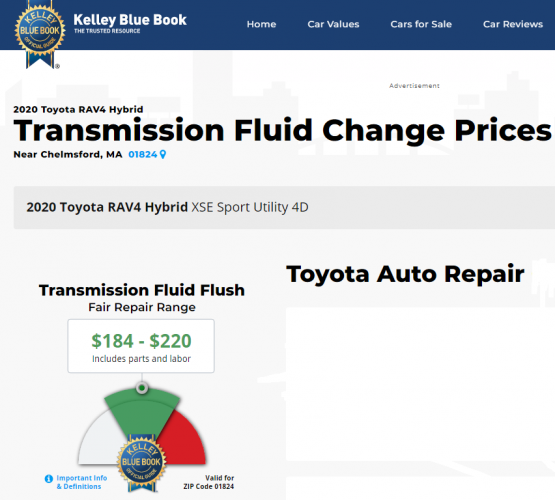 According to Woburn Toyota, the RAV4 Prime’s engine does not have a replaceable belt, but rather a timing chain that is not a maintenance item. Like all modern crossovers, there is no power steering pump that uses hydraulic fluid in the RAV4 Prime. Like all modern ICE engines, the RAV4 Prime cannot be “tuned up.” That term originated when adjustable distributor caps were still being used. There is no way to “tune up” a RAV4 Prime engine. The coolant of the RAV4 Prime’s engine is rated for over 100K miles. All of these costs are zero. When the RAV4’s spark plugs do need changing at 120K miles, they cost about $14 each. We had the iridium plugs in a V6 Highlander changed this month for just $80.

RAV4 Prime Filters – Cabin, Battery, Engine
The RAV4 Prime has an engine air filter. The cost from Toyota’s parts department is $35. You can buy one on Amazon for $14. It can be replaced at home with no tools, just like the air filter element in many ICE vehicles. It has a change interval of 30K miles. We will assign a $50 cost for this item, figuring some owners may add it to other work done by the dealer. So, by 50K miles, it would cost an owner $50, and by 100K miles about $150.

Since all modern vehicles have a cabin air filter, we will not assign a cost to the RAV4 Prime for this item. They can be purchased on Amazon for around $10 and changed in under 3 minutes without tools (it’s behind the glove box). The Model Y has two cabin air filters, but we will call this one a zero cost for both vehicles in our analysis.

RAV4 Prime Tires vs. Model Y Tires
Although Tesla owners often report short mileage life for tires compared to most vehicles, we will assume that the time for changing them is the same for the Model Y and RAV4 Prime. Based on what Tesla owners report at the Tesla owners’ forum, we will use a 30,000-mile tire change interval. Three sets of replacement tires over 100K miles is not unusual based on our detailed records of multiple vehicles, which include a Toyota crossover.

We priced tires using Tire Rack. Since the RAV4 Prime trim was just released this very month and is not yet listed, we used the RAV4 Hybrid as an example, but we verified that the tires size was the same as the Prime. We priced the least expensive OEM tire size for both the RAV4 Prime and Model Y. We also tried to match the original tire model (OEM) since Tire Rack lets you sort that way. We found a cost for the RAV4 Prime of $153-$165 for size 225/60R18. Therefore, we will assign a cost of $160 x4 tires at 50K miles and $160 x12 at 100K miles. The totals are $640 and $1,920, respectively.

Brakes – RAV4 Prime vs. Tesla Model Y
Like every green vehicle, both the Toyota RAV4 Prime and Tesla Model Y have regenerative engine braking systems. Although we suspect that brake services at Tesla may be more expensive than at Toyota, we will call this even.

Summary of Costs Toyota RAV4 Prime vs. Tesla Model Y
To summarize, the RAV4 Prime has added costs that the Tesla Model Y does not.
We estimate that the added costs at 50K miles total up this way:
Oil = $240 or $400 depending upon change frequency
Transmission Fluid - $0 or $200 depending upon if the owner changes the fluid
Engine air filter - $50
Tires -A credit of $492
Total Cost Difference– A credit to the RAV4 Prime of $202 to a credit to the Tesla Model Y of $108.
So, by our estimation and calculation, and with all the possible maintenance we can think to throw at the RAV4 Prime PHEV, by 50K miles, there is simply no meaningful difference in maintenance costs to the owner between these two vehicles. They appear to be equal.

We estimate that the added costs at 100K miles total up this way:

Conclusion RAV4 Prime vs. Tesla Model Y Maintenance Costs
Our contrast between these two green AWD crossovers of equal size, one with a plug-in hybrid electric vehicle (PHEV) drivetrain and one with a battery-electric vehicle (BEV) drivetrain, is that the maintenance costs at both 50K miles and 100K miles seem to favor the PHEV. We conclude that the difference is as much as $926 in favor of the PHEV, ranging to a possible difference of $274 favoring the BEV. Most of the reason for this is tires. Had they worn the same tires, the outcome could be different. But not significantly different. We find a total cost of maintenance for 100K miles related to the RAV4 Prime’s engine ranging from about $550 to about $1,750. Given that these vehicles have an up-front cost to the consumer ranging from about $31K to about $73K, drivetrain maintenance is a small fraction of the cost of ownership. 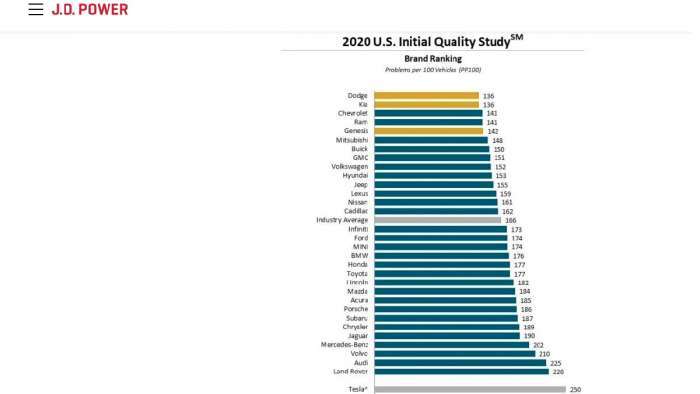 Since both of these vehicles are very new to market, it is hard to say what their repair costs might be. Toyota has a long legacy of durability, reliability, and quality, and still scores above average or near the top of every survey of owners related to reliability. Its hybrid vehicles tend to be the top-performers on quality surveys. Tesla’s legacy is mixed. It scored dead last on a recent survey of owners by J.D. Power related to initial quality, but the brand has seen gains in overall quality.

If you see any mistakes in this story, please point them out. If they are mathematical, or error by omission, we will edit the story and make a note about the edits in the story as well. We were surprised that the Toyota PHEV was the less expensive to maintain vehicle compared to a Tesla BEV. What is your opinion of this maintenance cost analysis of two AWD green crossovers of equal size?