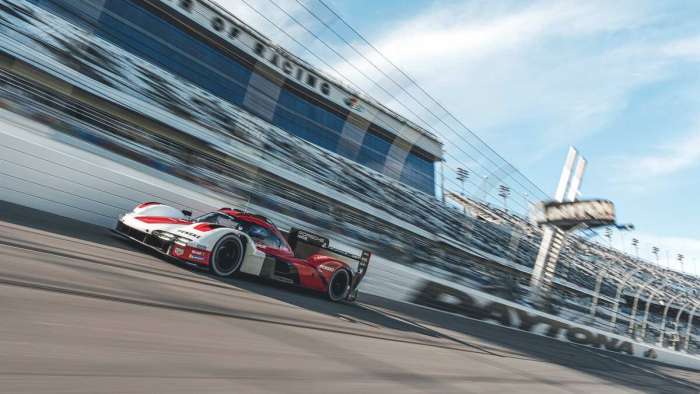 Check out these excellent pictures of the Porsche 963 which will compete in the World Endurance Championship and the IMSA SportsCar Championship in 2023.
Advertisement

The Porsche Penske Motorsport team has been testing next year's 963 hypercar at Daytona and the trip has given us some great new pictures of the LMDh racecar. 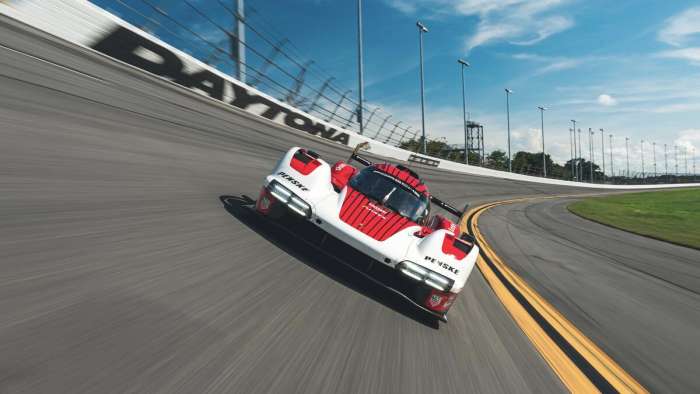 The Porsche 963 will compete in the World Endurance Championship and the IMSA SportsCar Championship in 2023. Taking place over two days on the same track layout at January's Roar Before the 24 and Rolex 24 Hours the team put in a total of 1413 miles; just about the distance that cars will cover during the full endurance race. 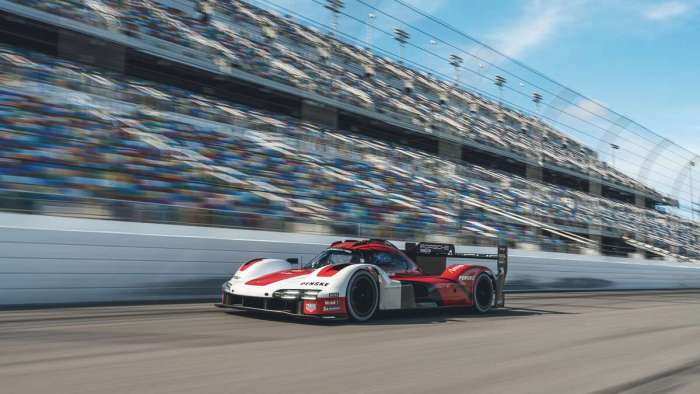 Test Conditions
All told, Porsche's new prototype hammered in 397 testing laps on Daytona's combination of speedway banking and winding infield track. The weather, while not exactly cooperative, gave the team a variety of testing conditions to work with. Temperatures stayed high around 95 Fahrenheit with humidity over 90% and regular downpours giving the team plenty of wet weather practice. Lightning strikes near the track delayed the start of testing by half an hour as the marshals were forced to retreat indoors to seek shelter. 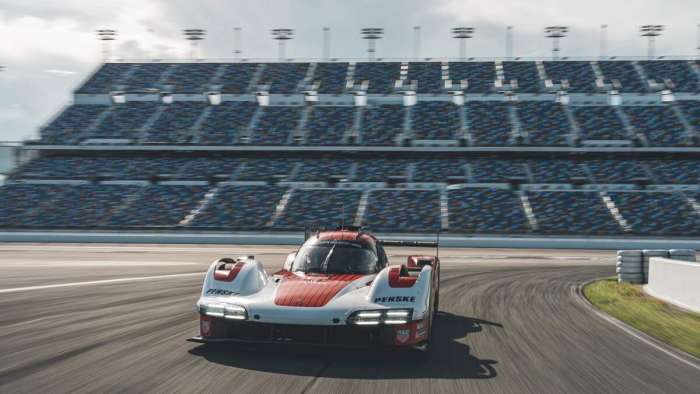 Drivers Dane Cameron, Matt Campbell and Mathieu Jaminet shared time behind the wheel, and praised the 963 for its cabin's familiar look, with much of the switchgear and the steering wheel being carried over from Porsche's other race offerings. The team ran out on track until 10 pm on the second day of testing, at which point Mother Nature gave a spectacular sendoff, lighting the sky with forks of lightning. The car reportedly ran well and without any major issues. 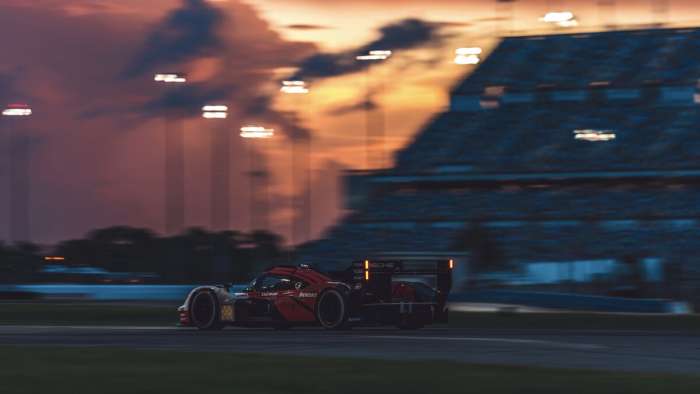 The Porsche 963
Under the 963's aerodynamic bodywork is a chassis built by Canada's Multimatic; one of four suppliers that OEMs can choose from when putting together their LMDh racer. Nestled among the carbon fibre is a Porsche-designed twin-turbo V8 displacing 4.6 litres and revving to 10,000 rpm, developed from the one in the 918 Spyder and before that the RS Spyder.

Supported by an electric motor and sending power to the rear wheels, the whole system puts out 670 horsepower as per the rulebook. The seven-speed transmission and electric motor are identical across all every Le Mans hypercar to keep costs down with Xtrac supplying the gearbox and Williams Advanced Engineering providing the electrical equipment. The 963 name pays homage to the dominant 962 racer from the 1980s. 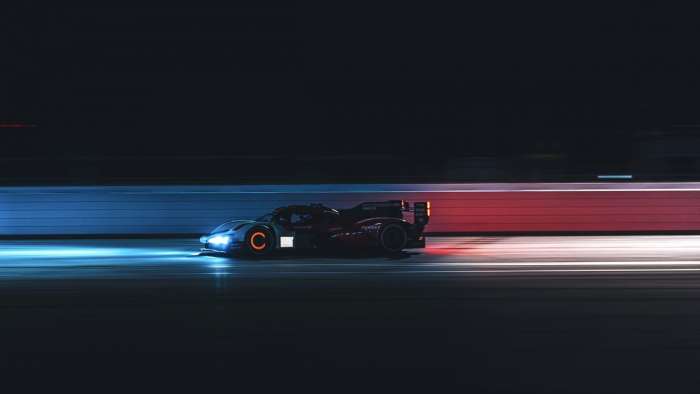 IMSA and the WEC will both see a pair of Porsche 963s take to the track in 2023, with the car targeted for a non-points dress rehearsal at the 8 Hours of Bahrain on November 12th. After that it's the Roar Before the 24 on January 20th followed by the 963's competition debut at the 24 Hours of Daytona on January 26th. 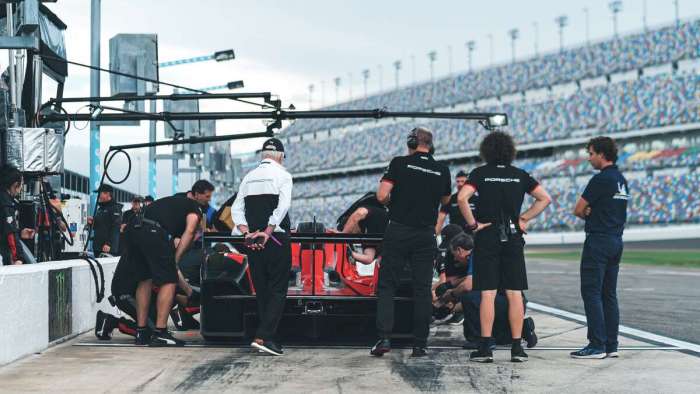