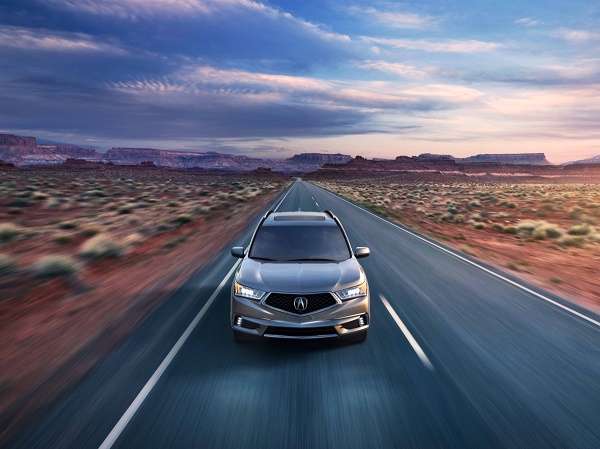 While attending the 2015 Los Angeles Auto Show, Torque News had the opportunity to interview Acura designer Michelle Christensen. To state the she is as dynamic as the cars she designs is an understatement. First and foremost Michelle is an artist. As the lead body designer of the 2017 Acura NSX and Acura Precision Concept, Ms Christensen has been a driving force in bringing Acura MDX design into the future.

Gone is the “beak,” frankly the only MDX detractor noted by Torque News readers. Of Course there's much more to the 2017 MDX refresh than a redesigned grill, body trim and oversized wheel designs. In short, 2017 Acura MDX will come to market with a surprise or two.

"We're raising the Acura MDX's game for 2017 with premium new features and technologies that luxury SUV buyers want, complemented by bold, new styling we know they're going to love," said Jon Ikeda, vice president and general manager, Acura Division. "Backed by its high-performance credentials, the 2017 MDX has advanced its competitiveness and will continue its legacy of leadership as the best-selling three-row luxury SUV in America."

MDX Is all about purchase value and premium content

The 2017 MDX leads its class with its combination of refined and responsive power and outstanding fuel efficiency. The 3.5-liter direct-injected i-VTEC® 24-valve V-6 engine is rated at 290 peak horsepower and 267 lb.-ft. peak torque.

Keeping it short and sweet: I love driving MDX. It’s quiet, fuel efficient,powerful and easily maneuvered in and out of town. In SH-AWD trim, MDX is as happy on a gravel road as it is on the highway. On a long trip, I find MDX to be virtually fatigue free when behind the wheel and nap inducing when riding in the second row. For those of us that don’t require 7 passenger accommodations, I believe the optional second row captain's chair layout to be ideal.

With a beginning MSRP of $43,950 ( FWD MDX) when compared to import and domestic competition, dollar for dollar, 2017 Acura MDX will once again represent a measurable bargain in the premium midsize 3-row SUV segment. You may catch our latest drive and ride review here.