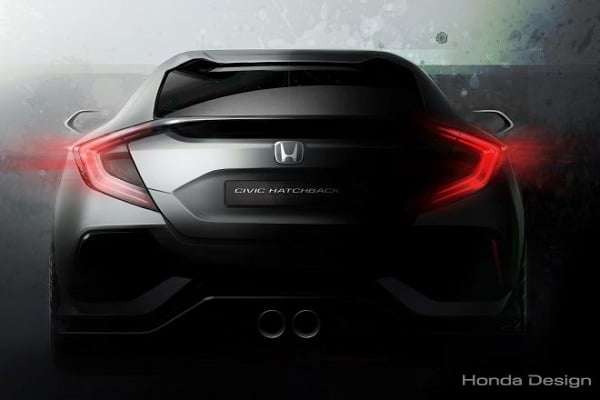 Not much learned from ‘leaked’ 2017 Honda Hatchback variant list

Well they’re at it again. With the help of an old friend, Honda fans throw caution to the wind!
Advertisement

One would be hard-pressed to find a more loyal group of car enthusiasts then our Honda Civic fans. The CivicX generation is no exception. Apparently, more than a few of them simply can’t wait for a forthcoming announcement from American Honda Motors as to the available variants of Honda’s first turbocharged 5 door hatchback variant. Who knows why, you can’t order one yet, can you?

From the rumor mill that is Hondapro Jason

Well, I have to hand it to Jason, his information is dead on more often than not. As a Honda salesman for 19 years, He has a friend or two in the business, and generally one or two that will step out of the cubicle for a cup of coffee as Jason nabs a screenshot or two, of the “confidential” dealership cut list. It’s good harmless fun, right buddy? I spent some seat time with Jason in San Diego, California. He is the self-appointed head of Honda’s cheering section.

O.K., I too hang around the virtual watercooler a bit while tapping on a Honda insider’s shoulder or two for a bit of information. My dealership buddies don’t expect to see a 2017 Honda Hatchback roll of the transport truck any earlier than mid-September, early October.

Looking to our latest Hatchback article, that makes sense. In the meantime, looking to the dealership order cut list, we do discover a thing or two as 2017 Honda Civic Hatchback variants. While the lineup largely follows this car, there may be a European market influence or two.

And then there’s also that promi6-speedbocharged 6 speed manual transmission, we think! There goes that rumor mill thing again. You see our buddies over at Honda had further hinted at the near future availability of segmented CVT transmission with steering wheel mounted paddle shifting. Which one is it, the “Sport.” That’s the thing. Without Jason showing us the complete screenshot, right and left side, we still don’t know -- fun isn’t it?