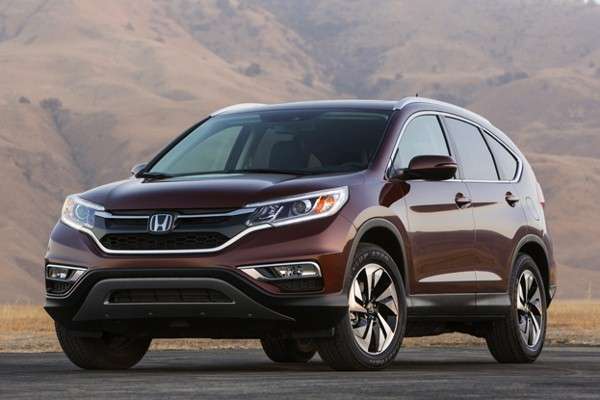 Honda has opted not to fix something that isn’t broken. The best selling SUV in North America will receive a minor cosmetic refresh. Will this be enough to keep CR-V at the top of its segment?
Advertisement

Honda CR-V is the best selling small SUV in North America, 7 out of the last 10 years. That’s a big deal considering that there’s no lack of competition in the small SUV class. Honda has opted not to fix something that isn’t broken. As the economy continues to up-tick, the SUV automotive segment is the fastest growing in North America. With Ford Escape, Toyota Rav4, Ford Explorer and Nissan Rogue chewing on CR-Vs rear bumper, a mid-cycle refresh may just be the trick for preserving CR-Vs # 1 ranking in the segment.

Just a side note: American Honda Motors is on a roll. Acura’s MDX holds the # 1 position for an entry level luxury 3 row SUV in North America, with Civic size RDX close on it’s bumper. Honda offers the full size Pilot in this segment, a shaker, but not a big sales maker. Driver’s look to the ever- upsizing CR-V as a un compromised ownership value.

Torque News has reported that SUV sales are driving Acura toward profitability as the introduction of the all new TLX brings returning and new performance sedan owners back to the Acura.

As to Honda’s current domestic car lineup: While divers line up to buy Accord, the number one selling midsize sedan and Civic, the number one selling subcompact in North America, it’s CR-V coming in at # 3 for Honda with high volume sales among young and old progressives, growing families and retirees alike. 0ver 300,000 Honda CR-Vs will be sold domestically in 2014.

The CR-V owners we’ve interviewed love CR-V. They look to dependability, reasonable fuel economy, transformer like utility and high residual value from CR-V; it delivers all. We spent a few days driving the 2014 CR-V, you made read our review here.

CR-V’s a great value for the $ spent. In our opinion , you can’t find a greater standard featured small SUV in North America for under $25,000.

The continued success of CR-V is guaranteed through carefully planned logical progression. Honda knows what they’re doing when it comes to reliable, long lasting light truck based SUVs. Torque News will drive and review the 2015 Honda CR-V this week in Huntington Beach, California. We’ve read rumors of CVT and “Earth Dreams” technology being integrated into a better looking CR-V. Look for our review next week, Sept. 30, following the National Automotive Press Roll Out.