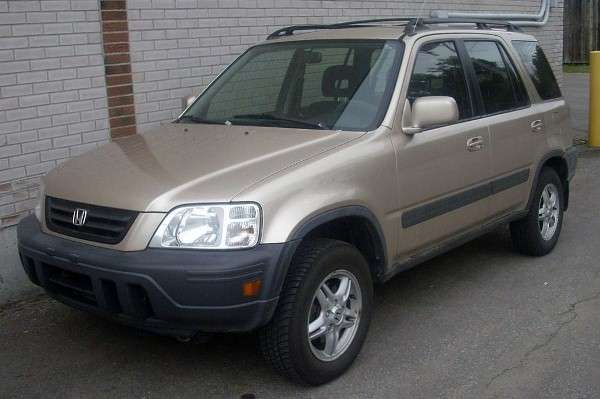 Looking to the first generation CR-V, one can see how far CR-V developement has come in the past 15 years. Will the 2015 CR-V offer enough to keep it at #1 in North America?
Advertisement

Does 2015 Honda CR-V take small SUV developement to a new level? Other than a spy shot or two and speculation as to a new drivetrain, we have no idea as to what improvements will come to North America’s best selling SUV. Well, maybe a couple.

We can look to Japan for answers as to what improvements will come to North America with the release of the mid-cycle refreshed 2015 Honda CR-V SUV. Honda’s big on “Blue Skies for Our Children” and “Earth Dreams” engine technology, we anticipate both from CR-V.

However, we won’t know until Thursday what “Earth Dreams” i-VTEC will come standard in CR-V. looking to the 2014 CR-V, Civic and Honda Accord, we find a 2356 c.c. aluminum block and head 16 valve DOHC direct fuel injected 4 cylinder. Eco assist mode through variable timing, changing shift points and fuel management works the magic for CR-V. Will we see the same engine standard for 2015 CR-V, doubt it.

There’s a pretty strong and mildly substantiated rumor circulating the Honda sphere that CR-V will be equipped with CVT for 2015. It’s our belief that while the current 5 speed automatic is a good transmission, CVT ( constantly variable transmission) will be called on to increase CR-V city average mpg by no less than 3 mpg. That’s a tall order but Honda can do it.

That’s what Honda promised earlier in the year standard, across the line. We anticipate 2015 CR-V to be the most personal communications connected and touch screen interactive CR-V in Honda history. Also, as promised by Honda, CR-V should come standard equipped with first year emergency roadside assistance.

Torque News readers would like to see a greater variety of colors available for CR-V, an electric lift gate, select shift ( on and off) all wheel drive and slightly better fuel economy. That’s it. Honda CR-V is the best selling small SUV in North America for the simple reason that owners like and recommend CR-V. Honda didn’t perform major surgery on CR-V for 2015, they didn’t have to.

mark wrote on September 28, 2014 - 3:03pm Permalink
Clearly the CR-V DOESN'T weigh considerably less than Accord as stated above. This simple, easily researched fact that the CR-V weighs MORE than Accord does cause one to question the knowledge of the writer. They will put the same 2.4 CVT as in the Accord, like duh.
Parks McCants wrote on October 8, 2014 - 10:17pm Permalink
Welcome Mark.. Actually, CR-V does weigh 230lbs less than Acord Tech and Tour as well as Hibrid. I stand by my statement based on Honda data. Thanks for dropping in.