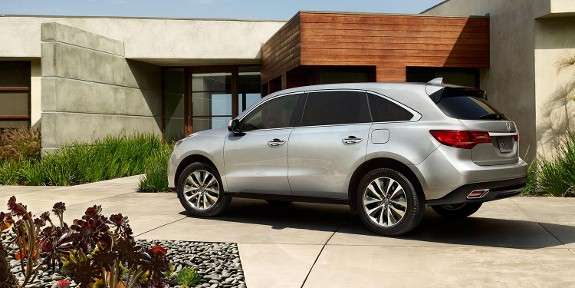 Looking to the numbers, Acura tells us that the popular MDX SUV drove a 10.5 percent increase in overall sales for March, generally a slow month for Auto sales. Torque News takes a closer look at the numbers.
Advertisement

Working in and around the auto industry for the better part of 3 decades toughens the proverbial skin a-bit. When it comes to production, versus dealership sales numbers, we take reported sales numbers with a grain of salt. They don’t weigh much in predicting sales momentum for the balance of the year.

Looking closely at ‘sales to date’ numbers released by American Honda Motors on April Fools Day, (no joke) we discover that the “number one luxury car maker by letter,” is not an exception to the first quarter sales blues.

While the MDX SUV is kicking butt on the sales lot, the balance of the line recorded negative sales figures for March. Is this a reflection on the quality of product or value received for the dollar spent? Not necessarily.

In the car sales business, January comes to a screeching halt following “end of the year” close out sales and “ Holiday, Christmas savings events. As the last 2013 models roll off of the lot in January and February, sales die off a bit as car buyers wait for the arrival of new models and subsequent factory discount and lease incentives.

Example: A nicely equipped MDX is available to well qualified lessees for $459 per month for 36 months, with $3499.00 due at signing. Not bad for an SUV that will go toe to toe with an Audi 6 or BMW 5 Series.

As to the rest of us, the auto industry depends on early (estimated) income tax returns and rebates to generate sales in March and early April.

With the release and arrival of 2014 Honda and Acura models arriving in mid March, sales pick up a bit as customers take delivery of their new cars.

Reading between the lines we discover that the RLX, MDX and RDX kept Acura in the red while the balance of the line struggled to find even numbers.

In looking at the big picture, Acura is tiny. Domestic Acura sales at 15,580 contribute less than 15% to American Honda Motors sales total for March. None the less, the 80.69 % increase for MDX sales for the month is impressive.

Another Words, Acura is quickly morphing into the small and midsize SUV of choice in North America, while the verdict remains out on the car sector of the line.

While we’re happy for the SUV owner that's chosen arguably the highest tech, standard equipped sports SUV in the industry, we look for great things to come for Acura with the release of the TLX sedan and 2015 RLX Sport Hybrid.

beelzebub wrote on April 2, 2014 - 9:20pm Permalink
CUVs have higher profit margins so Acura has to be happy about that. However, it does not help that they let the TSX & TL drag on for 6th year & then plan on replacing them both with one model. Top that with a less than exciting ILX & RLX, it is no surprise that their sedan sales are low.
Parks McCants wrote on April 3, 2014 - 6:13pm Permalink
Interesting statement. While I agree with you that the balance of the line has been hammered by poor sales resulting from? That has little to do with the popularity of the MDX and RDX. Looking to the numbers$, Acura has packaged its light truck offering with a greater number of tech-rich standard features than the competition. And, do so at a lower MSRP. As a former TL Driver, I can attest to the cramped cabin and exceedingly stiff ride. I believe that an aging demographic is driving the change throughout the Acura line. It will be interesting to see what the future brings. Thanks for dropping in beelze.