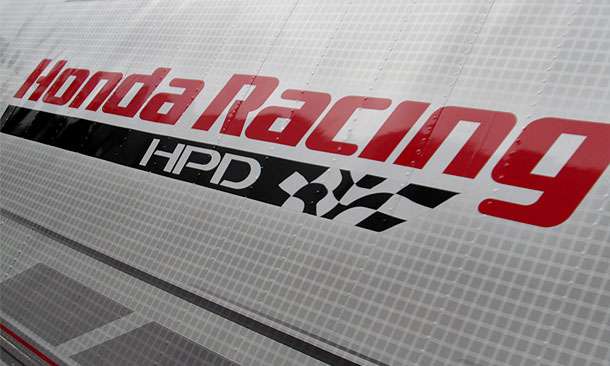 Much like horse racing and pro football, auto racing also makes the sports-book in Las Vegas. While Chevrolet fans have their money on Will Power, we, like Las Vegas, believe that Honda power and Andretti Autosport will take the flag at Indianapolis.
Advertisement

At 231.067 mph, anything can happen in IndyCar racing. This weekend will witness the trouncing of Chevrolet power at the Hands of Andretti Autosport and Honda Performance Development.

Our friends at HPD build and support the most winning engine in modern racing history. Last week we spoke with Dennis McCormack, a principle of High Performance Group and co- originator of the Formula lites car and subsequent racing series.

We asked Dennis why Formula Lites had opted out of an an agreement with Volkswagen to power the series, switching to Honda HPD. The answer was straightforward and simple: Cost per unit, reliability, run-cycles and stellar product support.

According to Dennis, a 43 year veteran driver and former IndyCar team owner, no one does what Honda does when it comes to race tested, proven performance. Last year Andretti Autosport ran the iconic Chevrolet twin turbocharged V6. In 2012 and 2013, Chevrolet won the coveted manufacturers trophy in IndyCar. This year Andretti returns to the Brickyard powered by Honda.

None- the- less, Honda holds the record for most wins and fewest engine related failures in IndyCar.

Although Team Penske Chevrolet “dirty driving” Will Power is a force to reckoned with, Vegas sports book better’s have sidelined him in this years running of the 500. However, racing is racing. Just two weeks prior, the inaugural running of the Grand Prix of Indianapolis demonstrated the hazardous downside of a standing start mishap,sending a pole positioned racer to the pits.

Hopefully we won’t witness another series of accidents as Honda powered Simon Pagenaud of Schmidt Peterson Motorsports, Carlos Munoz, James Hinchcliffe and Ryan Hunter-Reay compete for the coveted checkered flag in the 98th running of the Indianapolis 500.

Despite what Las Vegas thinks, Ed Carpenter and James Hinchcliffe set the fastest lap times in qualifying with a mere 1/10th of a second separating first and second position. Recording a 4 lap average speed of 231.067, Carpenter captured the pole position for the second year running.

The 2014 Indianapolis 500 may prove to be the fastest running of the Brickyard 500 in history. We’re hoping that they slow it down a bit in a quest for safety and fair play. Earlier in the week Honda power was sidelined with a fuel leak. According to HPD the problem’s been indentified and corrected..