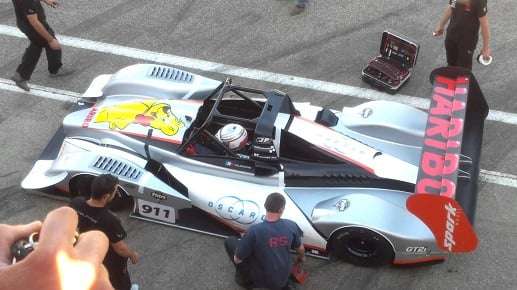 Honda Performance Development and Power Sports return to the 92nd running of Pikes Peak in force. With entrants in seven divisions and an agreement to power Romain Dumas in the unlimited class, Honda will be the manufacturer to beat in June.
Advertisement

The Broadmoor Pikes Peak International Hill Climb is the second oldest running race in the United States. Sanctioned by the American Motorcycle Association, Pikes Peak has taken its share of riders and driver over the years.The course is treacherous and demanding, unpredictable and unforgiving.

This year marks the second time that Honda will participate as corporate co-sponsor, provide service vehicles and participate in the installation and maintenance of safety air fences at strategic corners along the climb.

When I rode Pikes Peak back in the day, it was gravel, partially covered with snow and Ice; in July.
I dumped my Norton Commando in the gravel on a sweeping turn, but made the summit. My top speed at the time may have been 60 mph or so. Today, the road is paved and course speed approaches 130 mph on the straits, with average speeds approaching 100 mph.

Frenchman and Grand Prix racer Romain Dumas was rookie of the year in 2011.He missed first position by less than 1 second.We shed no tears for Dumas who currently holds the world record in the Pikes Peak Open Class driving our favorite car, a Porsche 997 GT 3 R.

Sebastian Loeb holds the record today in the unlimited class with a time to beat of 8.13.878. He did so in a Peugeot; It’s good to be French.

Dumas brings his own ride to Pikes Peak in 2014. He will be piloting a Norma 20 powered by Honda Performance Development’s 3.5 liter twin turbo V6; we think. Honda’s not saying.

None the less, as the best hill climb drivers in the world compete for top place in the record books, Romain Dumas and Team Honda will be up against the likes of Nobhiro “ Monster” Tajima, the man that holds more wins on the mountain than any other driver to date, Sabastian Loeb, he holds the record in unlimited set in 2012, David Donner and others.