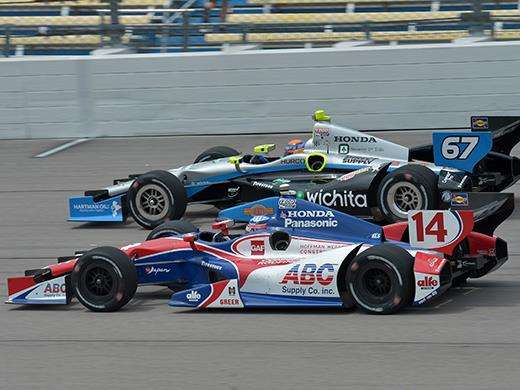 While many factors lead to the winner’s circle, second only to the combined efforts of the racing team and the car’s driver is the mechanical reliability of the engine and drive train. Honda builds the winningest engines in racing today.

The battle between Chevrolet and HPD, the performance wing of Honda Motors continued last weekend with the running of the Saint Petersburg Firestone Grand Prix. Driven on a temporary city street race course, the race consists of 110 laps through this windy coastal town, with average speeds approaching 94 mph.

looking to the weather, Sunday was a perfect day for street racing. With an impressive field comprised of legendary race family lineage, 22 drivers battled for top position with Andretti Autosports, A.J. Foyt Racing, Team Penske and Target Chip Ganassi taking a run at the winner’s podium.

Those interested in viewing race statistics can find them here. For us at Torque News- Honda, the real story behind IndyCar G.P. is the unrivaled racing success of HPD.

The racing arm of American Honda Motors has powered over 200 winners in Indycar series racing. This years series is shaping up to be a very competitive season between motor manufacturers Chevrolet and Honda.

Race 1 of 18 goes to Chevy for the win with 120 points credited toward the “manufacturer’s championship” and 71 points being awarded to Honda for second place.

53 points will go to Will Power for 1rst place with 40 points awarded to Ryan Hunter Reay for his second place finish.

We look for the Verizon IndyCar series to be an exciting competition between some the world’s best drivers, finest racing hardware and an ongoing mechanical slug-fest between Chevrolet and HPD.