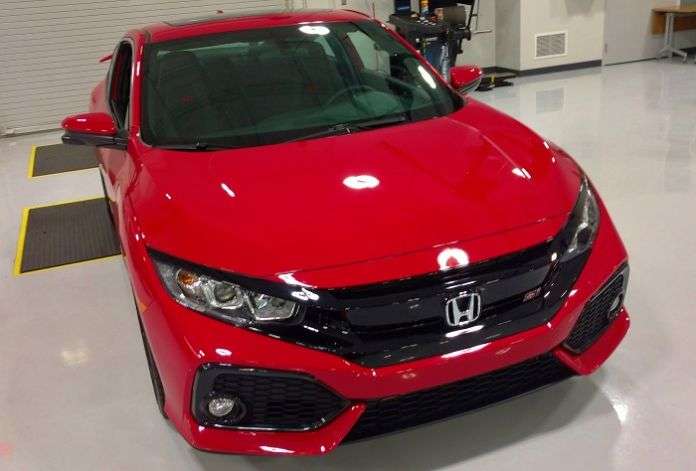 There’s nothing more important when considering the long-term purchase of a new or used car than the feel and fit of the driver’s seat. Some driver’s find the most refined Civic Si seat in Honda history to be painful. How's your 10th generation Civic Si seat treating you?
Advertisement

The long lived nagging issue of Honda Civic seat quality raised its ugly head recently in a Torque news Civic forum. Arguably, Honda Civic his come a long way as to initial seat quality and general cabin ergonomics. In my latest drive behind the wheel of the much improved Civic Si, I was duly impressed, finding the latest moderately bolstered fabric covered Civic SI seat offering to be the best in Honda history. I drive 2018 Civic Si on the back roads of Western Oregon.

However, The lower to the road 10th Generation Civic Si seating position, while giving the driver a feeling of “being one with the car,” can be painful at times, most noted on the longer drive. CIvic Si seats, while much improved over past generations, remain relatively aggressively bolstered and rather form fitting for driver and passenger “hold” while driving aggressively.

Also, due to their mechanical adjustment, this fit-all seat does not work for all drivers. Honda Civic Si is best suited for drivers of medium height and stature. Most seasoned Civic SI drivers take a little pain along with a glory. Sore knees, hips, and the occasional cramps neck comes along with the sporting value that is Civic SI. What's that lowered seating position doing to you? 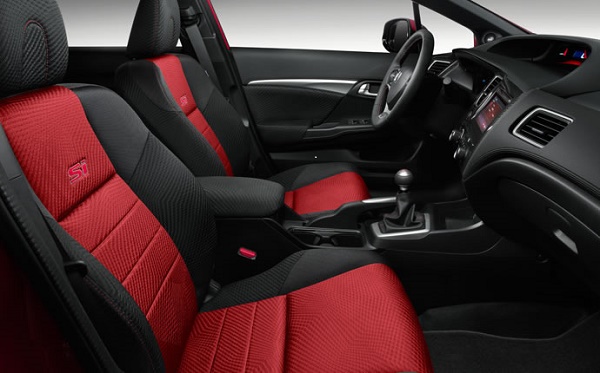 Those with bad knees, bad backs, and problematic necks may wish to pass on Civic Si. I found the English manufactured turbocharged Civic Hatchback Touring to be the best fit for my large frame in the 10th generation Civic lineup. Although I must admit, The Civic Type-R proved to be very comfortable on this run to the Redwoods.

Back in April of 2016, I wrote an article addressing what I believed at the time to be a substandard Honda Civic seat design. From what I’ve experienced behind the wheel of Honda Civic in 2017, the initial shortcoming may have been rectified. However, not all are happy with their Civic Si seat, and ask for a bit of advice.

Omar tells us: “I just got a 2017 Honda Civic Si. The seats are really bad. I've been driving this car for 2000 miles and my left leg is in pain after 30 mins of driving. The lips on both sides of the seat press against my thigh causing extreme pain. Are there some other seats I can install in this car?”

My response: Good day Omar. Yes, the aggressively bolstered Civic Si takes time for the body to adjust to the lowered seating position. Manual shifting also puts a strain on the leg, due to the position of the knee, leg in relationship to your seating position, and clutch pressure. Before tossing the seat: Adjust the bench position tilted back at a slight degree angle. As to replacing the seat: Yes, a standard specification 10th generation Civic seat will fit in your Si. Your Si seat can be modified by an auto upholsterer. There are also options from Recaro, and other aftermarket seat makers.

Followed by this handy advice from Torque News friend Jesse

“Omar, I would Google "aftermarket seats for 2017 Honda Civic" and see what shows up. Honestly, these days, the seat height is what I look at first on any car. I went to my local Honda dealer and looked at an '18 Honda Accord. I was taken back by how low the seat is. Marked off my list of possibilities right then.”
“Just bought my wife a '17 Chevrolet Silverado and that truck is a nice ride!!.........and great seats to boot. Here is what's happening in the auto industry when it comes to the drivers' seating position,” really Jesse, a Silverado?

Jesse writes on to state: “Every time a new generation of automobile (Civic in this case) comes to market, the roofline drops, giving a sleeker appearance. Unfortunately when you lower the roof, you have to lower the seat to preserve headroom. And that can make for an uncomfortable ride which unfortunately you discovered first hand. There are no cheap solutions in your case. Hopefully you can find an aftermarket seat for your Civic or get a different vehicle,” says Jesse.

I believe that after driving 10,000 + miles on various 10th generation Honda Civic offerings, most driver’s will adjust to the Civic seat over time. However, If you believe your Civic seat to be defective, drop by your friendly Honda dealership and file a product complaint.