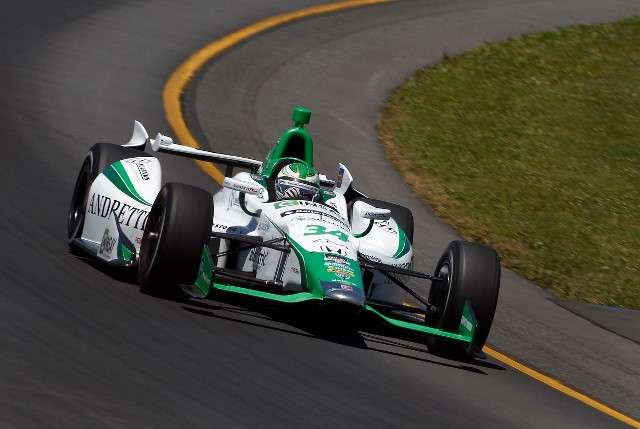 Pocono was the first race of the season to see( only) 1 yellow caution flag. Graham Rahal brushed the wall on lap#158, leaving the track with minor damage.During the race there was a bit of minor debris on the track. Other than that, a clean, accident-free run for the win.

“Dirty Driving” Will Power was up to his usual block and stall tactics. Take a look at the Video, it’s a good watch.

Our man, (soon to be IndyCar Rookie of the year) Carlos Munoz-R of Team Andretti Autosports kept Honda power in the running. By taking 3rd place podium in this competition, Munoz recorded his 3rd “ top 3” finish for the season. Munoz is having one heck of a year and is currently 6th in overall standings and leads in points(340) for “Rookie of the Year.”

IndyCar Series racing is ever-changing. It will be anyone’s race as we come into Newton,IA for the Iowa Corn Indy 300, Saturday, July 12.

As stated by HPD’s Senior Manager and Chief Engineer Tom Reichenbach: "We're very happy to see another strong performance from Carlos [Munoz]. He continues to impress us with both his talent and work ethic. It also was encouraging to see Josef Newgarden make his late-race charge to the front. The team's aggressive pit strategy almost paid off today, and Josef has been driving well all season. Finally, congratulations to Simon Pagenaud for another quick and consistent oval-track run, as he gains one more spot in the championship. Now we'll head to Iowa, and the challenges presented by the first short-oval race of the season."