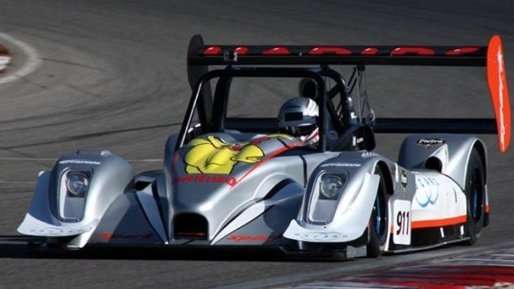 With the installation of a Honda sponsored AirFence strategically placed along the route, 2014 will be the fastest run to the clouds in history.
Advertisement

American Honda Motors, the American Motorcycle Association and the RoadRacing World Action Fund have teamed up to bring you a safer 2014 Broadmoor Pikes Peak IHC.

Looking to the history of Pikes Peak, we discover that the death count has been limited to two.That’s an incredibly small number for the longest running hill climb event in North America. However, it’s not unusual for several entrants to go over the edge, resulting in loss of vehicle and driver injury. Pikes Peak is a very narrow 12.42 mile road course ending at an elevation of 14,114 ft., with run speeds often exceeding 150 km/h.

HPD and Romain Dumas take a run for the record books.

Dumas will be coming up against the most successful hill climb roundup in the world. Nobuhiro “ Monster” Tajima, the man that holds more records on the hill than any other, Sebastien Loeb, David Donner, other notables and first commers will prove to be world class competition at Pikes Peak for 2014.

Where the AirFence safeguard comes into play is in the motorcycle and quad competition. If nothing else, having an AirFence placed on strategic twisties empowers the rider to push the bike to the limit; It’s a long way down the gravel strewn side of Pikes Peak.

Looking to the record book:

Honda Motorsports will be on the hill this year in force. Honda 250,450,600 and 1000 cc machines will be campaigned by 10 riders in various classes. We expect a quad or two as well as a modified side by side, but don’t find them(1) listed in Honda’s news release.

Jeffrey Tigert riding a Honda CRF 450 holds the record in class with a time of 10:32.968 with an average speed of 113.9 km/h., that’s it for Honda. Looking to the record: Over the last 12 years Honda power has claimed 1 class victory and 44 wins overall. This year Honda (HPD) and Honda R&D have combined efforts in fielding 6 associated team vehicles and an unprecedented show of support for the event through co-sponsorship.

All generators and support vehicles will be provided by Honda Powersports at this years event with Honda entering a Fit EV, first generation NSX and TRX 450 all terrain vehicle. Should be a good show.

We at Torque News wish all Broadmoor Pikes Peak IHC a safe and trouble free climb to the top.