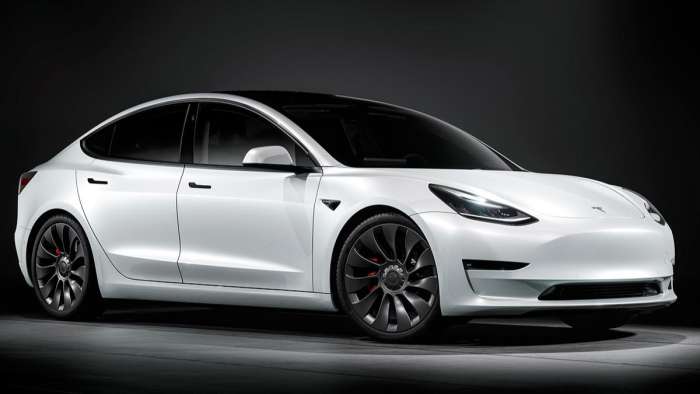 The Tesla Model 3 sound system has received rave reviews since the car began its initial customer deliveries. Many have noted that the sound quality is superior to even their Model S or Model X vehicles with premium sound upgrades. Teslas with the premium interior option include the ability to turn on immersive sound.
Advertisement

But what exactly is immersive sound? Real immersive sound provides the listener with a natural (“life-like”) three-dimensional sound experience, unlike anything heard before in traditional 2D surround solutions. Immersive audio creates the sensation of height all around the driver and passengers, transporting them into a more thrilling and deeper audio experience. This revolution in audio technology immerses the listener with sounds in front, above and all around, providing a totally new emotional level of entertainment in listening to music, watching movies or playing games, giving the feeling of actually “being there”, and hearing all the details exactly as you would in real life. This new level of entertainment where you are enveloped with lifelike sound is the goal of immersive sound.

As for general "engine" sounds, some enjoy the near-quiet experience electric cars bring. They're virtually silent in operation and leave the drivers without the hum of an internal combustion engine and exhaust. For others, it's simply boring, and plenty of engines create some seriously lovely soundtracks. What could an EV owner do if he wants the best of both worlds? This is where Milltek Sport enters the scene (https://millteksport.com). At its core, Active Sound Control is a speaker system that pumps noise inside and outside the car. The speaker connects to the Model 3's CAN BUS control system and the owner only has to worry about a Bluetooth connection to make the app work. Milltek's website says owners can customize just about everything with the system, too. From the app, owners can tell the system to make certain noises when, say, they lift off the throttle. If you want snaps, crackles and pops, that's totally possible. Drivers can even tweak specific tones at "idle" and other situations.

As a side note, regulators believe the lack of engine noise can make EVs too difficult to hear at lower speeds, but tire noise, wind buffeting, and other sounds pick up at higher speeds. Essentially, the feature lets you change the sound your Tesla makes while driving, swap out the car's horn sound, or play loud music from the car, much like a boombox. This could work against you if it angered an aggressive driver, but it could also work in your favor to lighten the situation.

Going back to Tesla´s update, enabling the immersive sound option basically widens the sound stage creating a surround-sound like experience in the car. It works really well for certain music and enhances the experience, but unfortunately it doesn't always make make things sound better. You may have found yourself turning the feature on for various genres and off for others, like talk shows. With the 2021.32.20 update, Tesla is now updating immersive sound to be even better. Instead of just having a low and high setting, there are incremental steps from low to high. You can now more granularly control the amount of echo/reverb applied with four different settings.

When it comes to its audio configuration, the Model 3 LR and P have a whopping 10 speakers located at the front of the cabin, and five at the rear, including a subwoofer in the boot. There are also two amplifiers that help drive power to all of the speakers. If interested, the best upgrade you can make is to add a high-quality subwoofer to your Tesla. If you want a truly amazing listening experience, you'll want to upgrade the speakers and amplifier. 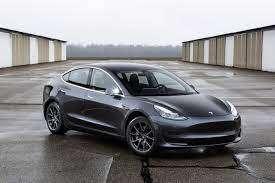 Combined with stunning visuals, the 2021.32.20 update delivers the most powerful entertainment offer for cars. Adding this level of reality demands for new approaches to traditional surround sound, as immersive formats require adding height and/or top layers of additional speakers. As a twitter user (@Brandonee916), puts it very clearly:

Tesla Audio Engineers have blown my ears with this new update… the AUTO Immersive Sound setting brings an entirely new dimension to the audio in my Model 3. It no longer just pipes all the audio above but simulates a Dolby Atmos level of height audio. AI Day soundtrack!! pic.twitter.com/Asb2eGvwRm

Mike wrote on October 14, 2021 - 4:27pm Permalink
Next step: active noise cancellation? I'm always surprised it's not yet available (some other manufacturers are pushing it already).
Beau wrote on June 14, 2022 - 10:35am Permalink
I've been exploring for a little bit for any high-quality articles or blog posts in this kind of area . Exploring in Yahoo I ultimately stumbled upon this website. Studying this info So i'm glad to exhibit that I have a very good uncanny feeling I came upon just what I needed. I so much without a doubt will make certain to do not fail to remember this site and give it a glance on a relentless basis.
Norberto wrote on September 25, 2022 - 3:40pm Permalink
medunitsa.ru Medunitsa.ru