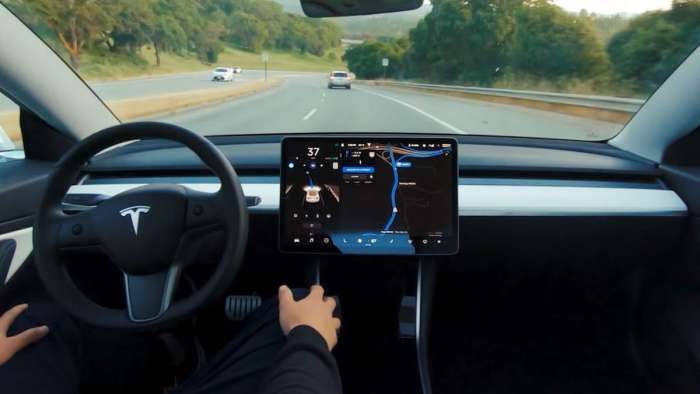 the amount of issues that have been fixed between fsd beta 1 and fsd beta 9.1 is just mind blowing

Hope the team is very proud of themselves. Just doing my usual drives and thinking back on all the previous issues that are now completely eliminated $TSLA @elonmusk

Tesla has released its beta version of its FSD (full self-driving) software, version 9.1. This is three weeks after version 9.0 was released and both are using a pure vision system with cameras. Let's dive into what people are saying as they test the new Tesla FSD Software v9.1.

Chuck Cook is a Tesla FSD Beta tester and made a few videos of version 9.1. The main thing I see him doing is significantly stress testing the software with tough corner and edge cases. There is a path he drives where a green right arrow causes the software on a red light in the lane to the left to try and go through the red light. This is good feedback for Tesla as an issue to fix. Here's the video:

Some of the improvements that are seen and mentioned by Chuck:

The car doesn't over-react to blinking yellow lights. It slows down a few miles per hour and that's it.

When there isn't a lot of other cars, things work really great and are smooth.

There was a protected left that the software didn't see, requiring an intervention on the accelerator.

The car is still trying to run a red light when there is a green arrow light next to it on the right.

Roger K drove two 2 grocery stores and have 0 disengagements on city streets only. There are still instances where the car is unsure about what to do and I think this has more to do with it being trained properly than anything else.

Once Dojo starts processing more and more data and more and more Tesla vehicles are on the road, I think we'll see these hesitations start to go away.

James Locke has a 0 disengagement drive around the city at night for about 10 minutes. The only intervention was having to hit the accelerator. The car seems more confident taking turns both left and right when it has confidence to do so.

The Tesla succeeded with an unprotected left hand turn and no problems.

The Tesla did a right on red no problem.

The Tesla rolls through stop signs in California - like a California roll without a complete stop.

The car went right into driving when starting from a parking place on the side of the road.

The car is very careful when dealing with perpendicular traffic.

The car was quick to get into a right lane after a turn when it needed to make a right turn coming up.

No interventions were required that I could see on the drive.

I like AI addict and the way he organizes his videos. He sees version 9.1 as a big improvement over even 9.0. I'm looking forward to more videos from him.


Where We are at With Tesla FSD

I think where we are at with Tesla FSD is that it does great when there's sparse traffic and fairly regular traffic lanes. It hesitates or gets confused when there are abnormal traffic patterns.

I would like to see from Tesla some kind of release notes or "patch notes" between each version of its FSD software. Computer game software companies do this and make it very clear what is being fixed and what is changing.

What do you think about Tesla's version 9.1 software? Is this a big improvement from version 9.0? When will we see a wide beta release that everyone can use?

Mike wrote on August 1, 2021 - 5:11pm Permalink
Meantime, in Europe, FSD is way behind every single other manufacturer on basic capabilities. Ghost breakings, speed limit recognition and many other things are just sub-par. It's hard to justify. Coming from "old school" car makers, tesla FSD is a significant regression. I had more value and reliability on my 2017's Audi :-/

Tesla Contemplates A New Strategy for China Retail even As Sales Boom
Jay Leno on Elon Musk & EVs: “I Think He Should Get ... Credit"
END_OF_DOCUMENT_TOKEN_TO_BE_REPLACED