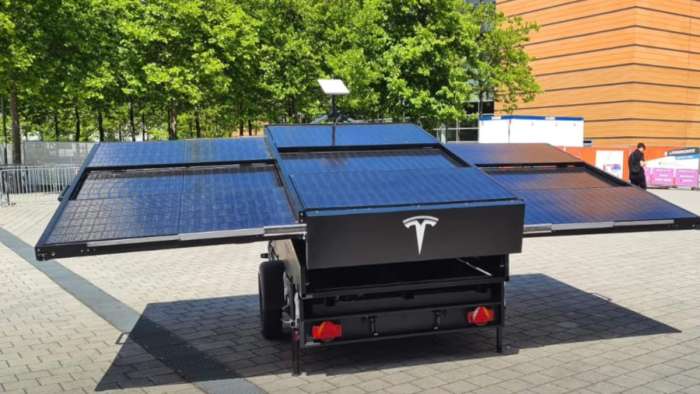 Tesla has 4 NEW products coming soon and this doesn't include the Semi, Roadster, or Cybertruck. Let's see what they are.
Advertisement

Tesla has been a topic of great discussion lately. Their 4 primary vehicles are the Model S, Model X, Model 3, and Model Y. Tesla is going to have 4 new products, doubling their lineup, coming soon. Here they are.

Elon Musk even said on one of the latest earnings calls that Tesla could not offer new vehicle models because Tesla's overall vehicle output would decrease. It makes sense to me. It takes time and effort to learn to build a new vehicle. It also takes space, people, and materials, which would take away from other vehicles.

One of the new products is something that 90% of people in the U.S. are using every day. This is an HVAC system. This is used for air filtering, removing 99.7% of dust, pollen, mold, and bacteria. The impact on range for newer Tesla models is negligible. Tesla will eventually be making these for homes. Tesla could also make an HVAC system that saves energy, cleans the air, and could even create clean water.

The next product is a solar range extender trailer. This is a portable add-on to a Tesla vehicle that has extendable solar panels that can then charge your Tesla vehicle. It's like having a mini solar panel farm. There are 240V outlets to send power to EVs. It is clear that this is a prototype, but this is a product that would be incredibly useful for an EV.

A range extender for the Cybertruck could generate 15 miles of range a day, and solar wings that fold out could add 30 to 40 miles a day.

Elon Musk has shown interest in having a Tesla Robovan and is something Elon Musk has brought up many times before. He said Tesla is definitely going to make an electric van. He said the van would also be designed to help people with disabilities so they could get in and out easily.

During the Cyber Rodeo event this passed Spring, he said that Tesla was making a dedicated robotaxi for ride sharing and that the design would be futuristic.

This one product is so critical to Tesla that Elon Musk has said it's the most important product Tesla has undertaken. The Optimus robot is aimed at reducing the burden of the global labor market and to increase the global economy.

With Tesla's Optimus robot, you are getting a human assisted robot that has the same power as Tesla's FSD software. It may look silly, but it will bring next generation features to people. It will do the boring and repetitive things that people don't want to do.

Elon Musk is considering programming Optimus to have a unique personality and be a companion of sorts. It could make an incredible buddy like C3PO or R2D2. It can lift about 45 pounds and walk about 5 miles per hour.

What do you think of these new products from Tesla? Will the Tesla Bot be bigger than the vehicle business?

For more information, see this video from It's Kim Java:

Tesla Contemplates A New Strategy for China Retail even As Sales Boom
Jay Leno on Elon Musk & EVs: “I Think He Should Get ... Credit"
END_OF_DOCUMENT_TOKEN_TO_BE_REPLACED