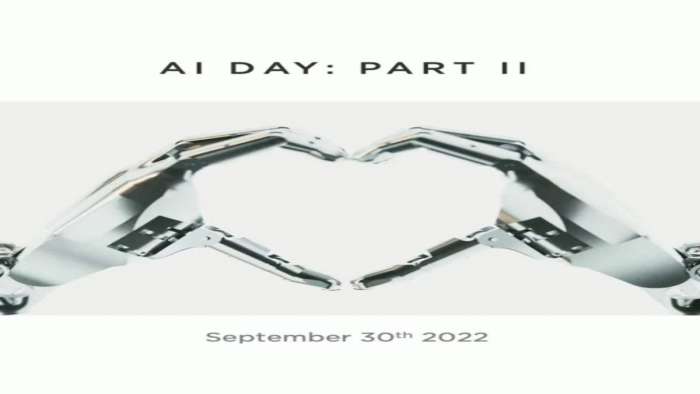 Tesla's Humanoid Robot Is Not What You Think

We have an in-depth interview about Tesla's humanoid robot and it's not what you think. Come September 30th on Tesla's AI Day, we should see Tesla's first version of its Tesla Bot.
Advertisement

Tesla's Humanoid Robot Is Not What You Think

Tesla will unveil its humanoid robot on its AI day this year, on September 30th, and this robot is not what you think.

Next month, on September 30th, everyone is expecting Tesla to do a demonstration of their humanoid robot. What are people expecting this robot to do? Fortunately, we have an interview with an AI and robotics expert to help better explain this and share things about the robot that you may not have thought of.

James Douma is an expert in AI and robotics. In the past, he wished that Tesla would make a humanoid robot and Tesla has delivered in doing this. Tesla must make a humanoid robot like a human because humans are intelligent and designed to interact with the world around us with our 5 fingers on each hand, and all our senses.

There needs to be a neural network in the Tesla Bot, according to James Douma. This is because humans have a neural network in our own brains. We humans are learning machine's. Just think about what happens when you go to school or fail at something. You learn from the experience and use that to adapt and grow and evolve to be better. The Tesla Bot will be built the same way and trained with learning videos and data.

Could Tesla's FSD be used for Tesla Bot? James Douma thinks so. The code for Tesla FSD is used for driving on the road and understanding situations on the road. Certainly, the Tesla Bot can also be trained using this data. It could sit in a car and drive a car according to the training and learning of Tesla's FSD software.

Building a humanoid robot is basically mimicking the human structure. There's many approaches that can be done to build the Tesla Bot. The body won't actually be easy to build. Tesla could make a body that is different from other companies and Tesla will most likely do this. They will use parts that are more flexible and durable. There are materials that lend themselves for a humanoid robot.

The Tesla Bot will need to be water tight and not generate too much heat. You should be able to make electric motors that turn at low speed with high torque, high efficiency, and that would be unlike most parts of machines that are used today. Tesla will likely do this with their ingenuity.

How will Tesla get the millions of videos needed to train its Tesla Bots? Tesla is gathering data with its vehicles on the road for FSD. Tesla will need to train the Tesla Bot on more than just driving videos. Tesla has a data advantage. There's more you can do than just capturing tons of data. You can create an auto label system, which uses a lot less raw data, that produces more valuable training video. As neural networks get better, less data will be needed to train them.

The Tesla Bot will learn with human curation, it will also be trained with models. James also sees the Tesla Bot having a hand like a human. It will also walk like a bipedal human.

What should we expect on September 30th for AI day? This is specifically for recruiting. Tesla most likely won't be selling the robot - they'll be using the robots in their factories. Tesla will likely demo the robot walking and doing some simple things.

The brain of the robot will be much smaller than the batteries and energy required to power it. The robot will need to have an efficient system that will drain power as slowly as possible. The robot will have a charger on it with a socket in the hip, back, or torso where it can be plugged in to charge. The robot should be smart enough to grab a cord and plug it into itself to charge itself.

The first use cases could be moving materials and packages around a factory or doing simple tasks of putting things together. Its biggest benefit may be to build more copies of itself. It should be built with metal.

Thanks to TeslaHerbert and James Douma for this well thought out discussion on Tesla Bot. You can see the full video here: