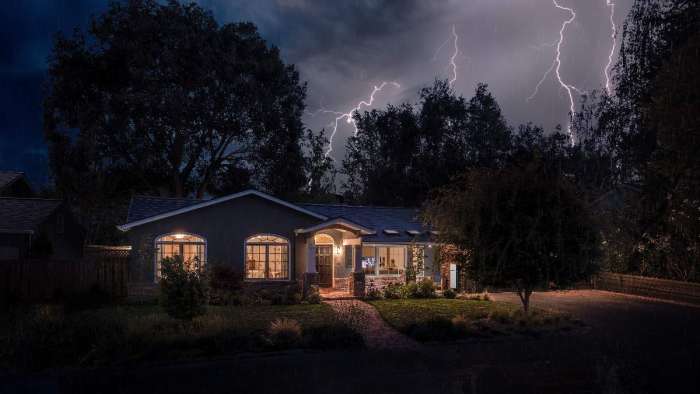 After years of hinting at the possibility, today, Elon Musk has finally unequivocally confirmed Tesla will be making a home HVAC system with a HEPA filter.
Advertisement

The HEPA air filtration system developed by Tesla is so good, that the air quality in the cabin of the vehicles matches the cleanliness levels of hospital operating rooms and special purpose-built clean rooms.

Elon Musk in the past has even gone so far as to claim the cabin of a Tesla with Bioweapon Defense Mode activated is so clean a surgery can theoretically be performed in the vehicle.

When announcing the feature back in 2016, Tesla said the air filtration system was put to the test in real-world environments from California freeways during rush hour, to smelly marshes, landfills, and cow pastures in the central valley of California, to major cities in China.

Tesla even conducted an experiment where a Model X was placed in a large bubble contaminated with extreme levels of pollution (1,000 µg/m3 of PM2.5 vs. the EPA's "good" air quality index limit of 12 µg/m3).

Tesla engineers then closed the falcon doors and activated Bioweapon Defense Mode. In less than two minutes, the HEPA filtration system had scrubbed the air in Model X, bringing pollution levels from an extremely dangerous 1,000 µg/m3 to levels so low as to be practically undetectable.

Tesla couples the HEPA filter with an extremely efficient HVAC system in the company’s vehicles. At the heart of the HVAC system is the octavalve which is a heat pump system that transfers heat produced by the motor and batteries and uses it to heat the cabin.

Tesla’s HVAC implementation, designed and produced in-house, is extremely efficient and allows the EV maker to control the temperature inside the vehicle for minimal energy usage.

And when you couple the extremely efficient HVAC system with an equally impressive Bioweapon Defense filtration, it amounts to a super clean environment that requires minimal energy use to heat and cool.

Given this fact, since Air Conditioning uses a lot of energy and Tesla’s stated goal is to transition the world to sustainable energy, it makes sense for the EV maker to get into the Home air conditioning business.

And Elon Musk has in the past expressed his interest in bringing Tesla’s superior HVAC system with a HEPA air filter beyond vehicles and as a general air conditioning system for homes.

Until today, Musk’s interest in home air conditioning has been more of a wish than a firm commitment to offer such a product.

Karpathy first Tweeted out saying “obviously ppl should carry a CO2 monitor at all times :) Outside air is ~400ppm, stuffy room ~1000+. CO2 ppm is proxy for how much other people's air you're breathing (~covid risk). Thinking gets hazier at 1000+. Meeting rooms and bedrooms can climb much higher than you'd expect”

Musk then replied saying “true. I have a CO2 monitor on my desk. It beeps whenever ppm>1000.”

A Twitter user then implored Musk to “please make home HVAC with HEPA filter, the allergies are killing me rn.”

In response, Musk said “it’s on the future product list. Especially important in places like Austin, which has next-level amounts of pollen in the air.”

It’s on the future product list. Especially important in places like Austin, which has next-level amounts of pollen in the air.

Beyond musing out loud and hopes and wishes, this is the first time Musk has confirmed that Tesla will indeed produce a home HVAC system.

This is great news for anyone interested in increasing the air quality in his/her home while at the same time decreasing the energy used by air conditioning.

Having said that, beyond confirming a home HVAC system with a HEPA filter is in Tesla’s future product road map, Musk hasn’t still told us what kind of form the product will take, how much it will be priced, and when the product will be coming.

However, we will be sure to keep you posted as we learn more about Tesla’s plans. Until then, make sure to visit our site torquenews.com/Tesla regularly for the latest updates.

So what do you think? Are you interested in purchasing an air conditioning unit from Tesla? Also, how realistic do you think a filtration system is for homes? Let me know your thoughts in the comments below.

For more information check out: What You Missed About Tesla's Q2, 2022

Rj wrote on July 19, 2022 - 12:47am Permalink
Home hvac is ripe for a disruptive technology but only if it can be installed properly, a huge issue today. Most builders install totally inadequate and inefficient duct systems inside hot, dirty and humid attics or crawlspaces. As the original air handlers and outside units wear out, hvac companies simply swap those parts and not the ductwork. Going ductless is not viable as they don't have space for filtering and iaq.