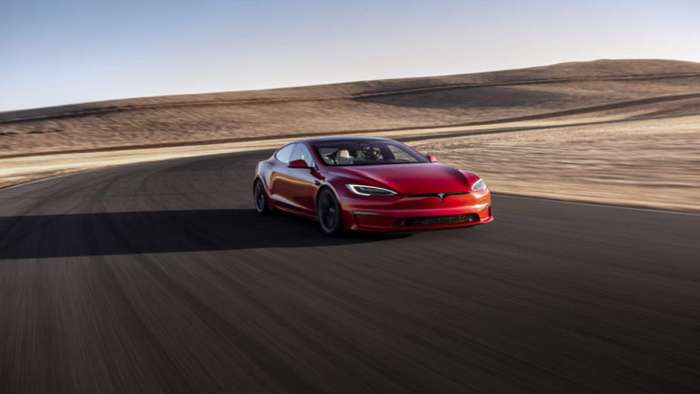 Tesla's Insane Demand and the Collapse of Legacy Auto

Tesla's Insane Demand and the Collapse of Legacy Auto

Tesla vehicles continue to have an insane demand, according to an article from Forward Cap, despite the global economy being in a recession-like state. This is due to continued price increases, continued wait times for Tesla vehicles, and overall EV adoption.

Tesla has continued to raise prices, despite a recession, and yet, Tesla has raised prices of their vehicles. This is a strong signal of high demand for Tesla vehicles. Here are the prices increases from Q1, 2021 to Q2, 2022 for all Tesla vehicles:

Tesla COULD NOT raise prices like this and still have high demand, if there was not a HUGE demand for their vehicles. Tesla continues to sell every vehicle they make.

Tesla has a demand that far exceeds supply. They cannot and should not lower prices until this demand catches up.

A base or long range Model Y has a wait time into January and April of next year. Similar wait times can be found overseas. This shows just how sought after Tesla vehicles are. People will pay more to get things faster. People buying Tesla vehicles, knowing they will have to wait 6 to 9 months.

Tesla's vehicles have hit record highs in backlog units. Right now, Tesla has a backlog of 497,172 backlog units, according to Troy Teslike:

Based on wait times for new orders and the production rate, Tesla's order backlog is still the same in June as it was in March.

• Fremont Factory:
Backlog is equal to 4 months & 21 days of production

This is a combination of units from the U.S. and from overseas. It seems like if there was more supply and higher prices, the order backlog would shrink. But this is not the case for Tesla. As they sell more vehicles, word of mouth will spread. Then more people want a Tesla. They just continue to sell more and more as others talk about them.

Inflation is at a 40-year high and one of the most biggest contributors to it is energy. This is the primary source for electric vehicles. Here are some things that show strong EV demand:

Uber drivers are leasing Tesla's for less than it costs for just gas alone for a gas car. Ride sharing, yellow cabs, and rental car companies are all adopting EVs. Just look at Hertz. This has a compounding effect on the demand for Tesla vehicles as hundreds of thousands of people experience a Tesla for the first time.

When people consider an EV for the first time, they are going to compare the vehicles against other companies. Tesla does not need to advertise because many consumers are going to inform themselves and compare products. Tesla's vehicles outshine others in price, performance, and functionality.

EV adoption is still only 5% of U.S. vehicle sales. Tesla orders jumped after the Super Bowl in February. Tesla was the only company that did not advertise, but because of other car companies advertising their electric vehicles, Tesla vehicles were found and compared against.

The biggest risk for Tesla is production and being able to keep up with consumers who want EVs. Ramping production has been a challenge, especially at their new factories, Giga Texas and Giga Berlin. New manufacturing methods and 4680 batteries are causing Tesla to have to figure out an entirely new process. Eventually they will, but it will take time, most likely by the end of 2023.

What do you think about the overall demand for EVs? Is Tesla's demand going to continue?

For more information, see this video by Steven Mark Ryan: