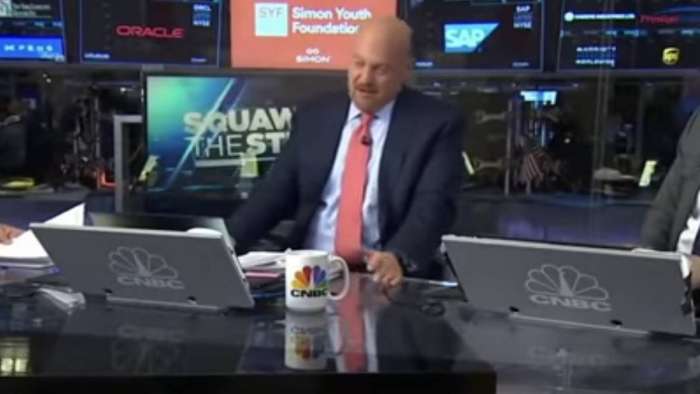 We've just seen an interview with Jim Cramer, a former hedge fund manager and television personality who was talking about Ford and Tesla. Jim Cramer said that he likes Jim Farley, the Ford CEO, over Elon Musk, by 2026, as Ford aims to produce 2 million battery electric vehicles.
Advertisement

We've just seen an interview with Jim Cramer, a former hedge fund manager and television personality who was talking about Ford and Tesla. Jim Cramer said that he likes Jim Farley, the Ford CEO, over Elon Musk, by 2026, as Ford aims to produce 2 million battery electric vehicles.

Ford has split its internal combustion engine (Ford Blue) and its electric vehicle division (Model E) as separate divisions. Ford has also made a goal to get to 2 million BEV vehicles in 2026.

Jim Cramer stated openly that Jim Farley doesn't make anything that doesn't make money and he thinks that is incredible. He says that Ford is trying to destroy Tesla. He thinks Jim Farley's ambitions are remarkable.

He ends by saying he likes Jim Farley and Ford over Tesla and Elon Musk by 2026. I think he's more bullish on Ford's plans by 2026 than Tesla's.

Jim Cramer sees Ford and Tesla as car companies and is going to look at them as competitors and that for one to win, the other has to lose.

5 to 10 years ago, Tesla started to disrupt the internal combustion engine vehicle segment with the Model 3 and Model Y. This disruption is going to continue to other models.

Also, cars are turning into smart cars, with artificial intelligence. In the future, cars are likely going to drive much safer and smarter than humans - even if they aren't driving like that right now.

Andrej Karpathy, head of Tesla's AI said that Tesla is trying to build a synthetic animal from the ground up. The car is an animal that moves around, senses the environments, and acts autonomously and intelligently. Tesla is building all components of this synthetic animal in-house.

The thing that is happening with Jim Cramer's comments is that he is missing the evolution of cars as smarts cars and robotaxi.

"Self-driving cars and useful humanoid robots require a sophisticated understanding of reality. I am increasingly convinced that they are on the path to solving AGI.

Should AGI be solved? I don't know, but humanity is moving rapidly in this direction whether I like it or not."

There is going to be a point in the future where Tesla will become more of an AI company than a car company. Elon Musk seems to be pointing things in this direction.

In conclusion, I don't think many humans are going to want a typical car that is available today once AI driven cars are available. Transitioning a company to an AI car from EV is much harder than transitioning from ICE car to EV.

Hopefully Tesla is able to license its FSD software to other car companies who likely won't be able to make a global fleet of AI operated cars.

What do you think about Jim Cramer's comments about Jim Farley and Elon Musk? Will Ford overtake Tesla in 2026?