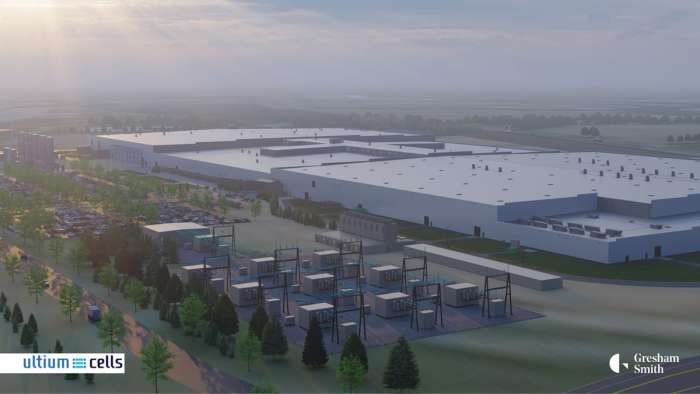 You can’t have electric cars without batteries. General Motors is smart enough to know this and is already in the process of building a battery cell manufacturing facility in Lordstown, OH. General Motors is also smart enough to realize that one battery plant, despite sitting on a 158-acre plot of land according to GM Authority, is not going to be enough to sustain their vision for a future of millions of electric vehicles. They have therefore announced a second battery manufacturing facility that will be built in Spring Hill, TN.

The plant (and the batteries it will be producing) are part of a joint venture between General Motors and LG Energy Solutions called Ultium Cells LLC. According to the General Motors press release from April 16, Ultium Cells is investing more than $2.3 billion on a 2.8 million-square-foot factory on land leased by General Motors in Spring Hill. The plant is scheduled to open at the end of 2023.

In the press release, there are quotes from GM Chairman and CEO Mary Barra about the new facility being a big step towards an electric future. She also thanked the state of Tennessee for its support. LG Energy Solution’s President and CEO Jonghyun Kim said that the new factory will “transform Tennessee” into a place that will allow Ultium Cells to have a U.S.-centered supply chain. The press release touts LG Energy Solution’s 30-year experience developing batteries.

This plant will be different from GM’s Spring Hill Assembly plant, which is the biggest GM facility in the United States. It currently assembles the Cadillac XT5 and XT6 along with the GMC Acadia. It also assembles GM’s 6.2 liter V8, 5.3 liter V8, 2.0 liter turbocharged I4, and 2.7 liter I4. The new Spring Hill battery cell manufacturing plant will supply its cells to the assembly plant for insertion to the highly anticipated Cadillac Lyriq SUV.

The Spring Hill Assembly plant, according to GM, will simultaneously build the traditional, gas-powered Cadillac XT5 and XT6 alongside the electric Lyriq. The next generation GMC Acadia’s production will be moved to Delta Township, MI, at the Lansing Delta Township Assembly plant.

Ultium Cell batteries are going to be crucial for the advancements of General Motor’s all-electric future goal. The batteries are “large-format, pouch-style cells can be stacked vertically or horizontally inside the battery pack,” according to GM, and use a “proprietary low cobalt chemistry.” They will allow Level 2 and DC fast charging, and offer ranges from 50 to 200 kWh, which could allow 400 miles of range and three-second 0-60 mph launches.

General Motors is not taking its promise for the electric future lightly. GM already offers the Chevrolet Bolt EV and Bolt EUV (similar but separate models), and future electric cars include the Cadillac Lyric and the eagerly awaited GMC Hummer EV. GM says that it will offer 30 electric vehicles globally by the end of 2025, the majority of which will be available in North America.