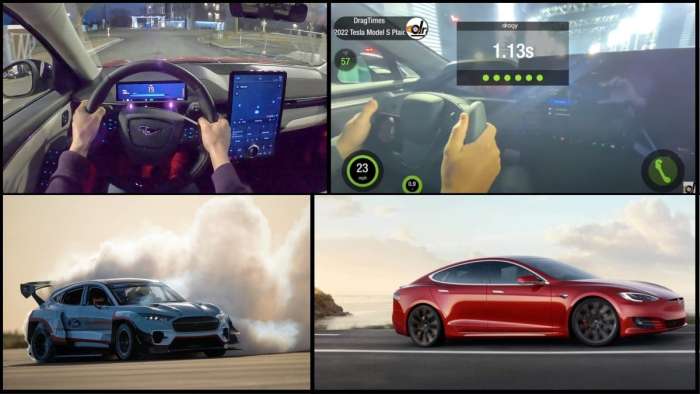 Tesla, Porsche, And Ford: New Hype Vs Experience And Excellence

25 lucky folks have gotten their Tesla Model S Plaids. I can’t imagine the thrill. I’d have to guess It would be similar to what Ford’s CEO Jim Farley felt behind the wheel of the Mustang Mach E 1400. When Porsche says the Taycan will sprint you to 100 km/h in 2.6 seconds, but you get there in 2.4, it’s probably pretty fantastic, too.
Advertisement

Tesla has repeatedly done the same thing: over promise, and under deliver. It’s the same thing, every time, and we all keep smiling and taking it, pretending that maybe we’ll get to bask in the glory that is the future. But that future isn’t here. It’s on the horizon, just out of reach. The future of self-driving cars that have 400 mile ranges and can charge in 20 minutes is just around the corner. It really is. But it’s not here and I’d just like the Tesla fan boys to acknowledge that. Their idol has not put out as promised. Over and again we are told that the Tesla’s going to be the fastest and going to be this and going to be that, but without ever actually being there. There are 25 Plaids. I’m not saying that this is unimpressive, simply that it’s not what was promised. Check out this video from the event, with a focus on the point of view of the acceleration:

Instead of chasing this dream, I wish we’d just sit down and actually enjoy what we have. Take a moment in that Model S Plaid and see exactly how long those 2 seconds are. It’s a very fast car, no bones about it, but as Jim Farley, CEO of Ford pointed out, Ford’s been doing this a long time. They’ve got the architecture and infrastructure to handle putting out vehicles. They’ve been in this game since the very beginning of the assembly line, in fact.

Tesla claims 0-60 mph in 1.99 seconds *with a rollout*
Porsche claims 2.6 seconds in Taycan Turbo S
This video shows Tesla at 2.74 (with four passengers)
I've experienced 2.4 in the Porsche
Which would you put money on?
(Also, 0-60 is stupid)https://t.co/7nXRwZDmuN

Another long-time name in the automobile game is Porsche and between you and me, Porsche is one of my favorite brands. My mother used to drive a 944 Turbo and before that an XKE and she loved the Porsche. She drove it until it had about 2000 miles left in it and then managed to find someone who would give her the love she needed. I’ve been a fan of the 944 for about as long as I can remember. Porsche does that to a person. The vehicles that Porsche produces may not be reliable, but they are fast. They are performance machines that almost always outperform what Porsche puts on the stats sheet.

... and yes I know that the 1-foot rollout comes from what magazine testing does. Porsche doesn't quote magazine numbers in their acceleration claims. They always make their own claims, and the cars *always* beat them.

The Taycan is ridiculously quick. It’s so fast that a dear friend of mine honestly feels it might be too much car for him, and he’s been driving Shelby Mustangs for a few good years now. One of my favorite things about it is that its performance numbers, like 0-100 km/h (because we’re going with the Porsche specs), are all recorded with a passenger in the vehicle. An additional 150 pounds, give or take. When most car manufacturers make a published 0-60, its with the vehicle as lean and mean as it can be in its natural state. No extra weight past the driver and safety gear. But Porsche says “I know that if you’re driving a Porsche, you can find someone to share the night with, so you’re going to need to be fast with two people in the car”. 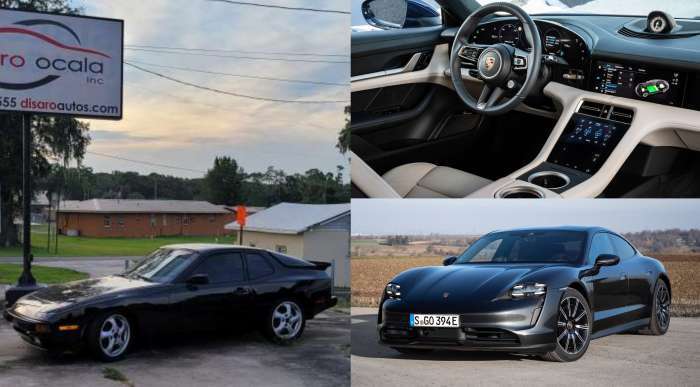 Pretty much every car magazine that gets to test a car has its own definitions for a 0-60 mile per hour dash, and most of them err towards making the car look amazing. The 1.99 seconds that we are getting from a Tesla Model S Plaid is with a 1-foot rollout. That’s something that plenty of car magazines do for their numbers, but when Porsche gives their numbers, it is from a stand-still. Tesla even gives layman’s 0-60 times for their less posh models but needs to throw in that asterisk there to try to get the sale on their future ability.

Jim Farley, over there at Ford, got to drive the Mustang Mach E 1400, a ridiculous track-slaying giant of a hatchback that decimates tires with its delicious 1400 + horsepower from 7 motors. On Twitter, folks have been heaping on praise and asking Jim if Ford would produce the Mach E 1400 as a street version and he replied with a simple “Thanks, working on it”. If the Mach E 1400 becomes a production vehicle, could it beat the Model S Plaid?

Thanks, working on it.

Thanks to supply shortages, getting any of these vehicles has been a chore so I have to give Tesla a lot of credit. They are creating astonishing vehicles and, if the future plays out the way it looks like it will, the production will be able to begin in earnest soon. I really look forward to being able to stretch out on a long road trip. I do think that computers have the potential to be much better at making safer decisions than humans. I just also believe that the company should be liable for the product once it’s advertised as full self-driving. Ford having a fleet of self-driving vehicles that puts hundreds of taxi drivers out of business is unfortunate, but because it is Ford operating the fleet, Ford takes responsibility for the product.

I suppose if full-self-driving is a premium, subscription product, Tesla will probably count the subscription price as essentially an insurance payment and take liability for the car. I feel like Mr. Musk is confident enough in his vehicle’s software to do that. I complain about silly things like marketing tactics, but I honestly respect that Tesla has managed to convince every manufacturer to switch to electric. Teslas are already great. I just wish the marketing were more transparent. I suppose Porsche doesn’t tell you how many times you’ll need to fix your cooling system, though.