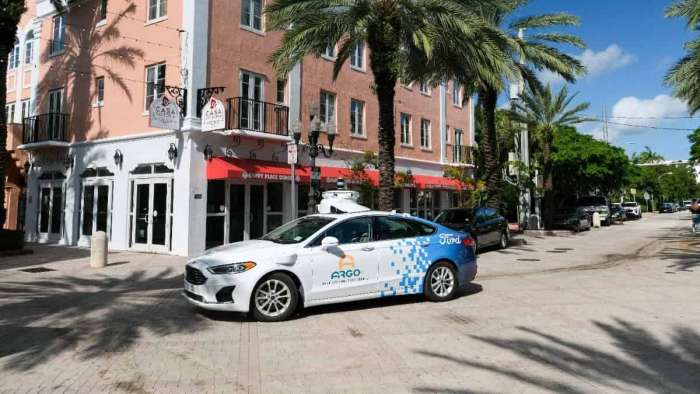 After three years of work with its partner Argo AI, Ford's experimental ride-hailing service seems to be nearly ready for prime time.
Advertisement

Do you remember the big splash that autonomous vehicles made about five years ago? Indeed, it seemed at the time that nearly every story out of Detroit or LA or Washington or any city where there was a significant automotive effort discussed the drive toward autonomous vehicles.

The effort reached Washington, where legislative bodies and agencies conducted hearings on the topic of autonomy. The industry rolled out panels of experts on the topic, and it seemed as if the whole automotive establishment was rolling rapidly toward autonomy. Almost as suddenly as all of the information on the topic appeared, it all seemed to disappear. Within about two years of the big autonomy splash, it seemed as if the dream of self-driving vehicles seemed as if it was gone. It wasn't, to be honest, because there were still important stories on it. But, there was none of the noise that 2014 and 2015 brought.

By 2016 and early 2017, though there were stories about autonomy and efforts to create self-driving vehicles, it seemed as if the early rush was truly over. And it was. This was because autonomy entered a period of research that was needed earlier. Yes, there were still large-scale autonomy efforts out there, but research isn't very sexy.

There were still significant stories that discussed autonomy and trends. Still, unless the story pointed to a significant miscue – a major accident or fatality caused by early autonomy efforts – then it faded into the background.

Stories On Autonomy Take Back Seat

As the year drew on toward 2018, there were occasional stories that discussed vehicle autonomy. However, the auto industry's attention turned more toward electric vehicles, SUVs, and other current vehicular issues.

Occasionally, automakers announced new autonomous systems' further tests, but they seemed to fade into the background. For example, a Las Vegas test circuit.' where an autonomous vehicle was – and still is – making the rounds of significant sites. Other major autonomous tests were conducted by, among other businesses, Google – that racked up millions of miles of testing on roads around the country.

And now Ford has announced that it has completed three years of test in the Miami-Dade area. It is the first place in the world where Ford has tested and commercialized self-driving services. All of it has been part of Ford's ultimate goal, ride-hailing.

Soon, Miami residents will have the ability to hail a ride or receive delivery in a safe, consistent, valued, and efficient way.

To get to this point, Ford has been working with Argo AI. Their work is centering on developing self-driving technology. As they work on this technology, they are working to build a ride experience that feels natural on the streets of Miami-Dade.

Ford has been building the various elements needed for a ride-hailing-autonomous business. For example, the automaker has been building its Transportation-as-a-Service software as well as its fleet operations. Ford has also concentrated on the user experience, the vehicle, and the business collaborations with brands that will leverage their fleet and services.

Suffice it to say that Ford and its software-building partner have come to know Miamians very well. They have learned two important lessons through their experience: the first is the roads of the area and the second driving habits. Each is a critical factor in autonomous technology.

In the final analysis, they have learned the roads and driving habits and the incredible opportunities in store for the future.