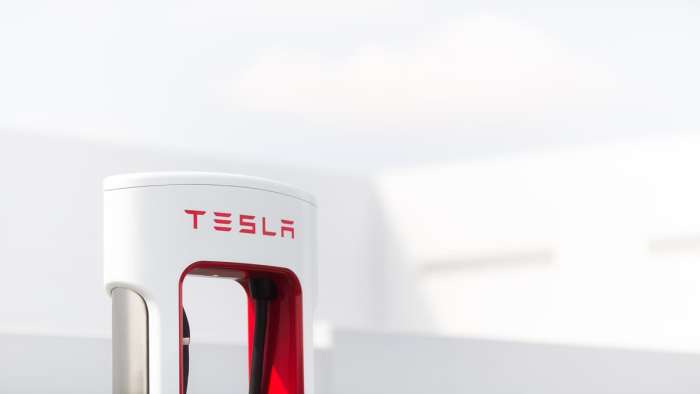 Tesla May Have To Stop Making Its Own Chargers

Tesla makes good chargers, but it’s being debated whether a shared charging system would be better going forward. And thus, Tesla may have to stop making its own chargers.
Advertisement

What a shared charging system is

A shared charging system would simply be a charging system that isn’t owned by any single car manufacturer. It will likely be owned by an entirely different entity. This means companies that specialize in making EV chargers could rise to the occasion. A shared charging system works no differently than the system used to fuel cars that run on petrol. The internet is another example of a shared system. There is no car manufacturer that makes their own gasoline. The gasoline is provided by companies like Mobil, Shell, and Exxon.

Why a common system is necessary

Tesla has made their own chargers for the past several years, and it has helped the company’s reputation a great deal. Tesla chargers are a common sighting at highway rest stops. One of the arguments for a one size fits all charging system is that older EV’s could be left out and not able to use newer charging systems. The Nissan Leaf started using a J1227 CCS1 charger many years back. Tesla then blew past everyone and created their own charging system. Now everything is out of whack if certain cars can’t use a more recent charger. For example, an old iPhone charger can’t be plugged into a brand-new iPhone 12.

There is a notion that EV batteries last about as long as an iPhone battery. This has been proven to be false. There are many great used EV’s with a long battery life. The reality is that EV technology is advancing at such a rapid pace that a battery from five years ago pales in comparison to one made present day. This does cause some buyers to trade in their car sooner. However, low income buyers can't swap cars ever 2 or 3 years.

Arguments against a common charging system

There is the argument that EV makers don’t need to axe their own charging systems. There are plenty of EV chargers that aren’t brand specific. However, this makes the waters even murkier. EV owners should have access to the most advanced chargers out there and those chargers should cater to any type of vehicle.

We need a system that makes sense

There are times when technology does advance to the point where it is necessary to stop supporting old technology. This happened in 2009 when the decision was made to have TV stations cease analog transmissions. This was sort of a once in a generation decision, and analog TVs weren’t all that common. There are a lot of 4 to 7 year old EV’s still on the road, and drivers shouldn’t always be having to turn in their car for a new one.