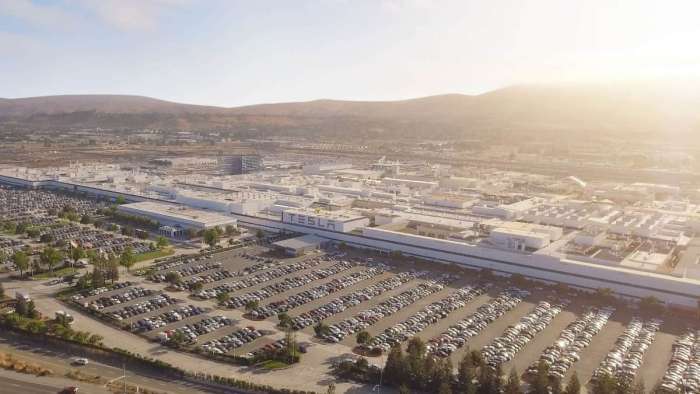 Drone footage of Tesla's Fremont California plant by Gabeincal shows what might possibly be our first look at Tesla's refreshed Model S and X vehicles.
Advertisement

A flyover over Tesla’s Fremont factory by Gabeincal who has been flying drones over Tesla’s California production plant has revealed what might possibly be the first look at Tesla’s refreshed Model S and X vehicles.

The sighting shows 3 vehicles moving in tandem and being dragged with a mover. As you can see from the video the vehicles are covered with white clothing and it is very hard from the footage to say these are definitely the Model S and X.

However, the size of the vehicles seems to point in that direction. Given Tesla’s vehicle line up the vehicles in the footage are too large to be the Model 3, Y, or Roadster and are similarly too small for the Cybertruck or the Semi. Leaving only the Model S and X as the probable culprits.

And as for the vehicles being the refreshed versions, on December 14 a leaked Elon Musk memo suggested that Tesla will be halting production of the Model S and X lines. These gave rise to the rumors Tesla will be refreshing two of the oldest vehicles in the company’s lineup.

However, even before this, rumors of a Model S and X refresh have been going around starting back in 2018. In July of the same year, Electrek came out with a report saying the site has gotten its hands on leaked images of an interior of a refreshed Model S and X concept. 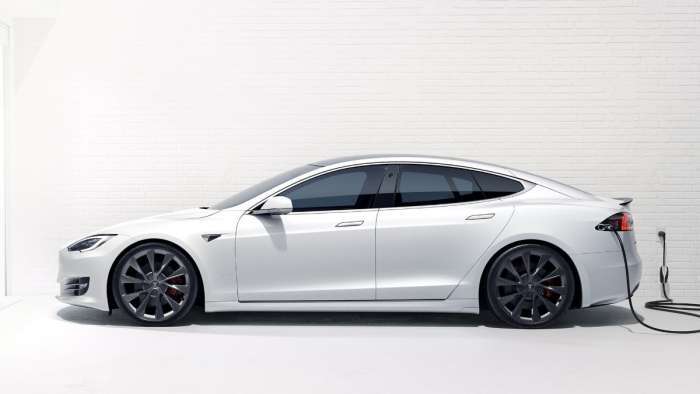 If Tesla is indeed doing a full interior and exterior refresh of the Model S and X, it will make sense to get the interior outline of the Model 3 and Y closer to their bigger counterparts. This will allow Tesla to have one interior that has the best aspects of all its vehicles. The move would make sense since having a single interior layout will help Tesla achieve greater economies of scale on top of simplifying the production process.

The timing for the refresh also seems to make a lot of sense. Given Tesla’s introduction of the Plaid Model S which will come into production before the end of 2021, I had speculated that Tesla will need to refresh the Model S and X before the launch of the plaid Model.

The reason being Tesla’s plaid Model S requires a number of very critical changes to happen to the Model S to make the greater than 520 miles range; 0 to 6 in less than 2 seconds; and the fastest car around the Laguna Seca raceway times possible.

These major improvements require Tesla to move the powertrain of the vehicle to the newest 4680 battery cells announced at the company’s Battery Day event. This will be crucial in increasing the range by over 25 percent in such a performance-oriented variant of the vehicle.

Another change Tesla has to make is a move to a single-piece rear and front casting for the chassis of the vehicle. In addition, in order for Tesla to make the plaid Model S one of the best handling vehicles, the company will need to implement the new structural battery pack architecture.

This will give the vehicle extra stiffness making it handle better in corners and help the vehicle post insane numbers around the track.

And in order for the structural battery pack to happen, Tesla will first need to have the front and rear of the vehicle be single-piece cast parts. This will help in smooth sheer transfer from the front to the back of the vehicle thereby insuring no single battery cell will have to bear too much weight at one point. 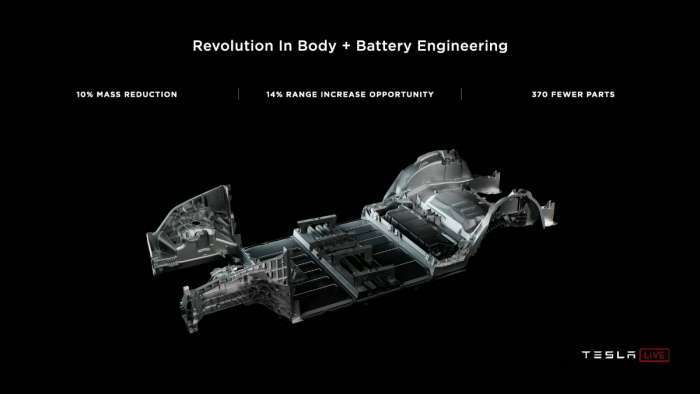 This would mean in addition to the new battery pack with the new cell format Tesla will also need to produce a Giga Press for the Plaid Model S. Given the complexity of designing and implementing these changes, it would make sense Tesla will refresh the Model S and X before the launch of the Plaid Model S.

If this comes to be true, it should be an exciting year ahead for Tesla’s largest luxury vehicles. Given the refresh, I would expect the Model S and X to have even better than the ludicrous range and performance numbers the vehicles already possess.

To support Gabeincal for his awesome work covering the Fremont factory, consider supporting him on Patreon at this link.

Eric K wrote on January 24, 2021 - 5:06pm Permalink
Is it me or there is one more covered vehicle on the footage (1:05) in the center. It's located to the right and bottom from other 3.
Tinsae Aregay wrote on January 25, 2021 - 10:32am Permalink
Yeah, it kind of seems like it. There are other sightings of the refreshed Model S today though.