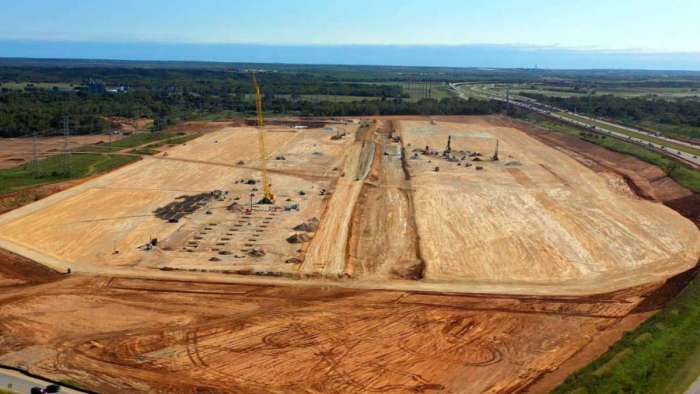 Tesla Gigafactory Texas has received the first parts of the Giga Press machines to be installed on the site. The parts come from IDRA, an Italian company and Tesla's manufacturing partner for the Giga Press.
Advertisement

Tesla has received parts for the Giga Press, the company’s giant casting machine and the biggest casting machine in the world, at its Texas Gigafactory building site. For the construction of the machine, Tesla has contracted a company called IDRA out of Italy. Giant boxes from IDRA were seen being unloaded from 18 wheelers in drone videos taken by Joe Tegtmeyer and Jeff Roberts.

Tesla’s Austin, Texas gigafactory is the company’s 6th manufacturing location in the world and at over 2400 acres, when fully built out, could be the largest manufacturing site on earth.

The EV maker broke ground at the Austin Gigafactory back in August 2020 however, the presence of these machines on site points to a major milestone. As the largest and possibly the most complicated machines in Tesla’s manufacturing process, it is likely that the Giga Press will be the first machine to get to the site. This means Tesla within just 4 months of starting construction of the factory, has begun thinking about tooling the plant. 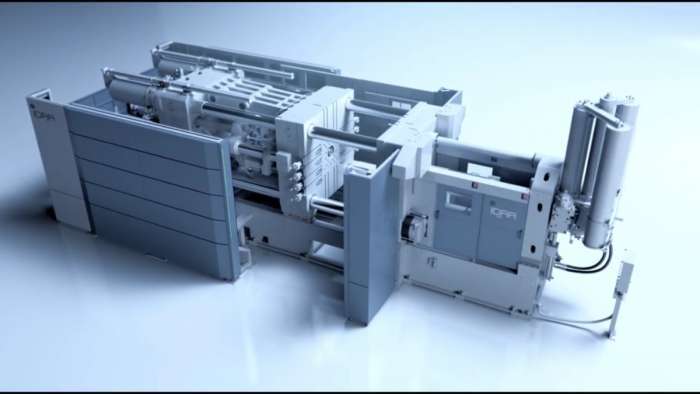 After completing Giga Shanghai within a record-breaking timeline, Tesla seems to be accelerating the build time of subsequent gigafactories. When building Giga Shanghai it took the EV maker a year between groundbreaking and the first vehicles rolling off the line.

However, Tesla’s Austin gigafactory might begin production even sooner. Unlike Giga Shanghai, Tesla’s Austin factory site is situated in a more geographically challenging site. Nevertheless, Tesla leveled the ground, drained the swamps in the area, cleared the bushes and now the company is more than halfway building giant structures that are part of the factory.

The first two vehicles to come out of the Texas gigafactory will be the Model Y shortly followed by the Cybertruck. The Model Y using the IDRA Giga Press will be constructed from a single piece cast for the front and rear of the chassis of the vehicle.

In addition to the single-piece front and rear cast parts, Tesla also plans to integrate the newest 4680 battery cells into the vehicle. These batteries as compared with Tesla’s current 2170 cells the company uses in the currently under production versions of the Model 3 and Y, have better energy density and are much cheaper to produce.

According to Tesla’s Battery Day presentation, the new battery cells taken together with Tesla’s advancement in battery pack and chassis manufacturing will make the powertrain 54 percent more energy-efficient, 56 percent cheaper to produce, and will require 69 percent less CapEx per gigawatt-hour.

So what do you think? Are you excited for the first Model Y to roll off the line in Giga Texas? Do you think Tesla will be able to finish the factory faster than Giga Shanghai? Let me know your thoughts down in the comments below.

For more information check out: Tesla Gets Preliminary Approval To Get State Aid And Add Battery Manufacturing facility To Giga Berlin. Also, see Tesla Signs A 5 Year Exclusive Deal With Jeff Dahn, Possibly The Best Battery Researcher In The World