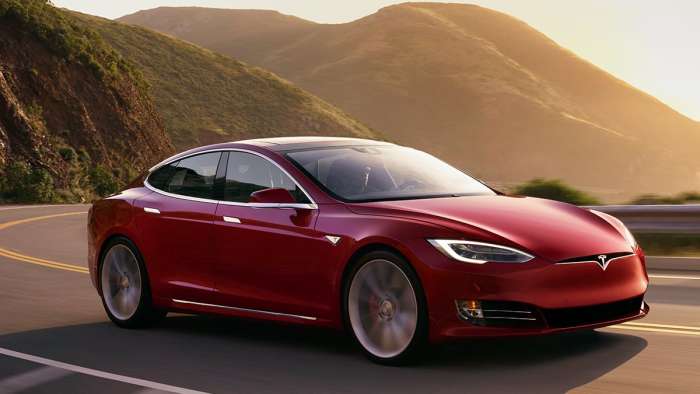 A tweet by Elon Musk reveals details about the plaid Model S. Based on that, we think a Model S and X chassis and powertrain refresh will come in 2021.
Advertisement

Tesla, unlike most other car companies, doesn’t do upgrades to its cars in Model years. Elon Musk has said in the past Tesla doesn’t do refreshes. If there is a meaningful upgrade, it will be rolled out to the production line as soon as possible.

This is great for the company and consumers. For the company, it means demand for its vehicles won’t have cyclic changes causing inefficiency in the lines. And for consumers, at any time they want to buy a car, they know that it is the best version of the car the company has to offer.

However, major upgrades do occasionally come to the vehicles. The Model S front fascia change and autopilot’s move to hardware version 2 are notable examples. As a result, consumers try to time their purchases based on when they think these big upgrades might be coming.

But, trying to predict when those upgrades will come is more of an art than a science. According to leaks and rumors, we were supposed to have a Model S and X interior refresh back in 2017. But 3 years out, we are still waiting for this refresh. And the unfortunate part is the refresh has been just around the corner the whole time.

Having said that, we believe a chassis and powertrain upgrade will come to the Model S and possibly to the Model X in 2021. How did we come to that prediction?

In a tweet, Elon Musk has confirmed the plaid Model S, which will start production by the end of 2021, will come with the new 4680 cells and a structural battery pack. This will increase the stiffness of the vehicle, improving handling and safety.

So what does this have to do with a Model S and X chassis and powertrain refresh? On the Battery Day event, speaking about having a structural battery, Elon Musk said, “There is an architecture we have been wanting to do at Tesla for a long time and we finally figured it out and I think it is the way all electric cars in the future will ultimately be made.”

Continuing, Musk added, “It starts with having a single piece casting for the front and rear body, and in order to do this, we commissioned the largest casting machine that has ever been made” Here Elon is referring to the Model Y casting machine currently in operation in Tesla’s Fremont California plant.

Expanding on this, Musk talked about how they will integrate this capability with their new 4680 battery cells in the near future, “You’re basically making the front and rear of the car as a single piece that then interfaces with what we call the structural battery where the battery for the first time will have dual-use, the battery will both have use as an energy device and as structure." 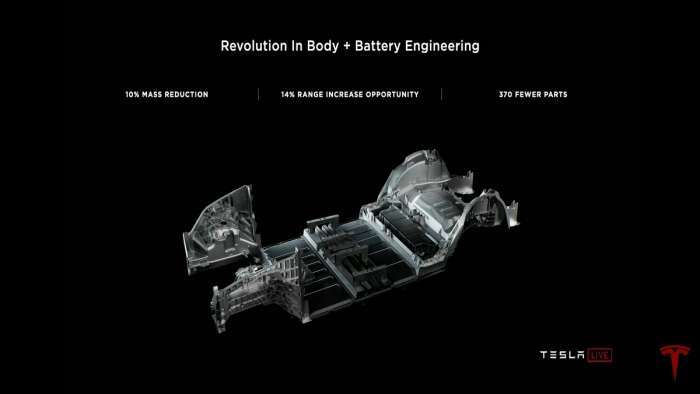 But in order to make the batteries weight-bearing, Tesla had to make sure all batteries have the same amount of load. This necessitates the single-piece front and rear casting to distribute the load smoothly and continuously.

To sum up, here is what we know so far:
1. Tesla is bringing the plaid version of the Model S to market in late 2021.
2. According to Elon Musk’s tweet, the plaid Model S will have the new 4680 cells and structural battery pack.
3. In order to do a structural battery pack, Tesla needs to have a single piece casting for the front and rear of the car.

Given the information above, by the time the plaid Model S comes to market, Tesla would have to build a massive and expensive casting machine for its manufacturing. Considering the cost and complexity of the casting machine, Tesla will want this equipment to build parts for as many cars as possible.

This finally brings us back to our prediction. In order to increase the utility of the casting machine, Tesla will be rolling out chassis and powertrain refreshes to the entire Model S and X line. This will be happening at the same time the company introduces the plaid version by the end of 2021.

If this comes to be true, what will it mean for consumers in 2021? The plaid Model S, with all the range penalties a performance car deals with, already has an incredible range of over 520 miles. Therefore, the “refreshed” Long Range Model S, when it likely comes to market at the end of 2021, should have a range of over 600 miles. And the Long Range Model X should also have over 500 miles of range.

So what do you think? Does the prediction seem likely? Or have we overlooked something critical that will disprove the whole argument? And will the increased range mean Model S and X will be more expensive in 2021? Let me know your thoughts down in the comments.

Jdt wrote on November 29, 2020 - 4:26am Permalink
I wouldn’t be so sure about the extended range in the non paid refreshed model s. The plaid will be tri motor, apparently substantively more efficient than bi motor, and the source of much of the range increase of plaid. So the base model s may get the structural battery without getting a massive range boost.