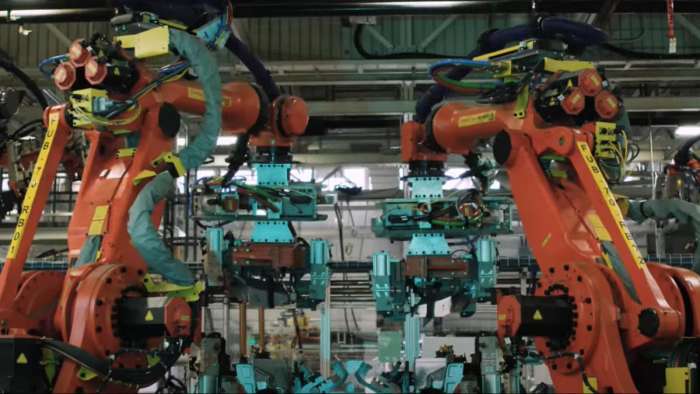 In terms of MIC Model Y, the Fremont Model Y assembly engineering team has been at GF3 during the factory ‘shut down’ last week building NEW Model Y lines (not retooling existing Model 3 lines, as many thought).

In addition, they have a team of German engineers that programmed the Kuka robots at gigafactory 1 and 2 to program the new robots at the Model Y lines.

Also, retooling for the new Kuka robots has already begun at GF3. The same German engineering team that programmed the Kukas at Fremont (and GF1 & GF2) worked alongside the Tesla Model Y assembly engineering team from Fremont during last week’s factory shut down. pic.twitter.com/fOE9SeRGqJ

This is important since Telsa is expected by some top analysts like Troy Teslike to begin production of the Made In China Model Y in the 4th quarter of this year.

Hi, everybody. My final estimate for Tesla deliveries in Q3 2020 is 143,051 units. Here is the detailed table. pic.twitter.com/e45AbSPcoB

You can see in Troy's most recent forecast, he has Model Y production in China beginning in the 4th quarter and even a few (3,200) deliveries in the quarter. Tesla will open up their design studio and announce pricing for the Made In China (MIC) Model Y soon, but they are being careful not to do that too soon. They want to maximize the impact of their recent price cut to the MIC Model 3. They don't want to "Osbourne" the newly announced MIC Model 3's with slightly longer range and Lithium Iron Phosphate (LFP) batteries.

Vikas Patel wrote on October 3, 2020 - 8:22pm Permalink
Thanks for the article. More articles from industry guys who actually know what they are talking about, like this guy. Please. No more Ark ETF or Tesla podcasters garbage.