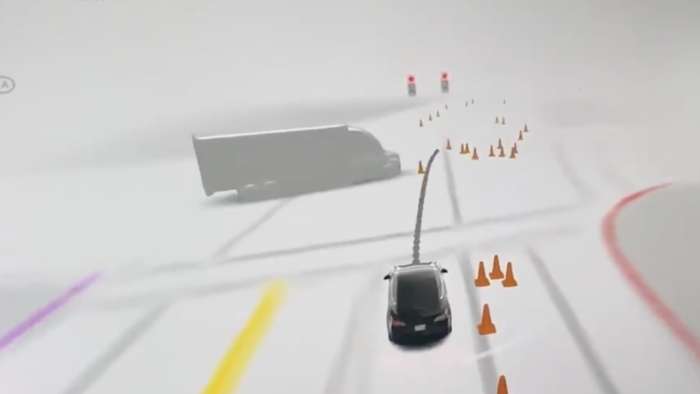 Tesla finally released the much anticipated Full Self Driving (FSD) version 9 beta software last Saturday. The update has currently rolled out to Tesla’s 2000 or so early access program participants.

Owners lucky enough to test Tesla’s latest FSD software have reported the vehicle feels more poised when tackling challenging situations. The early access program testers also report that with the latest FSD build, Teslas are almost ready to no longer need a driver behind the wheel.

Once testing with early access program participants is done, Tesla's version 9 FSD software is expected to be the last major update before the feature is rolled out to the general public.

FSD Beta version 9 is the culmination of several architectural redesigns Tesla had to do to push Tesla’s autopilot beyond the stagnating improvements of the past few years.

Elon Musk in the past has said FSD beta is not an iterative improvement on autopilot software but a complete architectural rewrite. One of the changes Tesla implemented was labeling in the video, or as Musk likes to say “4D”, which are the 3 dimensions of space plus time.

“Now, with our new labeling tools, we label entire video segments. So you basically get a surround video of the thing to label -- Surround video with time. It is now taking all cameras simultaneously and looking at how the images change over time.” said Musk speaking at the company’s Battery Day event back in 2020.

Previously, Tesla used to label the surroundings using single images from the 8 cameras. The images get labeled at different times by different people, as Musk put it, and some of the labels were impossible to tell what it is they were labeling. This caused a lot of errors in the system.

Elon Musk believes moving from the previous method is critical, saying in a tweet, “Video training & inference is essential for excellent autonomy.”

To achieve this goal, Tesla is developing a neural net training computer called Dojo to process the vast amounts of video data that will be coming from the fleet. Elon Musk says Dojo will be significantly better than the best supercomputers in the world.

And now FSD Beta has already introduced the major architectural redesign, version 9 is an iterative yet significant step forward in Tesla’s quest to build the first truly self-driving vehicle.

The most important change coming with Tesla’s version 9 FSD beta software is that it is a vision-only machine learning model. Previously Tesla used a hybrid of camera and radar data to drive the vehicle.

The version 9 FSD update is consistent with Elon Musk’s vision for Tesla’s next-generation autonomous system. Musk believes in order to solve real-world AI, Tesla must first solve driving using only vision(cameras). This is because the road system was designed for human beings to drive using their eyes.

And once Tesla achieves this feat, Musk believes using other sensors such as LiDAR and radar will be redundant.

However, despite version 9 FSD’s improvements, Musk doesn’t seem content until Tesla vehicles are able to recognize all the information human beings are able to take into account when driving.

In response to Eli Burton from My Tesla Adventures, who was amazed by, and shared a video of a Tesla with FSD Beta 9, where the Tesla recognized and displayed the tail lights of cars ahead turning on and off, Musk said with further updates the vehicles will be able to understand even more signals.

According to Elon, with FSD version 9 Teslas will be able to understand turn signals, hazards, ambulance/police lights & even hand gestures.

However, that is not all. Musk also said Teslas will also be able to listen for sirens & alarms. We still don’t know how exactly the vehicles will be able to hear but it stands to reason they will be using microphones around the vehicle.

According to Musk, in the immediate term, Teslas will just be able to recognize these signs but in the future Musk says the vehicles will be able to take into account the inputs to make a decision.

With all the updates coming to Tesla’s FSD software, the next few months are bound to be exciting for Tesla. We will keep you posted as Tesla’s autonomy software evolves.

So what do you think? Excited for all the updates coming with the version 9 FSD Beta? How long do you think it will be until we see level 5 fully self-driving Teslas? Let me know your thoughts down in the comments below.