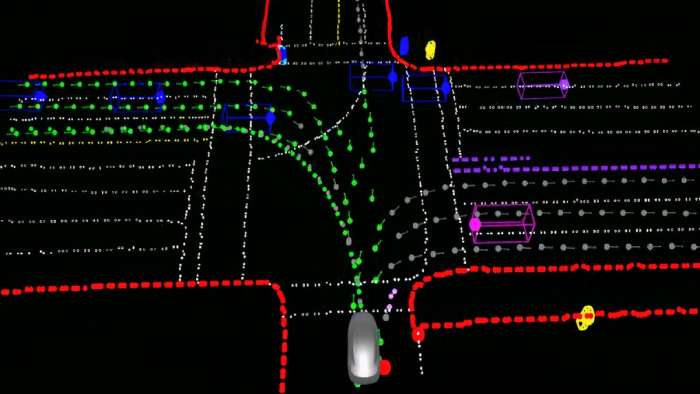 With the release of Tesla's FSD software Elon Musk, thanks early access beta testers for their contribution to improving the software. He also emphasized the importance of labeling in 4D video.
Advertisement

Elon Musk thanks Tesla owners who are participating in the company’s Full Self-Driving early access program. Tesla seems to be using the information it is gathering from FSD beta testers to rapidly improve the capabilities of the new software.

Twitter user James Locke (@arctechinc), who is one of the select few participants in the early access program, asked Elon Musk about his view on the content FSD testers were sharing and if there was anything different they should do. Elon Musk seems to be satisfied writing, “Yes, very helpful. Thanks to all beta testers.”

Tesla is collecting huge amounts of data from the beta testers. In another tweet, James Locke also said he got home after a solid day of beta FSD driving and the car uploaded almost 4GB of data in a short amount of time. This seems to make sense given Tesla’s move to training the neural nets with labeled video.

Just got home after a solid day of beta FSD driving and the car is uploading like mad! 22.8 Mbps upload rate right now with 3.9GB already uploaded back to the Tesla mothership.

Elon Musk in the past has said the now released FSD beta is not an iterative improvement on autopilot software but a complete architectural rewrite. One of the changes Tesla implemented was labeling in video, or as Musk likes to say “4D”, which are the 3 dimensions of space plus time.

“Now, with our new labeling tools, we label entire video segments. So you basically get a surround video of the thing to label -- Surround video with time. It is now taking all cameras simultaneously and looking at how the images change over time.” said Musk speaking at the company’s Battery Day event.

Previously, Tesla used to label the surroundings to train its neural networks using single images from the 8 cameras. They will be labeled at different times by different people, as Musk put it, and some of the labels it was impossible to tell what it is they were labeling. This caused a lot of errors in the system.

Elon Musk believes moving from the above method is critical saying in a tweet, “Video training & inference is essential for excellent autonomy.” For this, Tesla is developing a neutral net training computer called Dojo to process the vast amounts of video data that will be coming from the fleet. Elon Musk says Dojo will be significantly better than the best supercomputers in the world.

Currently, a number of individuals in Tesla’s early access program have been sharing their experience with the new software. And as Musk promised, this is indeed a fundamental improvement.

The cars who got the software update can now handle intersections, roundabouts and some individuals have even reported the software waiting for a gate to open before the car starts to drive.

According to Elon Musk, the new FSD update will be slowly rolled out to all Tesla vehicles. And he expects all Tesla in the US with compatible hardware and with FSD functionality should get the software by the end of the year.

Elon Musk, talking about the improvement, also says there will be a lot of “2 steps forward and one step back.” This has been reported in the previous autopilot software versions too where with an update, the car becomes unable to handle a stretch of road it could already autonomously travel.

Nevertheless, this software update puts Tesla at the forefront of the race for fully self-driving cars. Currently, a number of companies are trying to achieve the same thing with Google’s Waymo, GM Cruze automotive and Zoox being some of the notable competitors.

However, what makes Tesla’s approach different is the company trying to develop a generalized solution for driving. One other company that seems to be taking Tesla’s approach is Comma AI. This is a company founded by George Hotz, a wunderkind who found fame by being the first person to carrier unlock the iPhone at the age of 16. 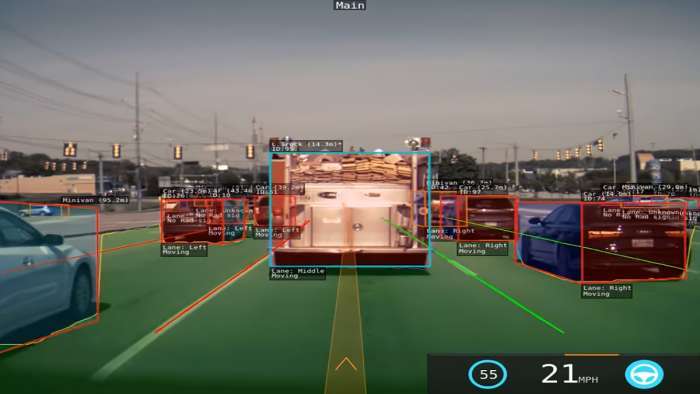 According to George Hotz, Tesla is developing the Apple IOS equivalent of the automotive world where the company has an end-to-end solution, and his company is trying to be android. He thinks in the long run, all car companies other than Tesla will eventually license his software for their full self-driving functionalities.

Hotz has less kind words for his other competitors, especially the ones who use Lidar. According to him, these companies are doomed to fail since they use Lidar to localize their driving to centimeters. This means rather than their AIs looking at a scene and deciding where to go, the companies pre-map their routes and use Lidar to localize their location within centimeters so that the vehicles can follow it.

Elon Musk seems to also agree by saying Lidar is a crutch. In order to have true self-driving vehicles, companies have to solve driving using vision, and the moment that is achieved there will be no need for pre-mapped Lidar point clouds.

According to Cathie Wood, who runs the investment fund ARK Invest, Self-driving is a multi-trillion-dollar opportunity, and the company that wins this race has the chance to be the most valuable company in the world. And Tesla with its vision only system seems to be in the driver's seat.

So what do you think? Are you excited for Tesla Full Self driving software? If given the opportunity would you want to be a beta tester? Also, do you think Tesl will be the most valuable company in the world? Let me know your thoughts down in the comments below.