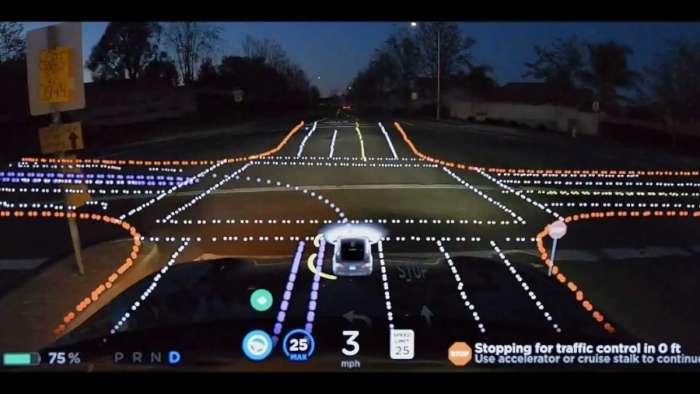 Elon Musk is excited by the work Tesla's autopilot simulation team is doing. Musk says their simulations are so good they are "eerily realistic" and as a result wonders if Tesla should make a game.
Advertisement

In the race to create the first fully self-driving (real world) AI, Tesla’s advantage has been the hundreds of thousands of Teslas driving out in the world collecting billions of miles of real-world driving data.

This is as opposed to Waymo, and other self-driving startups, which rely mostly on simulations to train their machine learning models.

Elon Musk in the past has said, he was surprised to learn Tesla has “better self-driving software and hardware” than Waymo, which is considered by most industry analysts as the leader in self-driving cars.

And now Elon Musk says, Tesla autopilot has gotten so good, the EV maker has had to rely more and more on simulations to come up with close call examples to train Tesla’s next iteration of autopilot software.

Given the name FSD version 9, this iteration of Tesla’s autopilot is a vision-only machine learning model and heralds Tesla’s move away from a hybrid, camera-radar system.

And as Tesla’s autopilot AI moves to a pure vision (camera) sensor suite, it stands to reason the more picture-perfect the simulations used to train Tesla’s AI are, the better the system will be.

Elon Musk provided an example where Tesla’s simulation team had to create a strange scene - “half a car on the highway” - to train their AI model.

When we need strange training examples, eg half a car on highway, Tesla sim delivers.

Musk seems satisfied with the work Tesla’s simulation team is doing and says “Tesla sim team is crushing it”.

Musk is also thrilled with the simulation team’s capability and the “eerily realistic” simulations Tesla’s engineers have been able to create and ponders if Tesla “should make a game”.

Sure. We can show them live. Eerily realistic. Maybe we should make a game.

We have yet to see these purportedly incredible simulations, but we won’t have to wait long. Elon Musk said Tesla will be showing them live at the company’s AI Day which will be held in a few weeks.

According to Elon, the purpose of the AI Day is for recruiting nevertheless, Tesla is already making great advances in the fully self-driving front.

The company’s latest autopilot software released to the general public has come to rave reviews with participants reporting “Tesla Vision is seriously killing it!”

A video posted on the Youtube channel Dirty Tesla shows Tesla’s pure vision autopilot in action, and the driver says he had a “zero-intervention drive home from work! Very comfortable maneuvers as well.”

So what do you think? Are you excited about Tesla’s pure vision FSD? Also, given the capabilities of Tesla’s simulation team, do you think Tesla should make a game? Let me know your thoughts down in the comments below.