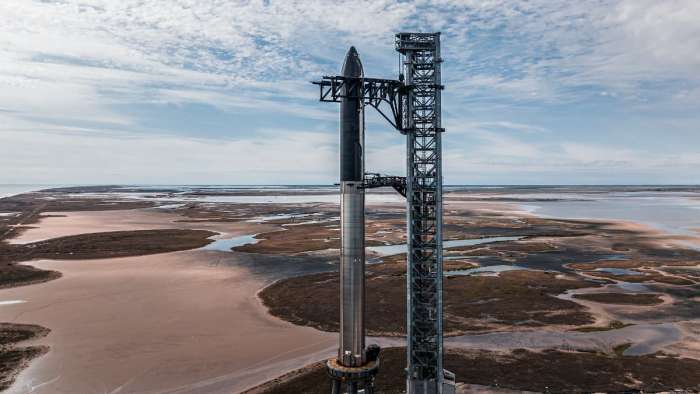 Elon Musk has given us a detailed explanation of why Tesla Model S Plaid motors can't be used to power, his other venture, SpaceX's Starship rocket.
Advertisement

Elon Musk is currently the CEO of arguably two of the most daring companies in the world. The electric car company Musk co-founded, Tesla, plans to transition the world to sustainable energy. And his second venture, SpaceX, plans to make humanity a multi-planetary species, with the immediate goal of colonizing Mars.

And the two companies, once small startups on the brink of bankruptcy have now grown to be giants in their respective industries. Tesla has grown to be by far the biggest automaker in the world by market capitalization.

And even more impressively, SpaceX has grown to absolutely dominate the rocket launch business. Currently, Musk’s space venture accounts for around 75% of rocket launches in the world. That is including all private space companies and nation-states.

However, despite the overwhelming success of both companies, there is one glaring inconsistency between the stated goal of Musk’s ventures. Tesla plans to move humanity away from using fossil fuels for energy.

While at the same time, SpaceX’s continued success means using more and more methane and RP1 (a highly refined form of kerosine similar to jet fuel) to power its rockets. And over the years, several individuals have pointed out this inconsistency and have wondered if SpaceX can incorporate some of Tesla’s tech to make the former more sustainable.

Musk in the past has said all forms of transportation will eventually move to electrification with the only exception being spaceflight. However, Musk has never given the exact number behind why rockets should forever be the exception. That is at least until today.

The Tesla CEO gave us more detail in response to Space YouTuber and Tesla owner EverydayAstronaut. EverydayAstronaut asked on Twitter for “a good source on the weight/output of the Tesla Model S Plaid motor” in order to show why electric motors can’t be used to power rocket engines.

Related news: Tesla (TSLA) Finishes Q1 2022 With Only 17 Inventory Vehicles In The US

In his response, Musk said the turbopumps(basically the pumps which drive fuel from the rocket tanks to the combustion chamber) for SpaceX’s latest engine, Raptor, have over 100MW of pump power. And every starship will be equipped with 33 engines, meaning the motors will need to output 3GW of power.

Raptor pump power is over 100MW per engine & 33 engines, means over 3GW. Not even remotely possible for electric motors & batteries to compete.

To put this into perspective, the Model S Plaid has 3 motors with around 300KW power output, which means, to power a single Starship solely using Model S Plaid motors, you will need about 10,000 motors.

And to make matters even worse, turbopumps in a rocket function by using the same fuel the rocket’s main combustion chamber runs on; however, if you choose to use electric motors, then you will need to store that energy in the form of batteries. The batteries needed to power the starship alone would weigh multiple times that of the entire rocket.

In addition, all these motors and batteries are needed only to replace the mechanism of pumping the propellant from the fuel tank to the main combustion chamber. Meaning the rocket will still need to be powered by fossil fuels.

The absurdity of the number of motors and batteries it will take to power a single rocket should once and for all rest to peace the hopes SpaceX, using Tesla’s technology, can build a sustainable rocket. Having said that, the dream that the two companies will one day be combined into a single company and will join forces to build an electric vertical takeoff vertical landing plane still lives.

As of now, this prospect feels ways out but, we will be sure to keep you posted if we get more information. Until then, make sure to visit our site torquenews.com/Tesla regularly for the latest updates.

So what do you think? Surprised by the magnitude of motors and batteries it would take to power Starship? Let me know your thoughts in the comments below.

Jacques Farges wrote on May 30, 2022 - 4:19pm Permalink
Liquid fuel can be sustainable if it's manufactured using electricity. On Mars, can make rocket fuel from solar and nuclear. Even on earth, companies can now manufacture jet fuel, companies like Carbon Engineering. Liquid fuels are not inherently unsustainable, only when derived from fossil fuels. They will continue to be excellent ways to store energy with high energy to weight ratios. Care has to be taken however with undesirable environmental impacts in the upper atmosphere. Methane might be easier to manufacture on Mars perhaps than Hydrogen, but burning hydrogen and releasing water perhaps has a much more benign impact, at least for launches from earth?