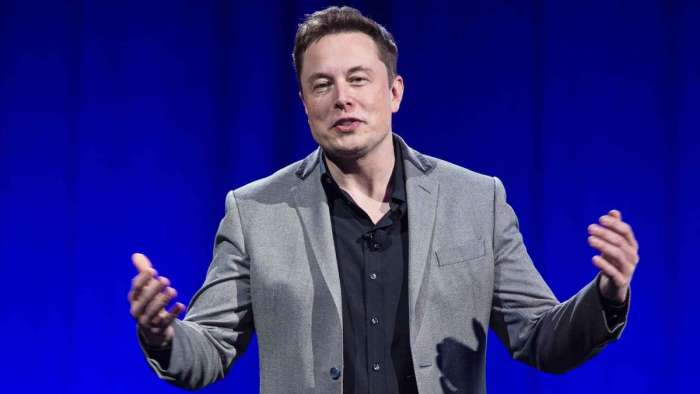 A petition looking to persuade President Joe Biden to fire the new NHTSA head is gathering steam. The petition states, new NHTSA head, Dr. Missy Cummings has in the past expressed a desire to punch Elon Musk, showed bias against Tesla by associating with TeslaQ, and has a financial conflict of interest as she serves in the board of directors of a competing company.
Advertisement

The Democratic party taking over both the executive and legislative branches of the federal government in the 2020 US election was seen by many analysts following Tesla as an advantage for the EV maker.

The thinking went, the new Biden administration will enact stronger emissions standards and will remove the 200,000 vehicle cap put on the Federal EV tax incentive - both actions that would undoubtedly help Tesla in the company’s stated goal of transitioning the world to sustainable energy.

However, despite the Biden administration showing a willingness to move on both issues, relations between the White House and Tesla CEO have gotten off to a rough start.

Elon Musk’s frustration with the Biden administration began when details of a new EV incentive bill, making its way through the legislative process, were revealed.

The bill looks to remove the 200,000 vehicle limit from the current federal EV incentive. Since Tesla has already sold 200,000 EVs in the US, the EV maker’s customers no longer qualify for the $7,500 federal tax rebate.

Also included in the bill are provisions to increase the total amount of the EV incentive to $12,500 and to give prospective EV buyers the grant at the point of sale, as opposed to how it is now where EV buyers get the incentive in the form of tax returns.

On the surface, it would seem Elon Musk will be thrilled with the new bill. However, the new rules are not without their caveats. And the Tesla CEO believes the caveats were tailor-made by legacy auto and their unions to protect their self-interests.

Musk believes the proportion of the incentive reserved for EVs made in unionized factories should be decreased and, the $500 reserved for US-built EVs should be increased.

At the time the details came out, Musk criticized the bill saying “it was written by Ford/UAW [United Auto Workers union] lobbyists, as they make their electric cars in Mexico.” Musk added the new rule does not serve the US taxpayer.

However, the deterioration of relations between the White House and Elon Musk did not stop there. Elon Musk’s other company SpaceX, on September 15 sent 4 civilian astronauts into orbit. The mission named Inspiration 4 marks the furthest humanity has traveled from earth since the end of the Apollo Moon missions back in 1972.

Despite the mission’s historic achievements, and all four crew members being US citizens, President Biden chose to not even acknowledge the launch was going on.

Musk at the moment seemed particularly irked by the President’s silence and in response to a Twitter post asking why Joe Biden has refused to acknowledge “the 4 newest American astronauts who helped raise hundreds of millions of dollars for St. Jude hospital” Musk answered with the now infamous tweet saying “he’s still sleeping”.

Musk continued saying “[Biden] didn’t mention Tesla once and praised GM and Ford for leading the EV revolution,” Musk then asked a rhetorical question saying “does this sound a little biased or something?” continuing Musk added, “it’s not the friendliest administration, seems to be controlled by unions.”

Even though Elon’s tweet was a response to the president refusing to acknowledge the Inspiration 4 mission, Musk’s real issue with the president seems to be Joe Biden’s favoritism for the Detroit automakers while largely ignoring Tesla.

Neither President Biden personally nor the White House responded to the Tesla CEO’s concerns and with that, the animosity between Musk and the current administration was largely swept under the rug.

However, the relative calm only lasted until the Biden administration announced a new pick to lead the National Highway Traffic Safety Administration (NHTSA). NHTSA is the main regulatory body tasked with ensuring vehicle safety and conducting recalls in the US. This means the agency and its leadership are considered crucial for all automakers and their interaction with the government.

Related news: Tesla Already Working On 12,000 Ton Gigapress To Build A Car In One Piece

On Tuesday, the Biden administration announced a new person to lead the organization. And the oncoming NHTSA head, Dr. Missy Cummings (a vocal Tesla critic and the EV maker’s Autopilot system) hasn’t been received with open arms by Elon Musk and the larger Tesla community.

After the announcement, Musk immediately criticized Dr. Cummings saying “objectively, her track record is extremely biased against Tesla.” Musk made the comments in response to a Twitter user who showed Dr. Cummings association with TeslaQ and another user who chimed in writing “the recent actions from @NHTSAgov appeared politically motivated and strongly biased against Tesla. This appointment of Missy Cummings appears to confirm that theory.”

Objectively, her track record is extremely biased against Tesla

And now barely a day into Dr. Cummings being appointed to lead the NHTSA, there is already a petition asking to “review the appointment of Missy Cummings to NHTSA for conflict of interest & bias.”

The petition is addressed to President Biden, Vice President Kamala Harris, NHTSA, and the Office of Personnel Management. As of writing the petition has gotten more than 9,000 signatures.

And the petition reads...

As citizens advocating for progress in vehicle automation, we petition our government for a redress of grievances raised by the appointment of Missy Cummings as a “Senior Advisor for Safety” at NHTSA. We humbly request that this appointment be reviewed for violation of agency guidelines and ethical principles concerning conflict of interest and bias. We urge NHTSA to terminate this assignment, or take appropriate measures to ensure that the safety of the public and economic interests of the United States are not compromised for the benefit of private interests.

We’re concerned by conflicts presented by Dr. Cummings role on the Board of Directors of Veoneer (a Swedish LIDAR company), her membership and association with “TSLAQ” (an online anti-Tesla short-selling & hate group), and public statements that suggest a bias towards and singling out of Tesla over technologies that have now become standard across the auto industry. At times, Dr. Cummings has made public statements that seem to reflect an emotional bias against Tesla, even insinuating that she would have to be “held back” from punching Tesla CEO Elon Musk if she met him. We expect impartiality from our regulators, or at least the appearance of it — not this. If Dr. Cummings needs to punch someone at Tesla, we just ask that the millions of Americans depending on vehicle automation not become collateral damage.

The petition continues showcasing Dr. Cummings bias against Tesla quoting her past comments directed at the EV maker and its CEO. The petition also goes into further detail about how Dr. Cummings has received shares from Veoneer valued at $400,000 and how Tesla’s success could negatively affect the value of her Veoneer shares.

If you are interested to learn more about Dr. Cummings involvement with Veoneer and her association with TeslaQ you can read the petition in full at change.org. And afterward, if you happen to agree with the assertions, you can also consider signing the petition.

As of now, we haven’t gotten any response regarding the petition from the White House, the Vice President’s office, or NHTSA. However, we will be sure to keep you posted as soon as we get more information regarding the issue. Make sure to visit our site torquenews.com/Tesla for the latest updates.

So what do you think? Do you believe Dr. Cummings conflict of interest and Tesla bias precludes her from running the NHTSA? Or do you think the Tesla community is blowing the issue out of proportion? Let me know your thoughts down in the comments below.

For more information check out: Steinbach Talks About Future of Tesla Giga Berlin's Expansion and Elon Musk Signing Small Invoices Also, see Tesla Solar Panels and Solar Roof Could Dominate the Energy Market in the US

LG's New EV Battery Plant Is a Welcome News for Tesla
Tesla Giga Berlin's New Hurdle: It's Not Only the Gov't, but Now Tesla Itself
END_OF_DOCUMENT_TOKEN_TO_BE_REPLACED