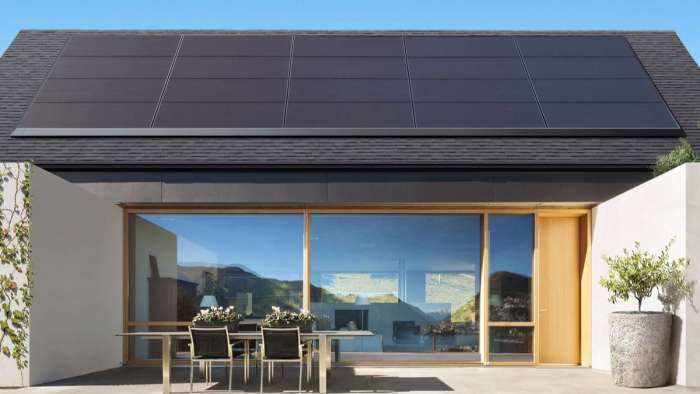 Tesla, Inc. designs, develops, manufactures, sells and lease electric vehicles and energy generation and storage systems, and offers services related to its sustainable energy products. The Company's segments include automotive, and energy generation and storage. Through its subsidiary Tesla Energy, it develops and is a major installer of photovoltaic systems in the United States.
Advertisement

The company, according to Musk himself, nearly went bankrupt during the Tesla Model 3 ramp up from mid-2017 to mid-2019, and the stock traded as low as $35. But here on the cusp of 2021, the transformation from car company to a vehicle for every investor's dreams is complete.

Tesla stock trades at a multiple of sales that puts even the best tech companies to shame. Of the FANMAG stocks everyone is so enamored with (Facebook, Apple, Netflix, Microsoft, Amazon, and Google), only one trades for more than 10 times sales (Microsoft at 11 times). Amazon, the stock all value investors have shunned due to its “insane” valuation is the cheapest of the bunch at just 4.7 times sales. Tesla stock, meanwhile, trades at a nose bleed inducing 21.5 times sales. Not being a mere car company allows investors to imbue the company with qualities that cannot be quantified. A clear example is in the Solar PV industry, where Tesla is a strong player. 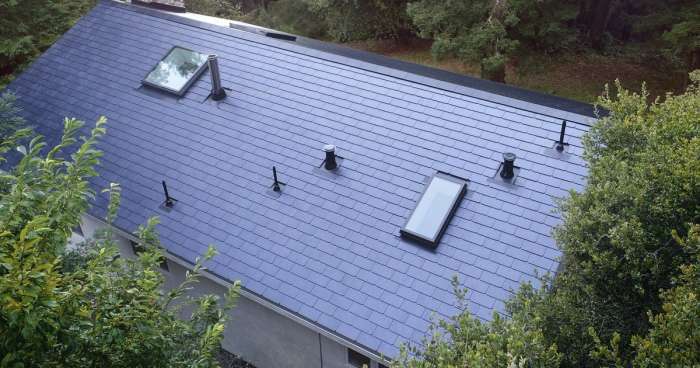 As per the latest information from SEIA (Solar Energy Industries Association), the U.S. installed 5.7 gigawatts (GWdc) of solar PV capacity in Q2 2021 is expected to reach 108.7 GWdc of total installed capacity, enough to power 18.9 million American homes. The US officially surpassed 3 million installations across all market segments, the vast majority of which are residential systems. Before the investment tax credit (ITC) fully phases down under current law, the solar industry will continue to break annual installation records every year for the next three years at least.

US rooftops could host enough capacity to produce an annual 4.2 petawatt-hours (PWh) per year, which slightly surpasses the country’s current total energy output of around 4 Pwh per year. (The Petawatt (PW) is equal to one quadrillion [1015] watts.), according to scientists at the University of Cork in Ireland, who conducted a thorough study on global rooftop solar PV potential (https://www.nature.com/articles/s41467-021-25720-2). And that’s just the start, because solar panels are currently around 15-22% efficient, which continues to improve with technological innovations.

Solar panel efficiency is the percentage of sunlight a single solar panel can convert into electricity. The US has enough usable rooftop space to deploy enough solar power that would match its current generation levels, according to that study. 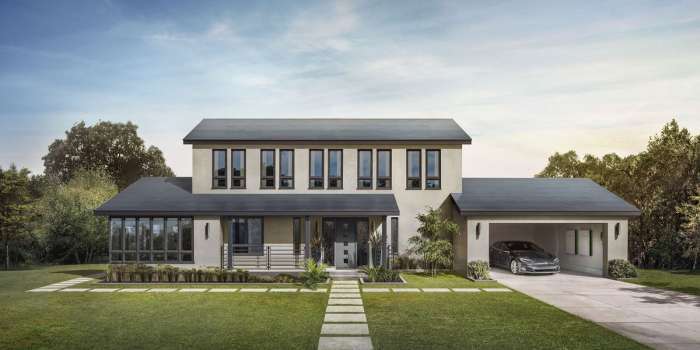 The U.S. solar industry had a record year in 2020 despite the coronavirus pandemic, according to a report from the Solar Energy Industries Association (SEIA) and Wood Mackenzie. The report found the industry added a record 19.2 gigawatts of new capacity during 2020, a 43% jump from 2019. By 2030, solar installations are expected to quadruple from current levels. In this scenario, First Solar is the largest US-based solar panel manufacturer with an annual production of 1.9GW of solar modules.

Between 2006 and 2018, the installed capacity of the RTSPV (Roof Top Solar Photo Voltaic) has grown from 2.5 GW to 213 GW- an 85-fold increase globally. With an additional capacity installation of 41 GW, RTSPV currently accounts for 40% of the global cumulative installed capacity of the solar PV and nearly one-fourth of the total renewable capacity additions in 2018 - surpassing the combined new installed capacities of both coal and nuclear. At the same time, RTSPV technology has demonstrated a steep decline in its deployment costs which ranged between 63 and 265 $ MWh in the year 2019 - a reduction of between 42 and 79% over 2010 values. 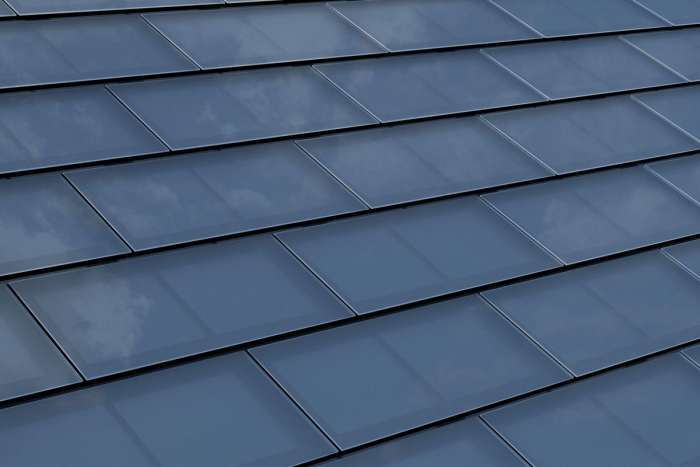 Tesla installed 1,274 megawatt-hours of energy storage in the second quarter of 2021, a 205% increase from the same period last year. Similarly, the amount of solar energy deployed in the second quarter of this year was 85 MWh, up 214% from Q2 2020. Going back in time, in 2016 Tesla acquired the “SolarCity” company, which was the U.S. leading residential solar installer at the time, coincidentally founded by the cousin of Tesla CEO, Elon Musk. Right after that, a myriad of other solar manufacturers entered the residential solar market, and some of those leaders, such as Sunrun and Vivint Solar, have battled Tesla to be the market leader.

At the moment, the 3 key features that Tesla excels at are: a) Tesla solar panels: standard rectangular panels normally associated with typical solar installations; b) Tesla Solar Roof: solar tiles designed to cover the entire roof and look like the tiles or shingles themselves, instead of panels on top of the roof; c) Tesla Powerwall: a rechargeable battery that Tesla can install in conjunction with new solar systems or add to existing systems to maximize the efficiency and effectiveness of energy use in the home. 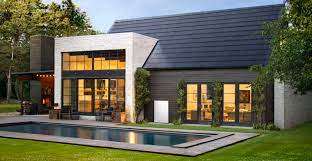 The main features of Tesla solar panels are a 24/7 monitoring system which allows you to control the panels at any time and from anywhere in the world through a mobile application. It tracks the performance, efficiency and generation of the panels, in addition to detecting any problems in the system in real time. Another important detail has to do with the looks: Tesla prioritizes the design of its roof panels in a way that the competition does not, creating a sleek, blended, low-profile installation that provides direct curb appeal.

At this pace, if Tesla continues with that 205% growth rate, and based on the market information available at the time of writing this article, Tesla Solar will dominate the US Roof Top Solar Photo Voltaic industry very soon.

jg wrote on October 18, 2021 - 6:29pm Permalink
I've been watching the solar-shingle space for a couple decades because I never want to buy another shingled roof. It has always seemed like such a waste to buy a roof then punch holes in it to mount solar panels (no offense to anyone in the business of doing that, it's just a feeling I've had that there just has to be a better way). The Tesla Solar Roof truly looks like the first commercial product that can pioneer and build this market, much like their EVs. There have been plenty of others over the years, but unless you had a ton of cash they were well out of reach and eventually the products died because the customer base dried up. Other than the latest (huge) price increases, the biggest issue I have with their products (Roof and Panels) is that the company as a whole provides absolutely NO information to the consumer about availability or timelines until you commit to purchasing their product (not to mention 2 of the 3 different versions of Solar Roof shingles originally announced, one pictured in this article, are nowhere to be seen). Makes me think they are doing something borderline illegal and want to hide as much from consumers and authorities as possible so they aren't scrutinized or penalized. I almost pushed the "buy button" a few days ago when the news came out that they were opening up installations to the entire US, but once again their online support was so shifty when I started asking questions that I got turned off, again. Personally, I think the Generac PWRcell (getpwrcell.com) looks like a better storage solution than the Powerwall, but they assume you you already have solar, so it's not the fully integrated system and one-stop-shop that the Tesla solutions appear to excel at. We really need federal and state incentives to boost adoption and get our grids working as distributed power systems so we can start shutting down huge power plants (as well as the personal security of having backup power should grid issues or weather require).
Greg Ballantyne wrote on October 26, 2021 - 4:50pm Permalink
I know just what you mean. I just signed a contract for a Tesla Solar Roof and Powerwalls installation, after wanting this for several years. The system is in the design stage, targeting a 15 kw capacity with 2 Powerwall batteries. The price is considerably higher than a similar solar panel array, but the Solar Roof installation will utilize roof space much more efficiently and produce more in my partially shaded location. And the available US tax incentives increase with the price. I am really looking forward to the completed project.
James G. McDaniel wrote on October 19, 2021 - 7:01am Permalink
Very poor rollout on ALL solar panel products. Companies seem to have popped up EVERYWhere. I receive multiple texts, e-mails, etc. from an inquiry I made on my energy companies website for "more information" about solar panels. The prices are prohibitive for many and the sales techniques are invasive. There seems to be a lack of coordination between energy companies and installing companies. Companies appear to get rebates on installs from the energy companies and I do not see any incentives being passed along to consumers. Just a mess.
Greg Ballantyne wrote on October 26, 2021 - 4:54pm Permalink
You did not look very closely at all at the solar landscape. I've been looking at this for a number of years, and have found things to be completely different from your description. I'm getting a Tesla Solar Roof with Powerwalls installed in the next couple of months. You have much to learn, but it sounds like you're not really interested....
DeanMcManis wrote on October 20, 2021 - 10:21am Permalink
I really tried to set up solar power through Tesla. First with their announced subscription service, and then with a full solar installation, but it didn't work out. I think that their subscription service was based on installations where power use was lower than electricity production, and probably had some back end deal with local power companies for subsidies. The hidden costs for roof repair ($8500 for roof paper replacement) was unrealistic and a deal killer for me. I also looked into Tesla's full solar roof option, but after 6 months of working with Tesla, they were going to have to start from scratch with the solar tiles, so the deal died. Plus there were changes in Tesla roof tile installation costs that were scary. There is room for great growth in solar installations, but my experience with Tesla was not positive. Even though I very much wanted it to work out.
Greg Ballantyne wrote on October 26, 2021 - 5:01pm Permalink
I just signed a contract with the Certifed Tesla Solar installer in my state for Solar Roof and Powerwalls. Going directly to the certified installer may be a better route to take than using the Tesla website to initiate a project like this - I seem to get better response from a local organization. I am really looking forward to completion of this project.
jg wrote on October 27, 2021 - 9:36am Permalink
How would one figure out who is a certified local installer? I was going to do just that many years ago, even going so far as to encourage some businesses to contact Tesla, but they (at least when I was looking) kept everything vey secret (like everything else they do). I did find the firefighter training videos which is the only thing that showed how they were made and pretty much confirmed my suspicions and sold me on their system. Now I kind of want to wait and see what incentives are part of the latest federal legislation just in case it isn’t retroactive (like the $50K+ I “lost” by not getting a student loan that could have been “forgiven”).
jg wrote on October 27, 2021 - 11:26pm Permalink
Just to clarify, as far as I can see the Tesla site only shows Certified Installers for Powerwalls.

LG's New EV Battery Plant Is a Welcome News for Tesla
Tesla Giga Berlin's New Hurdle: It's Not Only the Gov't, but Now Tesla Itself
END_OF_DOCUMENT_TOKEN_TO_BE_REPLACED