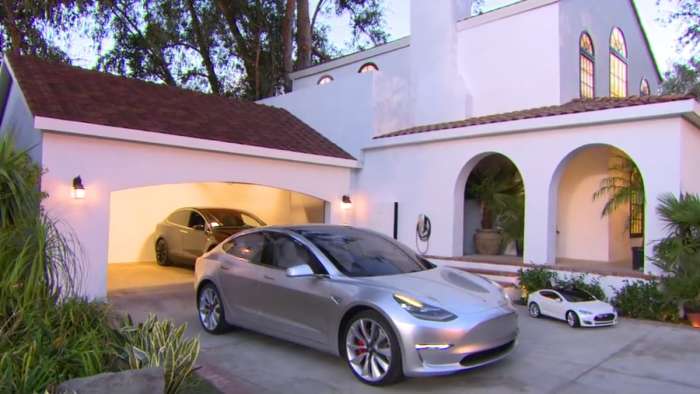 As an ideal combination that would allow anybody – with enough resources – to go 100% electric in a sustainable way, having any of the Tesla lineup models and a Powerwall + Solar Roof (or solar tiles-shingles) from Tesla would make the ideal combination in terms of green energy, and in the long run, in terms of economic-financial sense.
Advertisement

Tesla's solar products, such as the Solar Roof, Solar Panels and Powerwall batteries, are a synonym of high quality and excellence in the world of renewable energy, and it is precisely because of that fact that I think it is an ideal combination for any ecologically conscious person (and as said before, with sufficient financial resources).

Going back in time, in 2016 Tesla acquired the “SolarCity” company, which was the U.S. leading residential solar installer at the time, coincidentally founded by the cousins of Tesla CEO, Elon Musk. Right after that, a myriad of other solar manufacturers has entered the residential solar market, and some of those leaders, such as Sunrun and Vivint Solar, have battled Tesla to be the market leader. At the moment, the 3 key features that Tesla excels at are: a) Tesla solar panels: standard rectangular panels normally associated with typical solar installations; b) Tesla Solar Roof: solar tiles designed to cover the entire roof and look like the tiles or shingles themselves, instead of panels on top of the roof; c) Tesla Powerwall: a rechargeable battery that Tesla can install in conjunction with new solar systems or add to existing systems to maximize the efficiency and effectiveness of energy use in the home.

Regarding solar panels, the main features are basically a 24/7 monitoring system: it allows you to control your panels at any time and from anywhere in the world through a mobile application. The application tracks the performance, efficiency and generation of the panels, in addition to detecting any problems in the system in real time. Another important detail has to do with the looks: Tesla prioritizes the design of its roof panels in a way that the competition does not, creating a sleek, blended, low-profile installation that provides direct curb appeal.

There are some other things to take into account, like customization (as part of the Tesla solar panel installation process, homeowners submit photos of their equipment and available spaces rather than having a team inspect these areas). This way, the total costs can be lowered significantly. Also, the exact nature of the installation chosen for your home will be customized based on your roof, your energy needs, your geography, your budget and much more.

The cost of solar panels depends on a number of factors, such as size, complexity of the installation, local tax incentives available, etc. However, with all these considerations in mind, Tesla tries to ensure that it can offer a lower cost through its price-match guarantee. The way this program works: owners can submit a recent quote (within 14 days of ordering) from a competitor for a similar solar system, and Tesla will match the price. 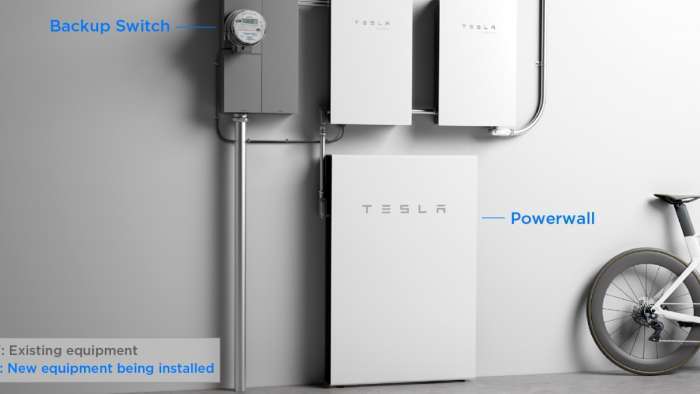 The Powerwall lithium battery system from Tesla Energy has made a big impact in the solar world and pushed home energy storage into the mainstream. Tesla took the energy storage world by surprise with the release of the first-generation Powerwall about 6 years ago. This unique DC-coupled battery had a much smaller 6.4kWh capacity and was the first high-voltage battery for home use available in the market. In comparison, the second-generation Powerwall 2 released in 2016 has over double the storage capacity and includes an integrated battery inverter-charger giving it much more power and flexibility.

The latest iteration in the Tesla home battery series is the new Powerwall+ (plus) which was first publicized in May 2021. The new Powerwall+ is essentially the Powerwall 2 battery system with an integrated solar inverter making it a complete all-in-one solar energy storage system. Thus, by adding a battery to your home solar system, you can use solar energy even when the sun is not shining (such as at night or on cloudy days), have stored energy in the event of a power outage, and even sell excess energy to the grid when energy costs are higher (we will talk about “Net Metering” in a different article).

Regarding costs, although each system will be different, depending on many different parameters, each type of installation will be unique. The prices are $ 10,500 for one Powerwall and $ 17,000 for two Powerwall units (based on information at time of writing).

There’s also the Tesla “Solar Roof”: but we will be talking about it in a future article, as it deserves a detailed analysis and thorough cost-benefit overview.

As a whole, a wise combination of a Tesla electric car with Solar Roof and Powerwall batteries absolutely makes sense from a financial & economic point of view, but more importantly, in terms of a sustainable and green-oriented ecological investment.