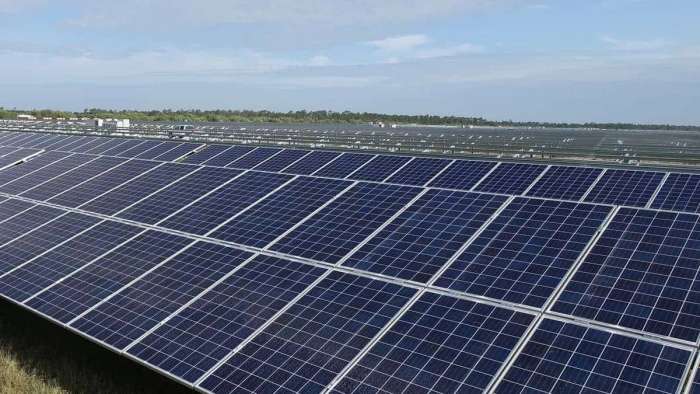 Tesla's Solar Panel Woes and What Really Is Going On

The US consumer product safety commission is looking into these fires that have occurred at Walmart and Amazon Warehouses. There are questions as to whether a federal investigation is warranted. Let's look at Tesla's solar panel woes and what is really going on with them.
Advertisement

The complaints about fires due to Tesla’s Solar panels have not been limited to just Walmart stores and Amazon Warehouses. Homeowners have also complained about Tesla Solar panels causing fires.

Henkes has reportedly been pushing Tesla to take action for years

Henkes was Tesla’s Solar field quality manager. He claims that a lawsuit on Tesla from November 2019 said the company had been aware of fires from the very beginning. It was said in this lawsuit that Tesla learned that aphemol H4 connectors were installed on the solar panels which may have caused the fires. According to the lawsuit, Tesla’s solar panels have been installed on 60,000 houses and 500 commercial and/or public buildings.

Henkes was fired from Tesla

Tesla has been under fire lately for other issues

They have had to face the NTSB which has been threatening Tesla with more regulations due to crashes that occurred. Tesla has also been accused by China of having cars that spy their military bases. Tesla was again accused by consumer reports of having cars that don’t alert the driver, and then will spy on the driver. Many Tesla loyalists do not agree with how the media has been portraying Elon Musk and Tesla in recent weeks.

Many do not believe the claims of Henkes

There has been a lot of chatter about Henkes’s claims on different parts of the internet. After scouring through some of it, one of the most popular sentiments is that many organizations are trying to bankrupt Tesla. The company actually responsible for installing the solar panels is Solar City. Solar City was acquired by Tesla. When looking more into Solar City and what others have said, the issues with the connectors seem to be tied to old installations. This does sound eerily similar to how the NTSB is after Tesla because of old accidents. Some also expressed that Elon Musk would be transparent if the issues Henkes raised were true. They see this whole debacle as part of a war on Tesla.

What Tesla needs to clarify

If Tesla came out to address the solar panel issues, they would have to clarify what actually happened. They should try to address whether this was old technology or not. Either way, in the event of fires being caused, it makes sense that Tesla would be liable. However, there have also been rumblings that the fire was caused by a problem with Walmart’s roof. Also, if there is risk of fires Tesla should admit it. According to CEO Greg Sellers who runs a solar maintenance business in California, the risk of fires is very low in solo photovolactics.

More polling should be done and publicized

Tesla (along with outlets who cover Tesla) should release polls that will allow consumers to answer questions. The answers to these questions should give Tesla an idea as to how they are handling certain matters. They should also let consumers give their opinions on things like what their favorite feature is on their car. There is some work to be done in this area. There are a lot of polls out there that the media publishes that focus on which political candidate is most popular when running for a given office. Elon Musk is probably more popular than most politicians. Consumer opinions should be looked to more, rather than stories from the media that can be spun a certain way. For example, Tesla owners should be polled as to whether they believe these allegations are legitimate.

Jason wrote on March 15, 2022 - 9:52pm Permalink
My elderly mother has these solar panels from 2016. Tesla came by in 2019 saying they need to upgrade the panels(never mentioned the fire danger). Yet today 03/2022 they still have not removed the panels and upgraded. These panels stopped working 5 months ago and Tesla will not upgrade them due to her metal roof, the same metal roof that they did the installation on in 2016. She has been given the run-around to say the least. they sent 3 "contractors" that never even looked at the roof and said they will not do it and she has talked to numerous customer service reps that flat out lie to her. They are taking advantage of a 73 year old widow on a fixed income.

Tsingshan's Threat to Tesla: EV Maker Is In Battery Crosshairs
Tesla-Funded Research Reveals One of The Biggest Mysteries of EV Battery
END_OF_DOCUMENT_TOKEN_TO_BE_REPLACED