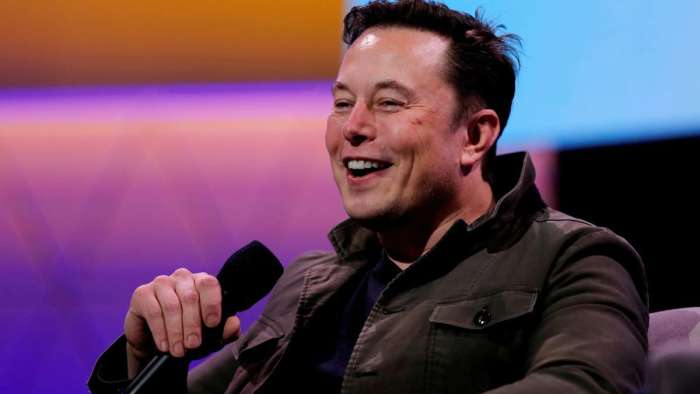 Elon Musk has advised Warren Buffett to invest in Tesla if he wants to increase his diminishing wealth. Musk has also pointed the finger at Bill Gates for shorting Tesla and possibly influencing Buffett to not invest in the EV maker.
Advertisement

After the recent run-up in Tesla’s stock price, Elon Musk has once again reclaimed his short-lived position as the richest person in the world. Musk’s fortune has grown so much, he is now wealthier than Warren Buffett (legendary investor) and Bill Gates (Microsoft founder) Combined.

According to Bloomberg, Musk is now worth $236 billion, making his fortune bigger than Warren Buffett, $103 Billion, and Bill Gates, $130 billion, combined.

And now, Elon Musk comfortably back to his number one position has started doling out investment advice to his fellow billionaires who happen to not be doing as spectacularly as he is.

Responding to a tweet by Trung Phan (a senior analyst and business writer at The Hustle), who remarked on Elon Musk’s turn of fortune in comparison to Bill Gates and Warren Buffet, Musk responded by saying “maybe Buffett should invest in Tesla” and followed his own advice with laughter.

The entire premise of Musk’s advice is most likely to poke fun at the old guard of the financial world. After all, Warren Buffett doesn’t need investment advice as he has more money than he can spend in several lifetimes. However, Musk’s advice also likely contains an earnest invitation to Buffett to invest in Tesla.

Related news: Tesla Already Working On 12,000 Ton Gigapress To Build A Car In One Piece

Continuing his Twitter back and forth, Musk agreed with a comment by a Twitter user who responded to Elon’s comments saying “maybe he [Warren Buffet] did think of investing in $TSLA but Bill [Gates] told him he shorted it.”

Here Musk seems to be once again pointing the finger at Bill Gates for taking a short position in Tesla. (If you happen to not be familiar with the idea of shorting a stock, it basically means taking a bet the stock price of a company will go down, and if does, making a profit.)

Musk initially shared his suspicion that Bill Gates is betting against his electric car company in his last appearance on the Joe Rogan podcast. Speaking to Rogan, Musk said he has it from trusted sources that Bill Gates has a short position against Tesla.

Bill Gates cast aspersions on the viability of electric semi-trucks based on his belief, the weight of a battery pack needed to power a semi-truck would be so heavy, it will make such a vehicle unpractical.

However, this is not a belief held only by Gates. Following Tesla’s Semi unveiling event, several analysts, who follow battery technology and long-haul trucking, also shared their skepticism of Tesla’s 18 wheeler.

Still, Musk believes Bill Gates’ comment is a combination of a financially motivated strategy designed to push Tesla’s stock price down and a lack of knowledge regarding the issue.

Musk had harsh words in response to the Microsoft CEO back in 2020. When asked about the same issue by a Twitter user, Musk said, referring to Bill Gates, “He has no clue.”

However, Bill Gates added fuel to the suspicion that he was betting against Tesla when he chose to obfuscate when asked directly in a CNBC interview if he had ever taken a short position on the electric car maker.

Gates’ comments on the CNBC interview all but confirm the former Microsoft CEO is short Tesla stock, and given Bill and Warren’s close relationship, Buffett might shy away from investing in Tesla if he knows Gates’ doesn’t believe the company is promising.

However, even without Gate’s influence, it’s unlikely that Buffett would invest in Tesla, at least not at this stage in the company. Buffett usually goes for company’s with stable profits and proven out business models.

So even if Buffett was to believe in Tesla’s promise, he would still not likely invest in the EV maker until the company has grown to a point it starts to take a significant chunk of annual automotive sales.

Having said that, Berkshire Hathaway, the holding company headed by Warren Buffett has other managers who can independently make investment decisions without needing Buffet’s go-ahead. So there is a chance, although slim, we might see investment into Tesla from Buffett’s firm in the not too distant future.

The saga of the 3 billionaires is still unfolding. Musk, with Tesla’s continued success, has taken a sizable lead for now. However, if Elon is to remain at the top of the world’s wealthiest list, Tesla will have to keep executing the company’s long-term plans flawlessly. We will keep you posted on Elon Musk and Tesla’s execution going forward. Make sure to visit our site torquenews.com/Tesla regularly for the latest updates as this saga unfolds.

So what do you think? Should Buffett invest in Tesla? Also, do you believe Bill Gates’ short position is what’s holding Buffet from investing in the EV maker? Let me know your thoughts down in the comments below.

Tesla Giga Berlin's New Hurdle: It's Not Only the Gov't, but Now Tesla Itself
Teslas Are Sold Out Until 2023, But The Timing May Reverse
END_OF_DOCUMENT_TOKEN_TO_BE_REPLACED