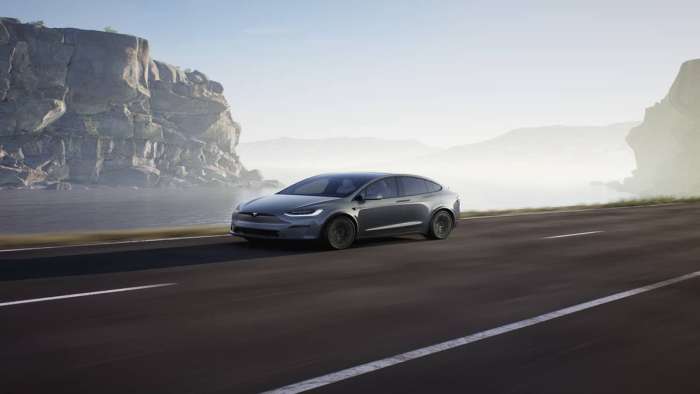 Tesla Posted A Video Tutorial For The New Model X

Tesla posted a set of videos and putting them together makes for a useful tutorial. The videos show the proper way to use the various gadgets and parts on the interior and exterior of the vehicle.
Advertisement

The tutorial is relatively comprehensive. It covers the ins and outs of the infotainment system as well as how to open the doors. The videos don't get too deep into any one specific function. Since the videos aren't that specific, it isn’t a full-blown tutorial, but there is a lot of useful information, nonetheless.

Details in the videos

The first thing to note is that the Model X can be turned on through an iPhone. This is a good feature because it makes it harder for a driver to lose their car keys. However, you should also make sure you have the backup key card if you are relying on the phone. One of the most fascinating things is that the car basically turns itself on and off by responding to the actions of the driver. The driver only has to push the brake to then shift the car into drive using the touch screen. If the driver exits the car while it is in park, then the car will turn itself off.

Another touch to note is that the charge port is actually a part of the rear brake light. This touch makes the Model X look batter aesthetically.

It doesn’t make sense why someone must hold the button down if they want to engage or disengage their high beams. There has to be an easier way. It also appears that there isn’t a button for lumbar support on the passenger side which isn’t ideal.

Almost every aspect of the driving experience of the Model X is automated. This has been true with Tesla for a bit of time now, but tutorials like this just put everything into perspective. It really is astonishing how little the driver has to do. The driver wouldn’t have to do anything at all if the car could read the human mind.

LG's New EV Battery Plant Is a Welcome News for Tesla
Tesla Giga Berlin's New Hurdle: It's Not Only the Gov't, but Now Tesla Itself
END_OF_DOCUMENT_TOKEN_TO_BE_REPLACED