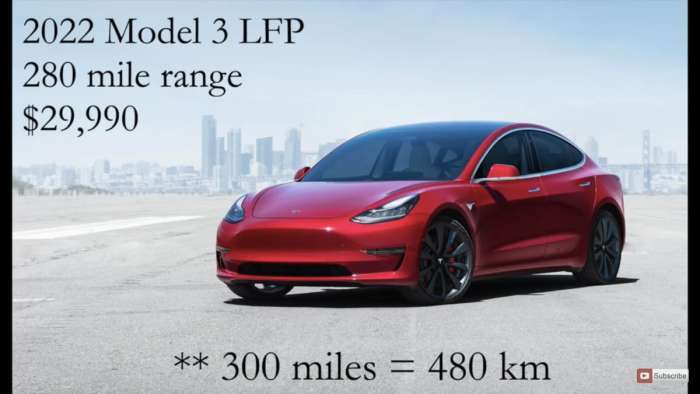 In this news report I am discussing some of the predictions my friend Warren Redlich about the 2022 Tesla pricing, made in a recent video. These predictions are based on his expectations for Tesla Battery Day next week.
Advertisement

There are a lot of expectations out there for battery day next week. Our newest Tesla reporter Tinsae Aregay, recently wrote his expectations for battery day here. Warren has similar expectations but takes his analysis and speculation further. Today, all the Tesla vehicles use similar battery chemistry. The cell size is different between the Model S and X and the Model 3 and Y, but all 4 cars use similar lithium nickel cobalt aluminum oxide batteries (NCA). Warren expects that by 2022, Tesla will use 3 different battery chemistries in their cars.

1. The lithium iron phosphate (LFP) batteries have not been used in cars since their energy density has been inferior to NCA batteries. This means for the same amount of power, the batteries both weigh more and take up more space in the car. These batteries have gotten better and they now are good enough that they offer sufficient range for Tesla to start using them in their standard range vehicles. 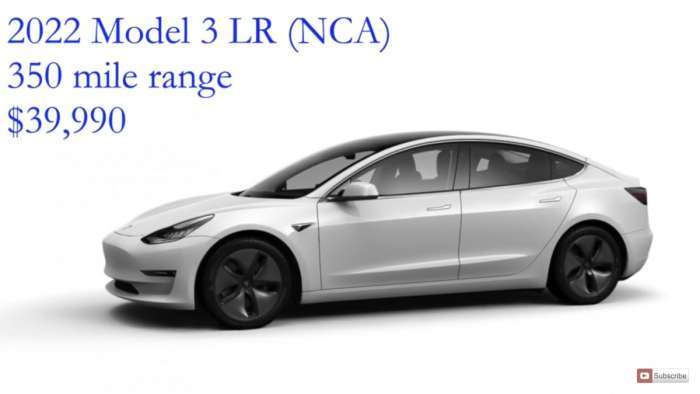 2. The existing lithium nickel cobalt aluminum oxide batteries (NCA) should continue to power most of Tesla’s vehicles with minor improvements in range and cost. 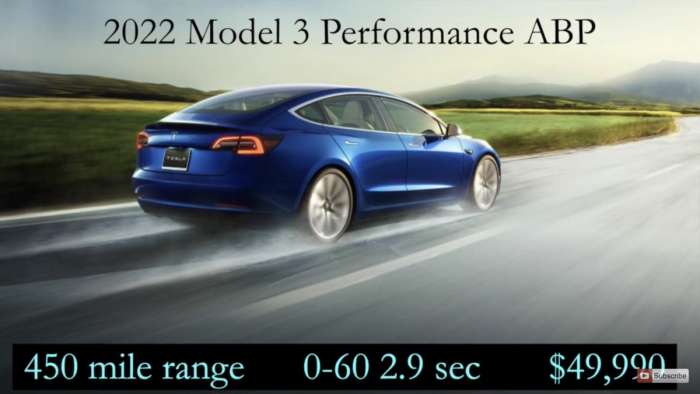 3. The new advanced battery pack (ABP) is a new high-performance battery chemistry Warren expects to offer higher performance, but only have limited availability. 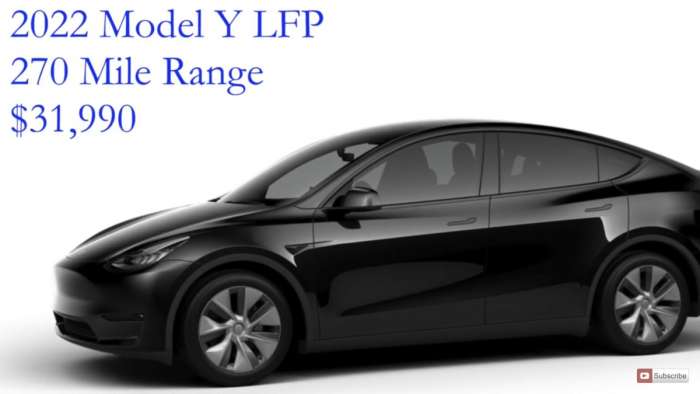 There is a lot more detail in Warren’s video, but you can see that the range and cost projections for a little more than a year from now will rock the market. I’ve heard the adage that every $5,000 cut in price doubles the addressable car market. If this is true, dropping the $8,000 (from $37,990 today), while the average new car goes up about 3% (or over $1,000) a year means that the base Tesla Model 3 will be about $10,000 cheaper than the average new car in the US and have about 4 times the addressable market it has today. This is why Tesla is going from 1 factory to supply the world (Fremont) to 4 auto factories to supply the world (Fremont, Shanghai, Berlin, Austin). They will need about 4 times the capacity as they start to make cars that are more affordable than today’s Model 3. Later this week, I’ll discuss Warren’s predictions for 2025.

Why The Tesla Community Is Wholesome For Most, But Toxic For Some

DeanMcManis wrote on September 17, 2020 - 3:55pm Permalink
Nice write up. Warren is very knowledgable about Tesla's battery research and technology, but I think that he puts too much concentration on Tesla committing to LFP batteries. Tesla's alliance with CATL was a smart one because they will be able to lower the price of Chinese Model 3s and Ys using those less expensive batteries. And also Tesla's Chinese customers will qualify for Chinese New Energy subsidies by having Chinese-produced batteries. But I do not see Tesla expanding that alliance unless they cannot scale their own Roadrunner batteries. The whole point of doing all of their research on developing and testing the new batteries was to give Tesla the option to not be reliant on Asian battery manufacturers that dominate the battery market today, and who have aggressive plans to control battery materials supplies and battery production for the highest profit. It is interesting to think about Tesla developing their own LFP battery. Maybe using Maxwell's dry electrode design and Hibar's manufacturing technology. But I don't think that this is planned in the short term. I do agree that there will be battery design and composition specific to use and market. Specifically the Powerwalls, which do not have space or use constraints that passenger vehicles have. These storage specific batteries could easily use LFP for cost savings. Otherwise, for each of the instances that Warren mentioned using the LFP batteries in their passenger vehicles, I would substitute Tesla's own Roadrunner batteries, which will offer lower cost and reduced pack size along with faster production and higher energy density. But I don't see the short term vehicle price drops as dramatically as Warren predicts using his LFP batteries for Tesla vehicles.