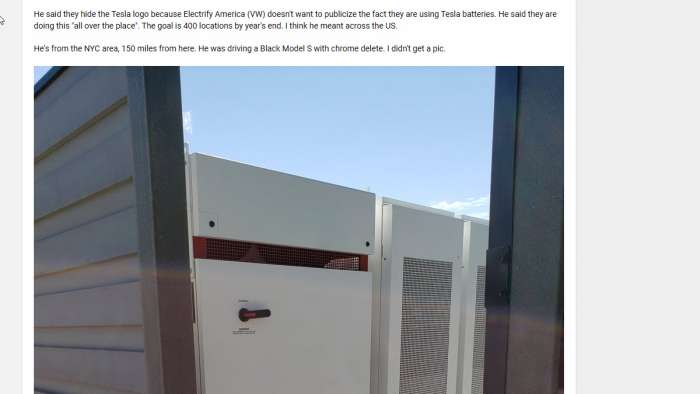 In this story, I’ll explain how Electrify America (created by Volkswagen) appears to be using Tesla batteries to save money in its massive rollout of charging stations across America.
Advertisement

Here at Torque News, we recently covered how Volkswagen has opened the first DC fast charging route for Non-Tesla vehicles from Los Angeles to Washington, D.C. When you run a fleet of charging stations, you are subject to rules set by the utilities across the nation. Some charge by Time of Use (TOU), where you pay a much higher rate when it is during the peak period and a much lower rate when it is off-peak. Today, off-peak is usually when most people are sleeping, but as we get more and more solar, off-peak will move to the daytime. In addition, utilities require commercial customers to pay not just for the amount of power they use, but a charge based on the maximum energy used over a given time interval (usually 15 minutes) called a demand charge. 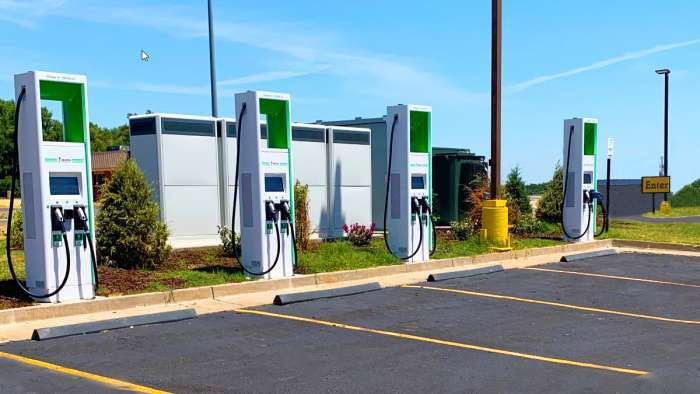 One way you can reduce costs is if you have all your charging stations used at once or during the peak time of use, you can reduce the speed of charging to some or all of your customers. If this is infrequent and subtle, you might get big savings without anyone really noticing it. This is commonly done by internet providers, whether they use cable, DSL, or wireless technologies. If this is done too aggressively, it will really impact customer satisfaction negatively.

Another way you can help lower your electricity bills is to install a bunch of batteries and charge them from the grid when your station isn’t busy and electricity prices are low. Then use smart software to predict to use the stored energy. You could use this to shave off the peak demand (which reduced demand charges) or use it to provide power during peak prices (which is a form of energy arbitrage). 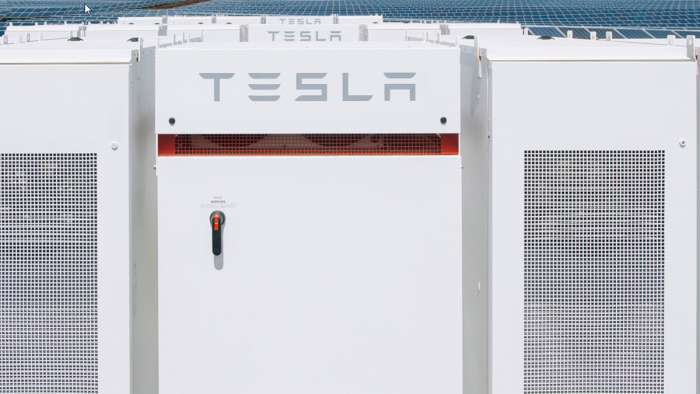 What Volkswagen Appears To Be Doing

According to this post in the “TSLA Investor Discussions” section of the Tesla Motors Club forum, Volkswagen is installing Tesla Powerpacks into a battery storage system (BESS) to allow them to reduce their energy costs as explained above. The poster saw the packs at a Walmart in Albany NY and the installer said the goal is to complete 400 locations by year’s end. Electrify America doesn’t like to publicize the fact they use Tesla batteries, so they hide the Tesla logo.

The Impact On Tesla

We knew utilities around the world are starting to use the large battery storage systems in combination with large solar and wind farms to allow those power producers to provide power even then the sun isn’t shining and the wind isn’t blowing, but this new development shows that another use of energy storage is to either shift the demand for electric vehicle fast-changing to off-peak hours or to shave off the peaks of demand, to reduce the very significant demand charges imposed by utilities. Elon Musk has said several times that he expects the energy side of Tesla to eventually be as big as or bigger than the automotive business. So far the lack of growth in the energy business has been mostly due to the disappointingly slow ramp of the Solar Roof and the troubles associated with the big change in strategy that happened when Solar City and Tesla merged a few years ago. Solar City was the largest installer of residential solar but relied heavily on traditional marketing to drive that volume. Elon’s style is to sell Tesla’s products through reputation and referral programs to minimize marketing and sales expenses. That may be effective in the long run but it has resulted in a decline in Tesla’s solar business as Tesla has focused on its fast-growing automotive division until recently. This news of the possible sale of 400 battery storage systems to Electrify America is a bright spot for Tesla’s frequently ignored energy division.

Take a look at some of the other Tesla Energy Stories we have recently published:

How Tesla Energy and Vehicles Can Become Complimentary

Tsingshan's Threat to Tesla: EV Maker Is In Battery Crosshairs
Tesla-Funded Research Reveals One of The Biggest Mysteries of EV Battery
END_OF_DOCUMENT_TOKEN_TO_BE_REPLACED