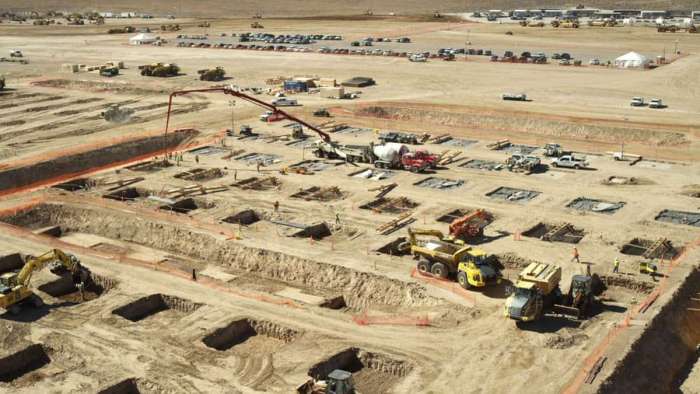 In this article, I will go over a bit of Tesla's history to give context to the news that a legal dispute between the South Korean giant, Lucky Gold (LG) and SK Innovation could seriously impact Ford's plans to product an all electric pickup in 2022. Then I will explain how Tesla avoids this same issue.
Advertisement

Elon Musk was an early believer in electric vehicles (EV) before just about anyone else. Other people thought EVs were a good idea to save the environment, but 20 years ago, they were very impractical. You could either make a glorified golf cart for about $10,000 that wouldn't go far or fast or even have air conditioning or windows or you could spend over $100,000 to build a custom car that would go fast, but still be impractical, since there was no charging network.

Elon Musk had made millions of dollars on PayPal and other ventures and he decided to risk it all on Tesla (and SpaceX). He invested money in Tesla (he didn't start the company, but was an early investor) because although he thought the company would likely fail, he felt is was so important to "accelerate the world's transition to sustainable energy" and he had to try anyway, despite the long odds. He added his money and considerable talent at the perfect time. The computer laptop industry had funded the development of lithium ion batteries that were far better than the other technologies used for the last 100 years (lead acid, primarily). The cell phone (smartphone) industry would provide further volume to help lower costs. Elon's vision was that electric cars would be not just competitive, but superior as 2 key trends played out.

Tesla recognized as early as 2013 that battery supply would be insufficient to support large scale production of EVs. Unfortunately, at that time, they didn't have the money to build their own batteries, so they made a deal with the leading battery supplier, Panasonic, to build the largest battery factory in the world! Its goal was to make enough batteries for Tesla's aggressive plans and to make more batteries than the rest of the world's factories combined. It was widely criticized as a boondoggle just to get subsidies. It was thought there would never be enough demand for EVs to utilize its massive capacity. It's been a huge success for Tesla, although less so for Panasonic.

As Tesla has quickly expanded car production in China this year, it has made agreements to purchase batteries from China's battery giant CATL and South Korean giant LG Chem. In addition, Tesla has signed a new long term deal with the Japanese giant Panasonic. Not content to having contracts with the 3 biggest battery manufacturers in the world, speculation is rampant that Tesla has already started to produce its own batteries at its Kato Road facility near its giant Fremont factory, project codenamed "Roadrunner."

So the issue that Ford has is they didn't see electric vehicles as important to their future 20 years ago, so they haven't realized until very recently that regardless of regulations and incentives, electric cars and trucks are going to be superior in every meaningful way, including cost in a few years and the industry will be making a huge transition, not unlike the transition from film to digital photos in that industry that caused the bankruptcy of Kodak in 2012. 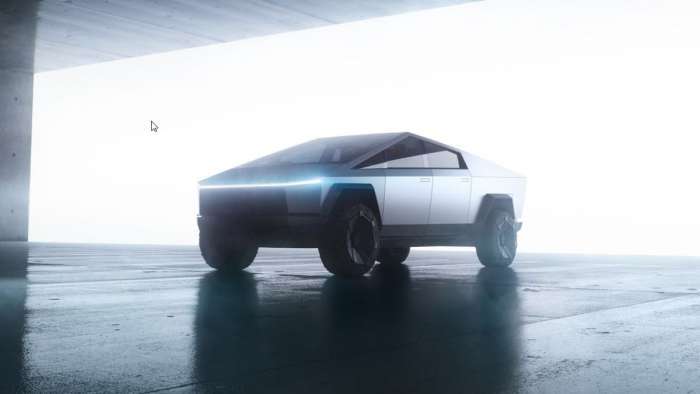 Ford (and Volkswagen) have contracted with SK Innovation last year to supply the batteries for its 2022 Electric F-150. LG Chem has filed a lawsuit seeking to bar SK Innovation from building or importing components to make the cells. Can't Ford just switch suppliers?

Well, if they plan to just make a token number of trucks (like 10,000 a year), I'm sure they can, but since each manufacturer has different specs, they would probably need to delay the product to adjust the design.

My fellow writer Jimmy Dinsmore has written earlier this year that Tesla is "No Threat To The Ford F-150," primarily because Tesla doesn't have the manufacturing capacity to build many trucks. Those that have followed the shockingly fast progress at the Austin Terafactory, being built to make CyberTrucks and Model 3s and Ys, realize the tables are quickly turning. Tesla is preparing to have far more battery capacity than Ford and will quickly increase their vehicle production capacity from about 500,000 this year to about 2 million vehicles in 2022.

Conclusion
It is still an open question if Ford's famously loyal individual customers will buy the shockingly different Tesla CyberTruck, even if its capabilities are vastly superior, but business customers will be forced to investigate the product, since its dramatically lower costs will make them noncompetitive if they don't transition to the new technology as fast as their competitors do.

Ford hoped to offer a great electric pickup (without Tesla's wild styling) to stem the flow to business customers eager to cut fuel and maintenance costs. The legal battle may endanger Ford's plans and leave them without any defense to the Tesla's CyberTruck advance.

Paul Fosse wrote on August 27, 2020 - 5:22am Permalink
If you have questions, please look me up on twitter.
Alex256 wrote on August 27, 2020 - 3:52pm Permalink
Hi Paul, we just learned that SK Innovation on Thursday lost a compensation lawsuit it filed against LG Chem in Seoul for breaching a patent settlement. What do you think will be the consequences for Ford F-150 Electric?
Cole wrote on September 1, 2021 - 8:44am Permalink
Off the subject but is Lucid affected by the LG Chem battery problem that GM is having ?

LG's New EV Battery Plant Is a Welcome News for Tesla
Tesla Giga Berlin's New Hurdle: It's Not Only the Gov't, but Now Tesla Itself
END_OF_DOCUMENT_TOKEN_TO_BE_REPLACED