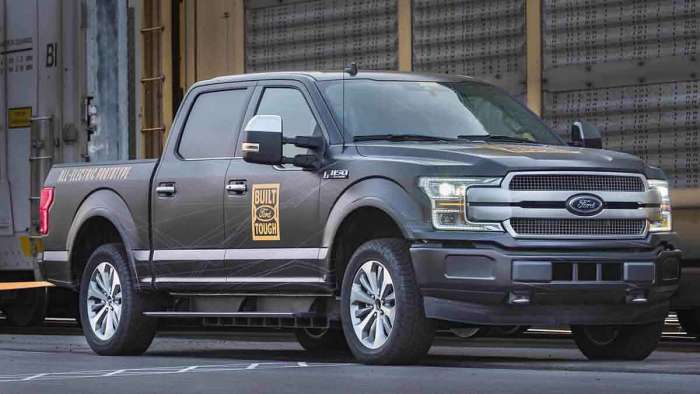 Tesla Cybertruck Is No Threat To The Ford F-150

Tesla’s Cybertruck may have high pre-order demand, but will those converted orders come from Ford’s bottom line? Best-selling vehicle in America, Ford F-150, is poised for their own electric truck.
Advertisement

There was some chatter online, especially a question on Quora, that gave me an idea for a story. One Quora user asked, “Can Tesla put Ford out of business with the cybertruck?” My very short answer to this is: No way!

On Torque News' YouTube Channel, we broke down this question about the Cybertruck's viability. Check out the video here.

There’s no question that Ford is facing its biggest financial hardship in company history, or at least close to it. But the Blue Oval survived the Great Depression and the Great Recession (without taking a government bailout loan) and they will find a way to weather the current pandemic-induced financial storm.

Without a doubt, the F-150 is the key to their success through this financial hardship. It’s the number-one selling vehicle in America. The profits alone from the F-150 keep Ford liquid and viable (they just need to resume production and begin selling trucks again).

When Elon Musk, ever the showman, unveiled the Tesla Cybertruck last fall it was full of fanfare. It generated buzz on the internet and Twitter. These are Musk and Tesla’s key demographic.

The young, hip Tesla company has shaken the automotive industry to the core, or at least they now have everyone’s attention. So it makes sense that someone would ask the question, with Ford on the financial ropes, can the Cybertruck do in Ford.

Let’s take a look at few things that weigh into this formula and show why the Cybertruck won’t affect Ford’s bottom line. 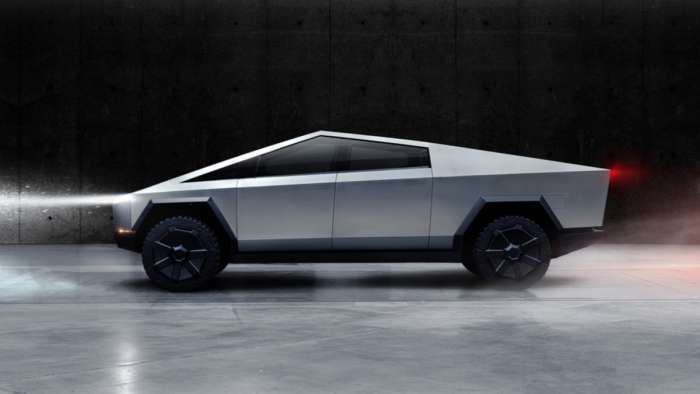 Ford F-150 vs. Tesla Cybertruck By The Numbers
Last year, Ford sold more than 900,000 F-150s and that number has remained around that volume for the last several years prior.

In 2019, Tesla’s entire vehicle lineup sold just over 192,000 units. Despite Ford F-150 sales being down more than 13 percent the first quarter of 2020, the F-Series alone still sold almost the same number of units as Tesla’s entire product line last year.

These numbers don’t lie. Tesla has a tiny market share. I asked my friend Tim Esterdahl who has a truck-devoted YouTube Channel and is one of my go-to truck experts if he thought the Cybertruck could challenge the F-150 at all. His response was clear and left no gray area: “The Cybertruck is not going to sell a traditional truck buyer. It won’t challenge Ford in the least.”

Esterdahl has been a vocal critic of the Cybertruck on his YouTube channel. And verified that when he said: “I see the Cybertruck has having no real impact on any truck sales. It is an oddball vehicle and not really a truck, in my opinion.” He concluded by vehemently stating: “It’s more of an insult to track fans.”

Production Capacity is the Big Problem For Tesla
Ford has the production facilities in place to make pickup trucks. They’ve perfected this process over the truck's long history. Musk has discovered that the automobile manufacturing process is tedious and full of complications. Plus Musk has had a less-than-pristine reputation of over promising and under delivering.

He’s had many growing pains during the infancy stage of Tesla. Trying to jump into the truck manufacturing business will be an immense challenge. Tesla doesn’t even have a production facility set yet for the Cybertruck.

Musk hasn’t even settled on where the all-electric truck will be built in the U.S.. So there are still plenty of obstacles ahead for Tesla. The website InsideEVs.com estimated that Tesla might be able to manufacture around 62,000 units per year at maximum, optimal capacity.

That number falls way short of the so-called orders for the Cybertruck which allegedly are now anywhere between 250,000 and 600,000. Even Musk said that the demand was significantly higher than their estimated production capability.

Even on the low-end of these orders with the rough estimate of the production capability, Tesla would fall 3-4 years behind their own demand versus production output. Imagine if Ford said, we don’t have any F-150s available to sell, you’ll have to wait 2 years for one. That would surely be a recipe for failure and would cost the F-150 the best-selling crown.

As such, in sheer volume production Ford has the upper hand (by a lot). My Torque News colleague and electric vehicle writer summed it up: “Despite the giga name Tesla has so little capacity compared to the volume of F-150 Ram and GM’s trucks that I don’t think the Cybertruck can mathematically impact Fords sales in the next 5 years. 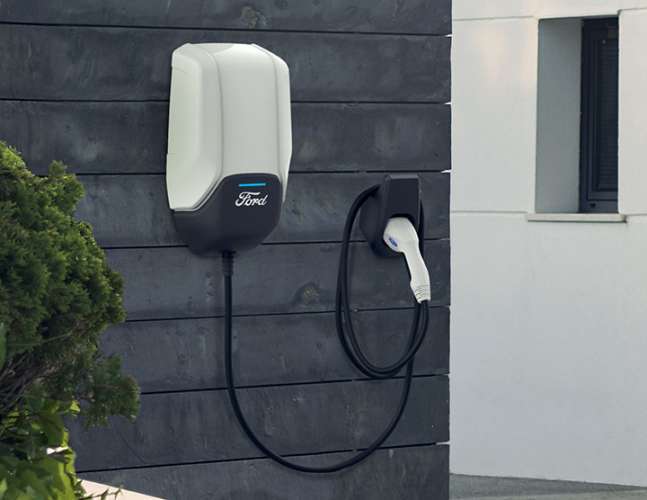 Charging Networks
Tesla has made huge progress when it comes infrastructure. Their Supercharger network has revolutionized the electric vehicle market. You can drive a Tesla across the country with little range anxiety, with access to Supercharger stations throughout America.

Ford recently announced their plans to create a similar network. They’re certainly behind Tesla in this regard. Ford trademarked the name Fastor Charge recently. The name was met with ridicule from many in the EV world, but it shows Ford is committed to electrification.

Having fast-charge stations at dealerships is not enough. Neither is having home-charging stations. Range anxiety or the thought of it at least, is a concern for the average consumer. The fringe EV buyer, which is NOT a typical truck buyer, understands that range anxiety isn’t that big of a deal, if you have a Tesla. But if you want the EV F-150, where will you charge it, other than at home or a dealership?

With Ford committing to the Fastor Charge network it could help their push toward electrification.

2022 Ford F-150 EV – pros and cons
I’ve written extensively about the all-electric F-150 that’s coming. I even tried to figure out who might be the ideal buyer of the electric F-150. And guess what, I don’t believe those buyers would even consider the Cybertruck.

The biggest question that remains unanswered about the 2022 Ford F-150 EV is range. A couple electric vehicle forums I read estimated the F-150 EV would have a range north of 300 miles. If true that would still fall short of the estimates of the Tesla Cybertruck which has been rumored to have range of up to 500 miles.

Likewise towing capacity and what effect that will have on the range remains the single biggest question Ford will need to address. Ford showed off their prototype EV F-150 towing nearly a million pounds. It was a publicity of course, but it did show that an EV F-150 could be quite capable and will certainly be incredibly torquey.

The final, and perhaps the biggest issue will be price. This is where Tesla might have the edge and be able to shave off some of the F-150 truck buyer. Today’s pickup trucks average more than $50,000 and upwards of $75,000 for fully-loaded trucks.

Many readers say they’re too expensive, and yet the consumer continues to buy them up. So the market hasn’t hit that proverbial ceiling yet. I’d imagine the EV F-150 will be pricey.

Musk is claiming a single-motor RWD Cybertruck will have a starting price of under $40,000. If that’s the case, Tesla might have a positive impact on the truck market. Price matters and having a less-expensive, albeit fringe truck as an option might put some pressure on Ford to be very, very careful about the price of the forthcoming EV F-150.

My Final Take
I write a lot about the F-150. I like to think I understand the market and the consumer for trucks. And I generally agree with my friend Tim Esterdahl who definitely has his finger on the pulse of the truck segment. The Tesla Cybertruck will not put Ford out of business. I don’t even believe it will take a chunk out of the F-150 market.

Ford will likely get to market on their EV F-150 at the same time as the Cybertruck, or maybe even before Tesla. Even if the price is higher, the one thing that will work against the Cybertruck as far as traditional F-150 buyers go is looks.

The Cybertruck’s crazy, goofy styling will repel the average truck consumer. Elon’s team went too far with the styling and shows that he does not understand the truck segment at all. And Ford most definitely understands the truck market better than anyone else.

Let me hear your take. I'm sure some of the Tesla fans out there will feel differently, but I'm pretty confident in this take. Leave me a comment and let me know your thoughts.