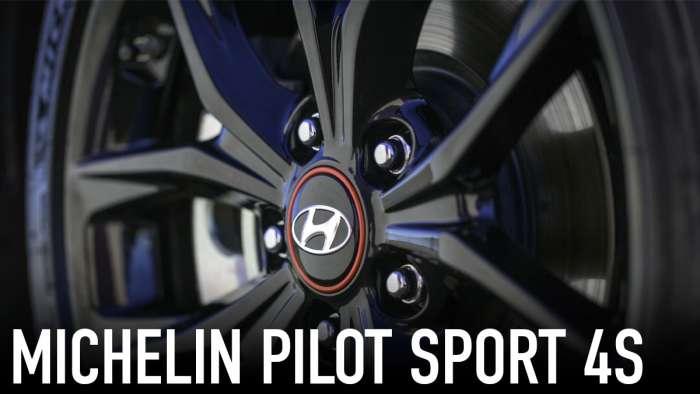 Why Does Hyundai, Kia, & Genesis Use Michelin Pilot Sport 4s Tires? – The Answer Will Shock You

Hyundai, Kia, & Genesis use the excellent Michelin Pilot Sport 4s tires on many of its performance cars. You may not like or even agree to the answer why, but it’s not just because the Pilot 4s is a great tire.
Advertisement

The answer to the question in the title will make some people very upset, but it must be said. I have reviewed many vehicles on my channel, and the Korean trio is genuinely some of my favorite cars. Not only because of the price but because it delivers on all the things that matter, such as ride quality, quietness, and even excellent driving dynamics that can rival or exceed certain German cars. But not all Korean cars are that good; there are some cost-cutting involved with some of your favorite performance Korean cars. 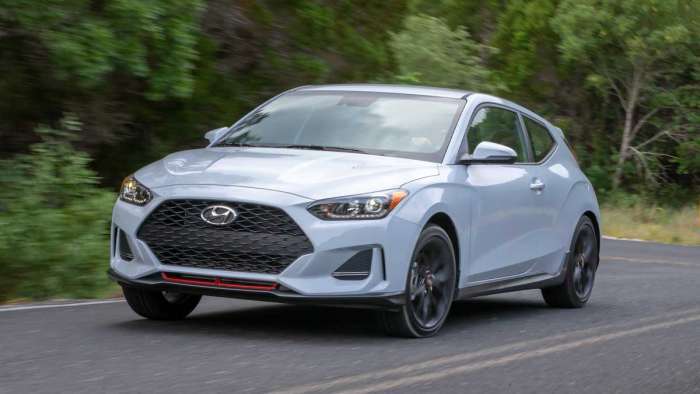 I have personally owned the Kia Stinger, Hyundai Veloster R-Spec, and Genesis G80. Out of those three, most would expect my favorite to be the Stinger or something, but it is the G80. Many would instead brush off the G80 as the grandpa car; it has the worst specs, etc. But there is so much more to driving than just a spec sheet. The Stinger and Veloster R-spec both used the Michelin Pilot Sport 4s tire set up and for a good reason.

Many praised the Stinger for being some almighty do everything car, and when it first came out, all the journalists hyped it up as if it fell from the heavens. It was even named car of the year, the car of the century whatever. I noticed when I first drove the car that it had a sloppy chassis, and it was all over the place. The car came equipped with Michelin Pilot 4s tires, of course, to hide some of the deficiencies of the Stinger. 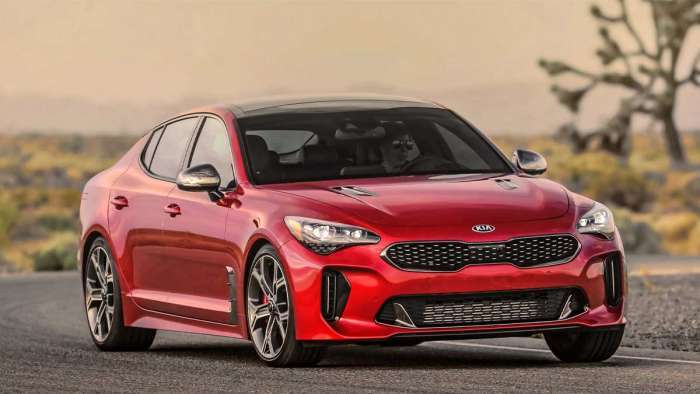 The Stinger by design is flawed because it’s a hatchback sedan, which many love because of the SUV like utility, and I too appreciated this and why I primarily bought the car. But to convert a sedan into a hatchback requires a lot of structural beams in the rear, which adds weight, and that’s fine, but vehicles like this will never have the same level of rigidity as the sedan counterparts, in this case, the G70. The Stinger is also based on the phenomenal Genesis G80, which got no real love from the press but is one of Korea’s best work yet.

The Genesis G80 utilized a proper double-wishbone front suspension and multi-link rear. Lotus also tuned this suspension, and the chassis was rock solid. The Stinger, G70, and new K900 are based on the G80 platform; however, all three of these cars utilize an inferior MacPherson strut suspension in the front. This setup is a far cheaper solution for front suspensions. For the Stinger and its weaker chassis and suspension, the best solution is to overtire it and install the best summer tire possible, the Pilot 4s. 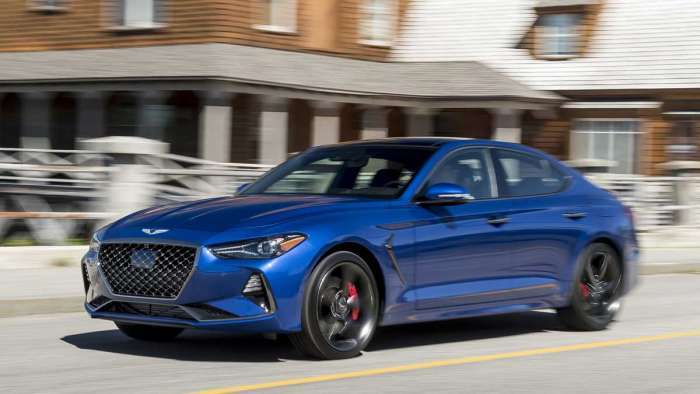 Now, strut suspension can be incredible if appropriately tuned like on the BMWs, Porsches, etc. Thought I should mention before people get more triggered than they already are. The G70 is another compelling case because I like the G70; it has a 3-Series driving demeanor and feels far more rigid than the Stinger because it is a traditional sedan. The G70 is another vehicle that uses the Pilot 4s tire, and a subscriber of mine conducted an interesting experiment. He owns a 2019 Honda Accord and a 2019 Genesis G70. Both vehicles share the same tire size, so he swapped the all-season tires from the Accord and put them on the G70, and he put the Michelins on the Accord. He found his Honda Accord to be the superior handling car to the G70 after he made this temporary tire switch. He continued to say his G70 felt sloppy to drive and was not all that it was made out to be by reviewers. Funny what you hear when actual owners get ahold of these cars and not just some giddy reviewers.

Finally, the little 2019 Veloster R-Spec I owned. I like this car a lot, and for the price, I appreciate everything that it has to offer. The B&M short-throw shifter is a gem, and the vehicle has a great driving feel, naturally, because it feels like it’s on rails. The Veloster is affordable, and because of that, the R-Spec does not come with a limited-slip differential. For street driving, this is fine. You have to take the Veloster R-Spec to a track to see the deficiencies of not having an LSD. But Hyundai decided to make up for this by putting an insane Pilot 4s setup on there, but tires can only mask so much of the lack of mechanical grip. Again, I still loved driving the car on the street, but objectively, this had to be said.

I love Hyundai, and I still enjoy the performance offerings from the Korean trio. But the reality is, some of these cars come with overkill tires to make up for certain deficiencies either in the lack of suspension, chassis, etc. The Michelin Pilot Sport 4s summer tire is excellent for grip and offers phenomenal traction in the wet but produces a lot of road noise. Cars like the Stinger and G70 would benefit far more with a better-tuned suspension and chassis and get coupled with a quality all-season instead like the G80, but that would cost more money. 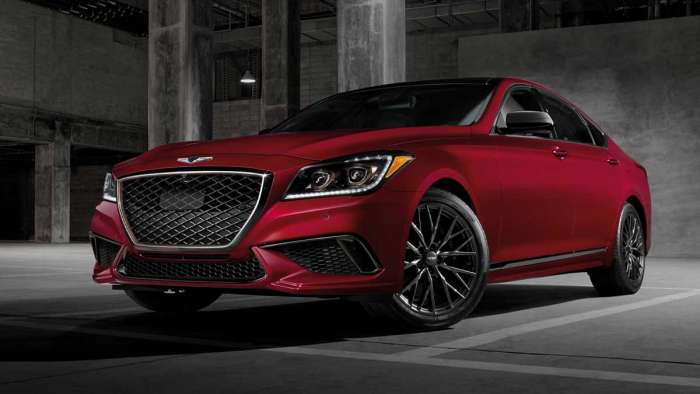 Some of you might be upset by this, for whatever reason. If you chose to worship and praise the Korean brands good for you, you should. The trio is producing phenomenal cars for an excellent price and all the features you seem to like. But no car is perfect, and when you build certain performance cars to a price point, you are left with something subpar. This reason is why I believe the Korean car manufacturers are at its best producing affordable quality family cars, or the other extreme, expensive luxury cars like the Genesis G80 and G90. Both the G80 and G90 are some of the best vehicles on the planet, wanted by no one because there is no brand cachet with Genesis. Nobody wants to pay $50k-$75k on a Korean luxury car, so the company compromised and produced affordable offerings that are half baked but have 0-60 times under 5 seconds and Apple Carplay. That’s all people care about nowadays.

Please read the rest of my Hyundai stories here.

David Waldrup wrote on August 17, 2020 - 1:47pm Permalink
I have to say I really enjoy my 2013 Genesis R-Spec. With that amazing V8 I get the same acceleration numbers I used to get with my 1999 Corvette Z51. Plus I get all the luxury amenities, comfortable ride for four adults and great reliability. Even seven model years later it still looks good IMHO.
Kevin wrote on August 17, 2020 - 11:10pm Permalink
Yes, the Genesis R-Spec with the 5.0l V8 is definitely a monster. Very cool car! It's also a quality driving experience.
Kevin wrote on August 17, 2020 - 11:09pm Permalink
Quick correction in the article. The Stinger came equipped with the Michelin Pilot Sport 4 summer tire, not the 4s. The point still remains but the regular 4 is a slightly softer version of the 4s tuned slightly more for comfort. Why they make so many different versions is beyond me. The MPS4 should not be confused with the Michlin Pilot All Season 4, again with a very similar name.
Joe wrote on August 18, 2020 - 4:15pm Permalink
Having purchased a 2017 G89 It came with the Michelin’s pilots. I found they seem to skid a bit and tire wear was not the best. Swapped them out for a set of pirelli’s Much better
Tetra wrote on August 17, 2020 - 11:50pm Permalink
For a 168mph car you need an all season that can handle the speed rating. I haven’t found a 19” all season that can do that yet... Needs to be W or Y. This is why the all season equipped Stingers lock the limiter to 149mph. Interesting read, but I disagree. The sport back and utility function is exactly why I bought it. The handling is just fine. If I wanted to drive it around the track I could spend a few Jed for a rear sway bar and subframe collars and it’d sit flat as a go cart!
Kevin wrote on August 18, 2020 - 3:18pm Permalink
Continental Extreme Contact DWS All Seasons are rated to do 186 MPH. The sport back & utility is why I purchased the Stinger as well. I still think it's a cool car, very exotic, looking, good features, etc. But objectively, the deficiencies of a sport back design still remain. It will never be as rigid as a traditional sedan. I have since owned the BMW 440i Gran Coupe which is a far superior driving experience to the Stinger so it shows that a strut based suspension coupled with a great chassis can be great since BMW did it. I have also driven the 340i sedan and it is even more rigid than the 440i Gran Coupe since it is a traditional sedan. I still love the 440i but objectively, the 340i is the superior driving vehicle as is the G70 to the Stinger. I can only comment on the vehicle's stock from the factory. These are the objective points I came up with after test driving and owning these vehicles. I respect you and your opinion and you are very blessed my friend to own that beautiful Stinger. Enjoy it and consider the Continentals and perhaps look into the new Michelin Pilot All Season 4 not to be confused with the Michelin Pilot Sport 4 summer tire that the Stinger RWD came equipped with from the factory. Thank you for stopping by, stay blessed.
Alex wrote on October 29, 2020 - 9:10am Permalink
I have a G70 with manual transmission. With the stock Pilot Sport 4 tires, the G70 handles truly excellent through the tight turns. I drove on the Tail of the Dragon and the G70 was as good as the 440i I had rented. However, I put Goodyear Assurance Comfortred on the G70 and at 75-80mph, the G70 is nearly undrivable in the crosswind. The rear end starts fishtailing in the crosswind. I could not believe the truly scary and unsafe-feeling handling. I tried the same Comfortred on my 2010 Honda Accord, and there was no problem whatsoever with highway stability. Also, I put the Pilot Sport 4 from the G70 on my 2010 Accord, and the Accord handled just as well as the G70 if not better. I was amazed. You can rag on Goodyears, but I have the Comfortred on my 2002 BMW 325i and on my 2010 Accord, and I have never had highway crosswind stability issues, so this problem pertains to the G70.