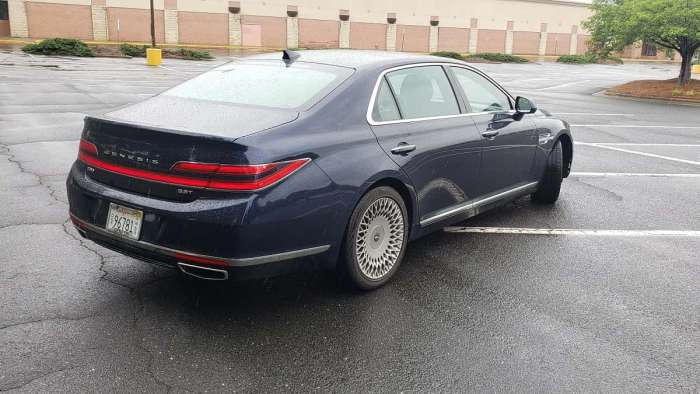 Since the 2017 model year, the name Genesis has been a full-fledged brand with features that are almost exclusive to it. Three years later, the Genesis range includes three sedans, the sporty G70, the intermediate G80 and the opulent G90, completely renewed for 2020.
Advertisement

If the Genesis G90 is rare on our roads, it has more followers in its country of origin, South Korea, not only because it is the presidential car, but also because the motorists are generally fond of big cars; and the G90 is not small.

The large G90 sedan appeared for the 2017 model year with a very discreet silhouette. People who are interested in this type of luxury car do not necessarily seek attention, but when you spend close to $80,000 on a sedan, the design must be up to the asking price.

The exterior style of the 2020 Genesis G90 is further enhanced with the 2020 version. For example, the full-length taillights are a nice addition. The car's proportions are perfect and the standard 19-inch wheels are crisp. They feature some of the best design elements available in the industry today, and like almost everything else with the G90, they are standard.

And then there is this grille. How you feel about it may depend on your willingness to accept the different looks that are going to be given to you because of its rather daring nature. The grille of the 220 G90 is more comparable to that of Lexus and Audi.

Even the grille of the BMW X7 has nothing to envy, which speaks volumes. At the same time, it clashes a little with the rest of the style which is much more subdued. 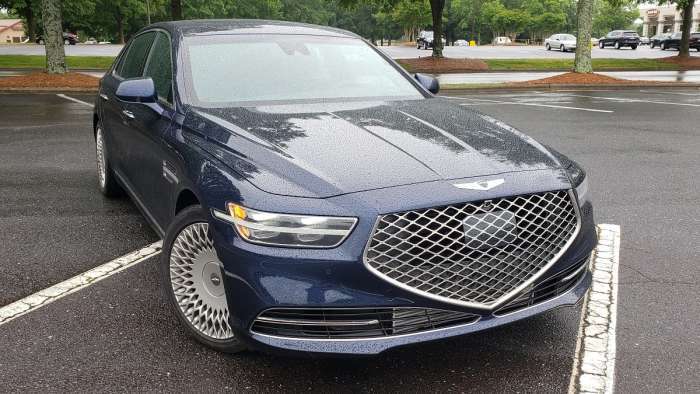 It's already been a few seasons that Genesis - or even Hyundai - has shown us all its know-how in terms of quality of execution. After all, a quick glance inside a Hyundai Palisade reveals that the manufacturer's generic wing can do it. Rest assured, the Genesis G90 is better finished than the three-row SUV with open-pore trim on the dashboard, door panels, center console (front and rear), and even the back of the seats. Nappa leather is also ubiquitous throughout the interior, as are fine plastics.

As a good prestige vehicle, the G90 is very welcoming for its passengers, the first row seats are of exemplary softness. At the rear, the space reserved for two or three passengers is worthy of business class with these two heated and ventilated reclining seats. Genesis even installed additional lumbar controls for maximum comfort. The only thing missing is the massage function for the rear seats that some competitors offer.

Back at the front, the dashboard is the same as that of the previous model, the air conditioning buttons which are grouped on a strip in the center, just above the gearbox lever, while the other keys for quick navigation through the infotainment system menus are also close at hand. The wheel located in the center console is also used to navigate from menu to menu. 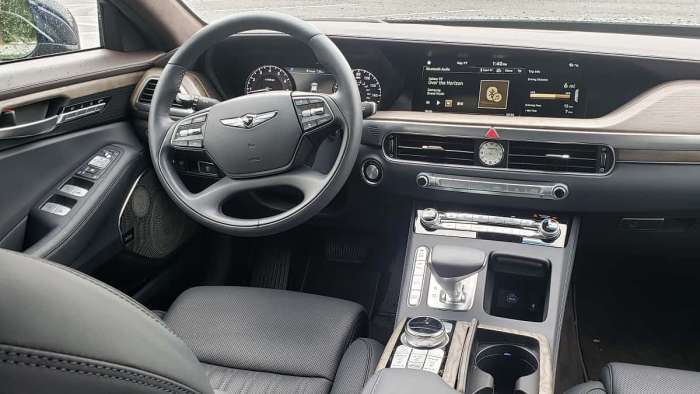 In addition to making the center console more attractive, Genesis made it easier to use by reducing the number of buttons. The multimedia system screen is very wide and offers an intuitive interface, a responsive touchscreen and beautiful colors, in addition, to support for the Apple CarPlay and Android Auto applications. In fact, it is the colors that make the main difference between what we find here and what we find elsewhere in the Hyundai range.

While the Genesis G90 doesn't come with a rear-view mirror, to improve visibility, Genesis installed cameras to show us the blind spots on both sides of the car. The display appears on each side of the dashboard as soon as the indicator is activated.

Genesis G90 is an incredible luxury sedan, soft, comfortable, powerful and even pretty. In 2019 Genesis has sold 2,238 units in the United States, according to Carsalesbase. You don't see many of G90s on the streets because the problem is in the emblem which does not have all the history and the fame of the German luxury brands which have been present in the segment for a very long time. Even Lexus is starting to gain maturity with its LS.

Genesis G90 has a strong depreciation after only a few years. In two or three years, a G90 could be bought at half price with ridiculously low mileage and it is a safe bet that reliability will be there. This is also the case with all these luxury German cars,

The main competitors of Genesis G90

Should the luxurious wing of Hyundai consider going electric for its flagship sedan to fight back at the Mercedes-Benz EQC, an S-Class entirely powered by electric power? It is still a little early for Genesis, the brand that must first establish itself on the market.