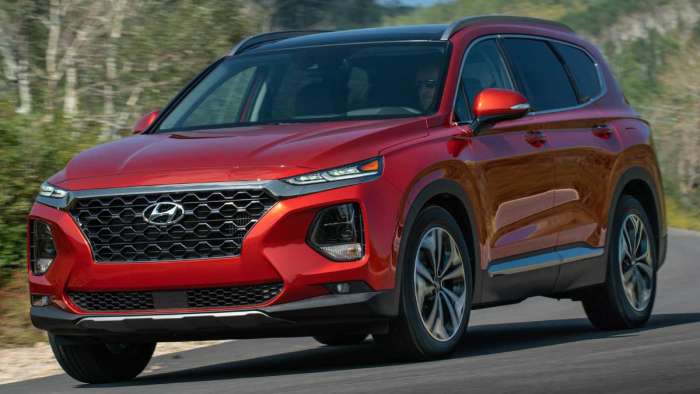 Hyundai’s lease deals for June 2020 has gone up a bit, but there are still some affordable options worth looking into.
Advertisement

Hyundai is known for being an affordable car, and nowadays, they make some of the most satisfactory vehicles to drive on an everyday basis. They are comfortable, quiet, and come with a lot of standard equipment, whereas other manufacturers would nickel and dime you.

Recently, lease deals and other incentives got released for June 2020. These deals will end on June 30th, 2020, and these deals are specific to your location. For instance, I am in North Carolina, which might be one of the worst places to lease a car. If you are up north or in California, you may even see better lease deals.

Please keep in mind; these prices do not include taxes, fees, tags, etc. You can see on Hyundai’s website for yourself deals in your area by entering your zip code. These deals are for specific models, typically base models, but more info gets revealed if you enter your zip code. Most of these deals are for 36 months and 10,000 miles a year. Below I have listed out all of the current lease specials for June 2020.

It’s great to see some 2019 model year vehicles still on the list for Hyundai lease deals; however, the 2019 model year leases are not as good as last month. This phenomenon makes sense because the residuals keep dropping every month as the cars get older. However, you may qualify for some dealer discounts as dealerships are usually more motivated to get rid of more aged inventory but, depending on each dealership. Ask your local dealer if they can cut you some slack on a 2019 vehicle.

I noticed Hyundai had increased the lease price and the money down required for the 2019 Hyundai Ioniq electric. Last month the Ioniq lease deal was an iconic $99 a month with a little under $1,000 down. Again, that was for a 2019 Ioniq electric, and one month later, residuals dropped. You can still scoop up a 2019 Ioniq for as low as $109 a month and $2,500 due at signing.

You probably also noticed many of these lease deals involve a certain amount due at signing. If possible, don’t pay any money down on a lease. The beauty of leasing is that if you don’t drive a lot, you get to enjoy lower payments and keep more of your cash. It’s a bit counter-intuitive to put a large sum down on a lease as you will not see its benefit. For example, the 2020 Hyundai Veloster lease of $179 a month a $2,599 down is really $251.19. Most of these leases are for 36 months and 10,000 miles a year, so take the $2,599 and divide by 36. This division gives you $72.19, which you would add to the $179.

So try your best not to put anything down, not even a first payment, make the dealership pay that if you can along with the tax, tags, fees, etc. Have all those fees rolled into your payment so you can walk out of the dealership with $0 out of pocket. Please also make sure to read your lease contract and ask the finance manager what is and is not included in your lease. I have been noticing that some manufacturer leases are not incorporating free maintenance, they make that a separate item you have to pay for. Hyundai is usually pretty good about offering complimentary maintenance for three years. Make sure that gap insurance is also included in your lease in case your vehicle gets totaled, but let’s hope that doesn’t happen.

I did not mention financing options for June 2020, but rest assured, Hyundai is still offering payment deferrals for up to 3 months and competitive APR figures throughout the range, even as low as 0% interest for specific models. June 2020 still has some sweet deals going on, so if you are in the market, now’s still an excellent time to get a new car.