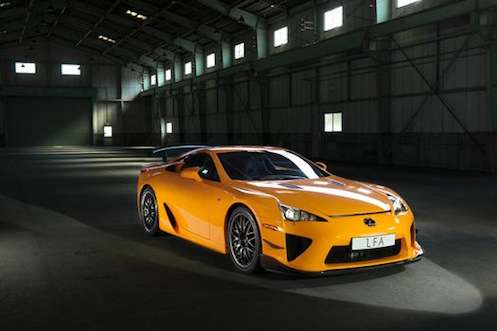 Toyota to build a sports supercar with help from BMW

Akio Toyoda, President of Toyota, met today with Norbert Reithofer, Chairman of BMW, in Munich to announce the planned expansion of their existing cooperation initiated in December last year. According to the announcement made today in Munich, the two auto giants signed a memorandum of understanding (MoU) that will form a long-term strategic collaboration in four fields: joint development of a fuel cell system, joint development of architecture and components for a future sports vehicle, collaboration on powertrain electrification and joint research and development on lightweight technologies.

While the announcement didn’t give specific details on the new future sports car that will come out of the partnership, we know that Akio Toyoda has a passion for racing and has made it clear that he wants Toyota to develop a supercar that will compete with the worlds fastest cars. When Toyoda took over three years ago, he infused his car company with a new spirit, and as a certified test driver for Germany's famed Nurburgring, Toyoda brought a racing passion to the company.

The first result was a partnenship he formed with Subaru in the development of the Toyota GT 86, the Scion FR-S and the Subaru BRZ rear-wheel drive sports car. Before the creation of the GT 86 and the FR-S, Toyoda asked himself, “where is the passion in our lineup?, I want to build a sports car.” Akio Toyoda wanted an authentic sports car that would have an affordable price, and he delivered in a big way.

But Toyoda isn’t finished yet. This new collaboration with BMW is the next step he needs to take by using BMW’s expertise in building sports cars to enable the Japanese CEO to fulfill his dream of developing a Toyota supercar. In the press release today, Toyoda said, "BMW and Toyota both want to make ever-better cars.  We respect each other.  That is why we already can take the next step together." He went on to say: "Toyota is strong in environment-friendly hybrids and fuel cells … I believe BMW's strength is developing sports cars.  I get so excited thinking about the cars that will result from this relationship."

BMW needs Toyota’s hybrid and fuel-cell technology to further their goals, but Akio Toyoda needs BMW’s performance know-how to develop the kind of cars that will transform his company from being known for building the Toyota Camry, to a company that will be known for its high-performance sports cars. If you are a fan of performance cars, it’s a great time to be alive. Most of the auto makers are moving towards building performance oriented divisions and using that racing technology in their production vehicles.

Look for this collaboration between BMW and Toyota to help Akio Toyoda accomplish his vision to bring a high-performance supercar and a number of exciting sports cars to the Toyota lineup in the next decade.

Tesla-Funded Research Reveals One of The Biggest Mysteries of EV Battery
Tesla Tesla Buyer Nets a Whopping $12,000 Discount After Asking for Reduction
END_OF_DOCUMENT_TOKEN_TO_BE_REPLACED