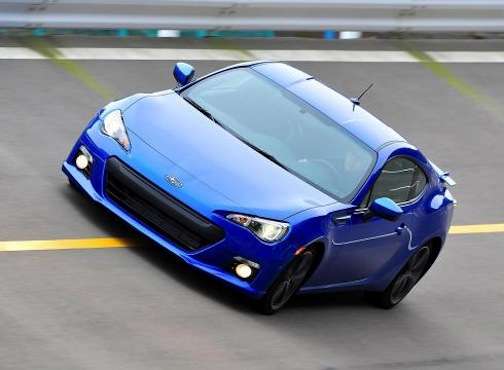 Subaru working on a faster version of the BRZ

Sports car fans would love to see turbocharged models of the Subaru BRZ and the Scion FR-S, and the Japanese automakers may be working on faster versions for their customers.
Advertisement

There is good news and bad news for Subaru BRZ and Scion FR-S fans. The bad news is, we will not see a Subaru BRZ or a Scion FR-S come factory equipped with a turbocharged variant anytime soon. The good news is, Subaru is working on a high-performance version of the 2.0-liter boxer four-cylinder engine for the BRZ.

But don’t look for Subaru to do it by bolting a turbocharger to the flat-four cylinder. There are a number of reasons they won’t be coming out with a turbo model. Subaru says space is too limited at the front of the engine compartment to squeeze in an intercooler. They also say the turbo variant would be too heavy on fuel. But this doesn’t make a lot of sense because auto makers are turning to smaller engines with turbo’s to get fuel-efficiency up.

But the real reason could be because a turbo model would raise the price from $24,495 to near the $30,000 mark. We’re not sure of Subaru’s thinking here because the turbocharged WRX STI is well over $30,000 and it hasn’t been an issue. Atake said the BRZ will not be turbocharged also because they “want to keep turbocharging separate. It is for models like the WRX STi.”

But for now, we can look for the Subaru BRZ and the Scion FR-S to get some major performance upgrades from the current model. Subaru is developing the base 2.0-liter boxer engine and will be designing a larger intake and exhaust system, making modifications to the engine's variable valve control system, and having an even higher rev limit of around 7,500 rpm.

As well as developing more power, the hi-performance BRZ is set to weigh even less than the 1,250kg standard car, thanks to racing bucket seats and potentially a carbon fibre roof and bonnet, which will further help to lower the car's center of gravity. Other tweaks will include a dramatic bodykit, stiffened and lowered suspension, lighter but larger 18-inch alloy wheels and upgrades to the brakes.

We have no information when the new high-performance BRZ will be out, but if the new car sells as well as the current model, you might want to put your order in now.