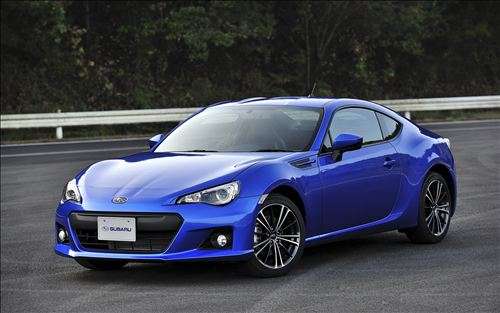 Subaru BRZ demand is pushing prices higher and deliveries into 2013

Overwhelming demand for the the all-new Subaru BRZ is pushing deliveries of the rear-drive sports car in the Japanese market into January 2013.
Advertisement

As reported by FT-86 Club, the Japanese daily Nikkel says that due to overwhelming demand, deliveries of the Subaru BRZ in the Japanese market will be pushed to January 2013. While there is no word on how this will affect the U.S. market BRZ deliveries, the parent company of Subaru, Fuji Heavy Industries is reporting demand is four times higher than what they forecast. It’s a safe bet that U.S. deliveries will also be affected.

FT-86 Club says that the Fuji Heavy Industries factory in Gunma is unable to keep up with the production necessary to keep deliveries on schedule. This comes less than one month after the BRZ and FR-S began production in the middle of March, and only two weeks after the BRZ went on sale in Japan on March 28th.

With a base model Subaru BRZ starting at $25,495, it’s no wonder that the rear-wheel-drive affordable sports car is in such high demand. Inside Line is reporting that a Subaru dealer who is receiving 20 BRZ’s this year, has put a non-negotiable $5,000 markup on every one of the sportscars. In an email correspondence with a customer, the dealer stated, “Because of it's limited availability and the fact that so many are already being pre-ordered and we are only getting an allotment of 20 for the year we are charging a non-negotiable mark up of $5,000 on every BRZ that we are getting”.

MSRP stands for manufacturers suggested retail price and independent dealers are free to charge whatever they can get. If something hot with a limited supply rolls through the door, there's no reason they won't add a few grand on top of MSRP to help boost profits. Even though supplies of the BRZ are limited, Subaru has put up a BRZ Configurator website to help potential buyers figure out how much it will cost to drive the model of their choosing off the dealer lot.

There are two options, either Premium or Limited trim levels, and then the choices are limited to color, transmission and a host of dealer-installed accessories like an ashtray, chrome fender trim or an auto-dimming mirror with a HomeLink transmitter.

With Subaru only importing 6000 BRZ’s into the U.S., it may be hard to get your hands on one. But BRZ’s cousin the Scion FR-S isn’t being capped at such a low number and many Subaru buyers may have to go down the street to their local Scion dealer if they want an affordable sports car.