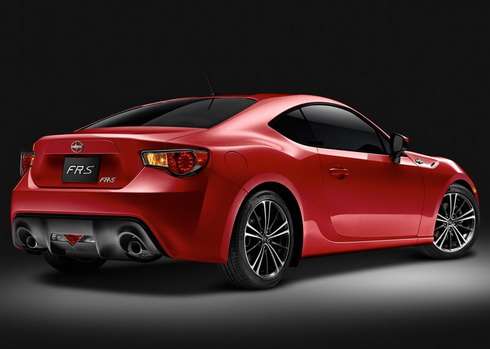 The highly anticipated 2013 Scion FR-S was put to the test on the dyno and has some impressive results.
Advertisement

Akio Toyoda, who is the president of Toyota, has brought new passion to the Japanese automaker and infused the brand with a competitive spirit. Toyoda who isn’t your typical grey-suited CEO, is a certified test driver for Germany's famed Nurburgring, and regularly drives competitive vehicles.

Before the creation of the FR-S, Toyoda asked himself, “where is the passion in our lineup?, I want to build a sports car.” With Toyoda’s racing background and his love for fast cars, he has been instrumental in developing the Toyota GT 86 that will be sold across the globe, and the Scion FR-S here in the U.S.

The Toyota GT 86, Scion FR-S, and Subaru BRZ are getting closer to a release date and Inside Line was lucky enough to get their racing gloves on a FR-S and threw it on the dyno to see how the sports car would perform. The naturally aspirated 2.0-liter four cylinder with 200 horsepower and 151 pound-feet of torque isn’t all that impressive on paper but they found out some interesting things about the four-cylinder boxer engine.

The engine that was developed by Subaru and Toyota delivered what Inside Line called "the most repeatable runs on the dyno of any car in recent memory," with peak wheel power measuring 173 horsepower at 7,000 rpm and 143 pound-feet of torque at 2,500 rpm’s. So what happened to the advertised 200 horsepower? The numbers on a dyno are generated at the rear wheels and most manufacturers record horsepower and torque at the crankshaft.

That can mean a loss of 10 to 20 percent loss of power when you factor in the loss through the transmission, driveshaft, and differential. They found that the 2.0-liter engine was impressively consistent in producing 173 horsepower at 7,000 rpm and 143 pound-feet of torque at 2,800 rpm. The peaks, horsepower, and torque curves were almost identical on every run on the dyno.

This is the world's only front-engine, rear-drive sports car powered by the all-new Subaru boxer engine that features Toyota-sourced direct injection. Because of its unique design, the boxer sits low and farther back in the chassis which keeps the center of gravity as low as possible which is an ideal thing for a sports car.

It’s a testament to Subaru and Toyota for developing an engine with the kind of consistency and power output without the use of a turbo. The boxer engine produces strong low-end torque and just a 14 percent drop in torque at 4000 rpm. The engineers did a great job of developing a four-cylinder engine producing 200 horsepower in a sports car that costs less than $30,000. Now just imagine what will happen when they bolt a turbocharger to the four-cylinder boxer.